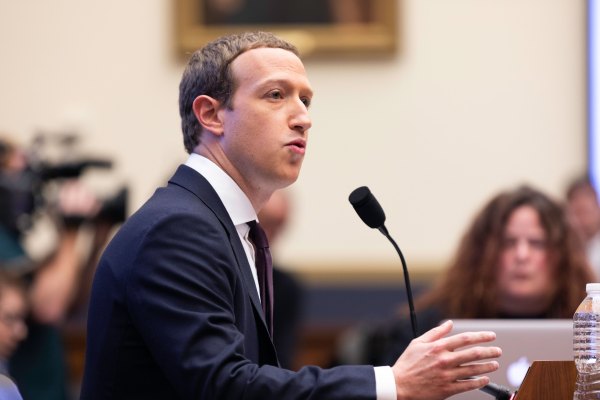 In an interview with Axios, Mark Zuckerberg shot down suspicions that Facebook is giving President Trump lenient treatment on the platform as part of a closed-door agreement.

“I’ve heard this speculation, too, so let me be clear: There’s no deal of any kind,” Zuckerberg told Axios. “Actually, the whole idea of a deal is pretty ridiculous.”

While Trump faces increasing scrutiny for rule violations on other social platforms — most notably Twitter — the president’s activity on Facebook has largely remained untouched. In October, Zuckerberg faced criticism for attending an undisclosed dinner at the White House with the president and Facebook board member and close Trump ally Peter Thiel.

“I accepted the invite for dinner because I was in town and he is the president of the United States,” Zuckerberg said, noting that he’d done the same during the Obama administration. “The fact that I met with a head of state should not be surprising, and does not suggest we have some kind of deal.”

In a company Q & A last week, the Facebook CEO defended his relationship with President Trump to employees.

“One specific critique that I’ve seen is that there are a lot of people who’ve said that maybe we’re too sympathetic or too close in some way to the Trump administration,” Zuckerberg said, arguing that “giving people some space for discourse” was not the same as agreeing with their beliefs.

While there’s certainly a notably friendly dynamic between Facebook and the Trump administration, an explicit agreement designed to benefit Facebook isn’t that likely, if only because of the firestorm it would ignite were it to come to light. The idea that Facebook could extract a deal from the president, say for less regulatory scrutiny, is also hard to imagine due to the fact that any change to regulations governing Facebook would also apply to other online platforms. When President Trump signed an executive order designed to punish Twitter for taking action against his tweets, that threat applied across the board to all social media sites, including Facebook.

Still, the Justice Department, which often works closely with Trump’s White House to pursue the president’s own agenda, can choose which fights to pick in its antitrust pursuits. And Trump’s ability to mobilize his political allies in Congress against enemies of his choosing could create headaches for a company like Facebook around claims of political bias. Facebook’s seemingly conciliatory stance toward the White House and the Trump campaign isn’t likely to have gone unnoticed.

Zuckerberg’s reluctance to criticize Trump is well-documented, but he has been slightly more critical of the administration in recent days. Last week, he held a live-streamed chat with Anthony Fauci, a key voice for the scientific community’s pandemic response — and one currently on the outs with Trump. In the chat, Zuckerberg didn’t name Trump explicitly, but criticized the U.S. government’s failure to scale up national testing and the refusal for some parts of the administration to recommend mask-wearing as a protective measure.