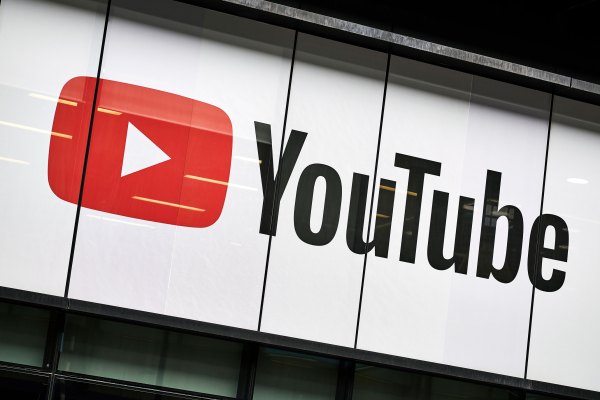 YouTube has been the slowest of the big social media platforms to react to the threat of letting president Trump continue to use its platform as a megaphone to whip up insurrection in the wake of the attack on the US capital last week. But it’s now applied a temporary upload ban.

In a short Twitter thread today, the Google-owned service said it had removed new content uploaded to Trump’s YouTube channel “in light of concerns about the ongoing potential violence”.

At the time of writing the verified Donald J Trump YouTube channel has some 2.78M subscribers.

“Given the ongoing concerns about violence, we will also be indefinitely disabling comments on President Trump’s channel, as we’ve done to other channels where there are safety concerns found in the comments section,” YouTube adds.

2/ Given the ongoing concerns about violence, we will also be indefinitely disabling comments on President Trump’s channel, as we’ve done to other channels where there are safety concerns found in the comments section. https://t.co/1aBENHGU5z

We reached out to YouTube with questions about the content that was removed and how it will determine whether to extend the ban on Trump’s ability to post to its platform beyond seven days.

A spokeswoman confirmed content that was uploaded to the channel on January 12 had been taken down for violating its policies on inciting violence, with the platform saying it perceiving an increased risk of violence in light of recent events and due to earlier remarks by Trump.

She did not confirm the specific content of the video that triggered the takedown and strike.

According to YouTube, platform is applying its standard ‘three strikes’ policy — whereby, within a 90 day period, if a channel receives three strikes it gets permanently suspended. Under this policy a first strike earns around a week’s suspension, a second strike earns around two weeks and a third strike triggers a termination of the channel.

At the time of writing, Trump’s official YouTube channel has a series of recent uploads — including five clips from a speech he gave at the Mexican border wall, where he lauded “successful” completion of the pledge during the 2016 election campaign to ‘build the wall’.

In one of these videos, entitled “President Trump addresses the events of last week”, Trump characterizes supporters who attacked the US capital as a “mob” — and claims his administration “believes in the rule of law, not in violence or rioting” — before segueing into a series of rambling comments about the pandemic and vaccine development.

The clip ends with an entreaty by Trump for “our nation to heal”, for “peace and for calm”, and for respect for law enforcement — with the president claiming people who work in law enforcement form the backbone of the “MAGA agenda”.

An earlier clip of Trump speaking to reporters before he left for the tour of the border wall is also still viewable on the channel.

In it the president attacks the process to impeach him a second time as “a continuation of the greatest witch-hunt in the history of politics”. Here Trump name-checks Nancy Pelosi and Chuck Schumer — in what sounds like a veiled but targeted threat.

While YouTube has opted for a temporary freeze on Trump’s megaphone, Twitter banned the president for good last week after one too many violations of its civic integrity policy.

Facebook has also imposed what it describes as an “indefinite” suspension — leaving open the possibility that it could in future restore Trump’s ability to use its tools to raise hell.

Up to now, YouTube has managed to avoid being the primary target of ire for those criticizing social media platforms for providing Trump with a carve out from their rules of conduct and a mainstream platform to abuse, bully, lie and (most recently) whip up insurrection.

However the temporary freeze on his account comes after civil rights groups had threatened to organize an advertiser boycott of its platform.

Per Reuters, the Stop Hate for Profit (SHP) campaign — which previously led a major advertisers boycott of Facebook last summer — had demanded that YouTube take down Trump’s verified channel.

“If YouTube does not agree with us and join the other platforms in banning Trump, we’re going to go to the advertisers,” one of SHP’s organizers, Jim Steyer, told the news agency.

In its official comments about the enforcement action against president Trump, YouTube makes no mention of any concern about ramifications from its own advertisers. Though, in recent years, it has faced some earlier boycotts from advertisers over hateful and offensive content.

In background remarks to reporters, YouTube also claims it consistently enforces its policies, regardless of who owns the channel — and says it makes no exceptions for public figures. However the platform has been known to reverse a three strike termination — recently reinstating the channel of UK broadcaster TalkRadio, for example, after it received a third strike related to coronavirus misinformation.

In that case the channel’s reinstatement was reported to have followed an intervention by TalkRadio’s owner News Corp’s chairman, Rupert Murdoch. UK ministers had also defended the channel’s right to debate the merits of government policy.

In Trump’s case there are a dwindling number of (GOP) politicians willing to ride to his defense in light of the shocking events in Washington last week and continued violent threats being made online by his supporters.

However concern about the massive market power of tech platforms — meaning they are in a position to be able to take unilateral action and shut down the US president’s ability to broadcast to millions of people — is far more widespread.

Earlier this week Germany’s chancellor, Angela Merkel, called Twitter’s ban on Trump “problematic”, while lawmakers elsewhere in Europe have said it must lead to regulatory consequences for big tech.

So whatever his wider legacy, Trump certainly looks set to have a lasting policy impact on the tech giants he is now busy railing at for putting him on mute.