Will the quantum economy change your business? – TechCrunch 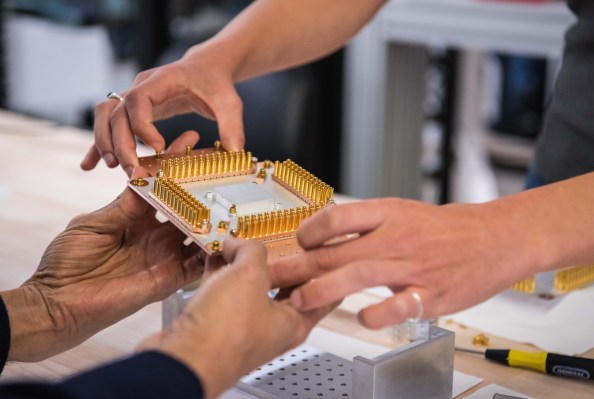 Google and NASA have demonstrated that quantum computing isn’t just a fancy trick, but almost certainly something actually useful — and they’re already working on commercial applications. What does that mean for existing startups and businesses? Simply put: nothing. But that doesn’t mean you can ignore it forever.

There are three main points that anyone concerned with the possibility of quantum computing affecting their work should understand.

1. It’ll be a long time before anything really practical comes out of quantum computing.

Google showed that quantum computers are not only functional, but apparently scalable. But that doesn’t mean they’re scaling right now. And if they were, it doesn’t mean there’s anything useful you can do with them.

What makes quantum computing effective is that it’s completely different from classical computing — and that also makes creating the software and algorithms that run on it essentially a completely unexplored space.

There are theories, of course, and some elementary work on how to use these things to accomplish practical goals. But we are only just now arriving at the time when such theories can be tested at the most basic levels. The work that needs to happen isn’t so much “bringing to market” as “fundamental understanding.”

Although it’s tempting to equate the beginning of quantum computing to the beginning of digital computing, in reality they are very different. Classical computing, with its 1s and 0s and symbolic logic, actually maps readily on to human thought processes and ways of thinking about information — with a little abstraction, of course.

Quantum computing, on the other hand, is very different from how humans think about and interact with data. It doesn’t make intuitive sense, and not only because we haven’t developed the language for it. Our minds really just don’t work that way!

So although even I can now claim to have operated a quantum computer (technically true), there are remarkably few people in the world who can say they can do so deliberately in pursuit of a specific problem. That means progress will be slow (by tech industry standards) and very limited for years to come as the basics of this science are established and the ideas of code and data that we have held for decades are loosened.

2. Early applications will be incredibly domain-specific and not generalizable.

A common misunderstanding of quantum computing is that it amounts to extremely fast parallel processing. Now, if someone had invented a device that performed supercomputer-like operations faster than any actual supercomputer, that would be an entirely different development and, frankly, a much more useful one. But that isn’t the case.

As an engineer explained to me at Google’s lab, not only are quantum computers good at completely different things, they’re incredibly bad at the things classical computers do well. If you wanted to do arithmetical logic like addition and multiplication, it would be much better and faster to use an abacus.

Part of the excitement around quantum computing is learning which tasks a qubit-based system is actually good at. There are theories, but as mentioned before, they’re untested. It remains to be seen whether a given optimization problem or probability space navigation is really suitable for this type of computer at all.

What they are pretty sure about so far is that there are certain very specific tasks that quantum computers will trivialize — but it isn’t something general like “compression and decompression” or “sorting databases.” It’s things like evaluating a galaxy of molecules in all possible configurations and conformations to isolate high-probability interactions.

As you can imagine, that isn’t very useful for an enterprise security company. On the other hand, it could be utterly transformative for a pharmacology or materials company. Do you run one of those? Then in all likelihood, you are already investing in this kind of research and are well aware of the possibilities quantum brings to the table.

But the point is these applications will not only be very few in number, but difficult to conceptualize, prove, and execute. Unlike something like a machine learning agent, this isn’t a new approach that can easily be tested and iterated — it’s an entirely new discipline which people can only now truly begin to learn.