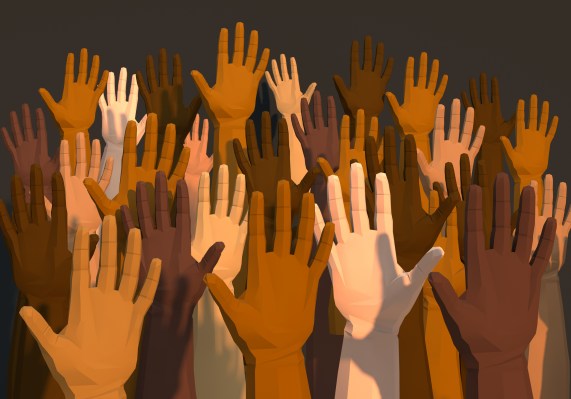 Rae Witte is a New York-based freelance journalist covering music, style, sneakers, art and dating, and how they intersect with tech. You can find her writing on i-D, The Wall Street Journal, Esquire and Forbes, among others.

“What happens after a company gets called out?” he asked over the phone. “Do you know what happens to the people in-house that come forward?”

A Black male engineer at a fashion tech company who wished to remain anonymous was telling me how he’d been passed over for promotions white counterparts later received after they’d pursued risky and unsuccessful projects. At one point, he said management tasked him with doing recon on a superior who made disparaging comments about women because his subordinates were uncomfortable reporting it directly to HR.

When human resources eventually took up the matter, the engineer said his participation was used against him.

More recently, his company brought furloughed employees back and managers promoted a younger, white subordinate over him. When he asked about the move, his direct supervisor said he was too aggressive and needed to be more of a role model to be considered in the future.

In the absence of industry leadership, there’s no blueprint to remedy institutional problems like these. The lack of substantial progress toward true representation, diversity and inclusion across several industries illustrates what hasn’t worked.

Audrey Gelman, former CEO of women-focused co-working/community space The Wing, stepped down in June following a virtual employee walkout. Three months earlier, a New York Times exposé interviewed 26 former and current employees there who described systemic discrimination and mistreatment. At the time, about 40% of its executive staff consisted of women of color, the article reported.

In December 2019, The Verge reported allegations of a toxic work environment at Away under CEO Steph Korey. After a series of updates and corrections in reporting, it seemed she would be stepping away from her role or accelerating an existing plan for a new CEO to take over. But the following month, she returned to the company as co-CEO, sharing the statement: “Frankly, we let some inaccurate reporting influence the timeline of a transition plan that we had.”

Last month, after Korey posted a series of Instagram stories that negatively characterized her media coverage, the company again announced she would step down.

In a public apology, staffs of Bon Appétit and Epicurious acknowledged that they had “been complicit with a culture we don’t agree with and are committed to change.”

Removing one problematic employee doesn’t upend company culture or help someone who’s been denied an opportunity. But with so much at stake when it comes to employing Instagram-ready branding, the lane is wide open for companies to meet the moment when it comes to doing the right thing.

A 2017 report by the Ascend Foundation found few Asian, Black and Latinx people were represented in leadership pipelines, and at that point, the numbers were actually getting worse. Seemingly, in an effort for transparency and accountability to do better, 17 tech companies shared diversity statistics and their plans to improve with Business Insider in June 2020. The numbers were staggering, especially for an initiative supposedly prioritized industry-wide in 2014:

Underrepresented minorities like Black and Latinx people still only make up single-digit percentages of the workforce at many major tech companies. When you look at the leadership statistics, the numbers are even bleaker.

While tech’s shortcomings show up clearly in a longstanding lack of diversity, companies in other industries polished their brands sufficiently to skate by — until COVID-19 and the call for racial justice after George Floyd’s murder called for lasting change.

In June, Adidas employees protested outside the company’s U.S. headquarters in Portland, Oregon and shared stories about internal racism. Just a year ago, The New York Times interviewed current and former employees about “the company’s predominantly white leadership struggling with issues of race and discrimination.”

In 2000, an Adidas employee filed a federal discrimination suit alleging that his supervisor called him a “monkey” and described his output as “monkey work.” When spokesperson Kanye West said in 2018 that he believed slavery was a choice, CEO Kasper Rorsted discussed his positive financial impact on the brand and avoided commenting on West’s statement.

In response to the internal turmoil at Adidas, the brand originally pledged to invest $20 million into Black communities in the U.S. over the next four years, increasing it to $120 million and releasing an outline of what they plan to do internally, Footwear News reported.

On June 30, Karen Parkin stepped down from her role as Adidas’ global head of HR in mutual agreement with the brand. In an all-employee meeting in August 2019, she reportedly described concerns about racism as “noise” that only Americans deal with. She’d been with the brand for 23 years.

Routinely protecting employees perceived as racist, misogynistic or abusive is bad for business. According to a 2017 “tech leavers” study conducted by the Kapor Center, employee turnover and its associated costs set the tech industry back $16 billion.

POC experience-centered social and wellness club Ethel’s Club invested into its community’s well-being and has not only managed to stay open (virtually) through the COVID-19 pandemic, it has managed to grow. Meanwhile, The Wing lost 95% of its business.

So, what really happens after the companies are called out? Often, the bare minimum. While the perpetrators of the injustice may endure backlash, abusers in corporate structures are often shifted into other roles.

Tiffany Wines, a former social media and editorial staffer at media/entertainment company Complex, posted an open letter to Twitter on June 19 alleging that Black women at the outlet were mistreated, sharing a story in which she claimed to have ingested marijuana brownies left in an office that was billed as a drug-free environment. Wines said she blacked out and accused superiors of covering up the incident after she reported it.

Her decision to speak up prompted other former employees to share stories alleging misogyny, racism, sexual assault and protection of abusers. One anonymous editor said she was asked if she would be comfortable with a workplace that had a “locker room culture” during a 2010 interview. (She did not end up working there.)

“We believe Complex Networks is a great place to work, but it is by no means perfect,” read the statement. “It’s our passion for our brands, communities, colleagues, and the belief that a safe and inclusive workplace should be the expectation for everyone.” It went on to state that they’ve taken immediate action, but it’s unclear if anyone has been terminated. [Complex is co-owned by Verizon Media, TechCrunch’s parent company.]

Members of the fashion community have formed multiple groups to combat systemic racism, establish accountability and advance Black people in the industry.

The Kelly Initiative is comprised of 250 Black fashion professionals hoping to blaze equitable inroads, and they’ve publicly addressed the Council of Fashion Designers of America in a letter accusing them of “exploitative cultures of prejudice, tokenism and employment discrimination to thrive.”

Co-founders of True To Size, Jazerai Allen-Lord and Mazin Melegy, an extension of the New York-based branding agency Crush & Lovely, started offering their Check The Fit solutions to the brands they were working with in 2019. The initiative is an audit process created to align in-house teams and ensure sufficient representation is in place for brands’ storytelling.

Check The Fit determines who the consumer is, what the internal team’s history is with that demographic and the message they’re trying to communicate to them, and how the team engage’s with that subject matter in everyday life and in the office. Melegy says, “that look inward is a step that is overlooked almost everywhere.”

“At most companies, we’ve seen a lack of coherence within the organization, because each department’s director is approaching the problem from a siloed perspective. We were able to bring 15 leaders across departments together, distill through a list of concerns, find points of leverage and agree on a common goal. It was noted that it was the first time they were able to feel unified in their mission and felt prepared to move forward,” Lord says of their work with Reebok last year.

Brooklyn-based retailer Aurora James established the 15 Percent Pledge campaign, which urges retailers to have merchandise that reflects today’s demographics: 15% of the population should represent 15% of the shelves.

During the melee that transpired largely on Twitter and Instagram only to attempt to be reconciled in boardrooms, one Condé Nast employee and ally has been suspended. On June 12, Bon Appétit video editor Matt Hunziker tweeted, “Why would we hire someone who’s not racist when we could simply [checks industry handbook] uhh hire a racist and provide them with anti-racism training…” As his colleagues shared an outpouring of support online, a Condé Nast representative said in a statement, “There have been many concerns raised about Matt that the company is obligated to investigate and he has been suspended until we reach a resolution.”

Simply reading through accusers’ first-person accounts, it often seems like these stories end up on public forums because little to nothing is done in favor of the people who step forward. The protection has consistently been of the company.

The Black engineer I spoke to escalated his concerns to his company’s CEO and said the executive was unaware of the allegations and seemed deeply concerned.

Seeing someone who seemed genuinely invested in doing the right thing “obviously, means a lot,” he said.

“But at the same time, I’m still really concerned knowing the broader environment of the company, and it’s never just one person.”