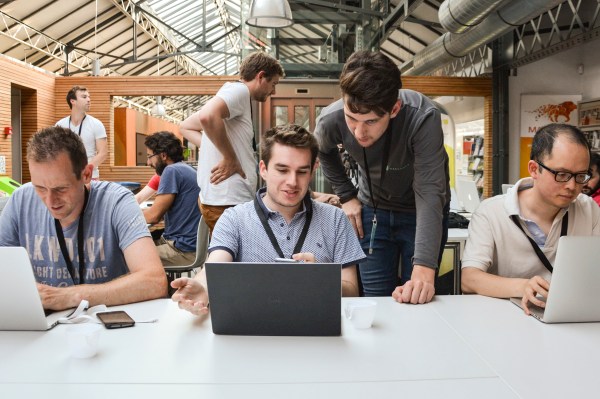 WeWork’s efforts to cut costs following the ouster of its chief executive officer and a delayed initial public offering looks to be impacting its subsidiaries. Meetup, which WeWork acquired for a reported $200 million in 2017, announced a round of layoffs this morning, TechCrunch has learned.

The company, which helps people foster in-person connections by facilitating events across the globe, has shed as much as 25% of its workforce, most of which were employees of the company’s engineering department, sources tell TechCrunch.

“Meetup’s top priority is building the best possible product for our community of more than 44 million members around the world,” a representative of the company said in a statement provided to TechCrunch. “Today we made some organizational changes with that goal in mind, including restructuring across some of our departments.”

The news follows WeWork’s own well-documented attempts at restructuring its high-loss business. Late last month, SoftBank provided the over-valued co-working business a much-needed lifeline in the form of a $5 billion loan, a $3 billion tender offer and another $1.5 billion in equity funding, according to The Wall Street Journal. That’s in addition to the billions already invested by the Japanese telecom giant, which now owns a roughly 80% stake. SoftBank’s mountain of cash had previously valued WeWork at an eye-popping $47 billion; the latest investment package, however, valued the company at just $8 billion.

Understandably, WeWork’s new leadership (former vice chairman Sebastian Gunningham and former president and chief operating officer Artie Minson are serving as co-CEOs) seem to be hyper-focused on its new cost-cutting strategy. Multiple reports have indicated the business is weighing sales of several of its subsidiaries, including Meetup, Managed by Q and Conductor. We’ve asked Meetup whether its parent company enforced the staff cuts and will update this story if we hear back.

As for WeWork, it must make a concerted effort to boost its balance sheet in the next few months if it plans to stay committed to a 2020 IPO. The company initially revealed its IPO prospectus in August, disclosing revenue north of $1.5 billion in the six months ending June 30 on losses of $904.6 million. Shortly after, its co-founder and former CEO Adam Neumann’s misbehaviors were published in a number of incriminating stories by The Wall Street Journal and other outlets. Neumann’s trashed reputation coupled with WeWork’s mounting losses forced the company to replace its founding CEO and shelve its IPO, which would have been the second-largest offering of 2019 behind only Uber.

Meetup, founded in 2002, was one of the first IRL social networks. Today’s cuts are not the first since WeWork came into the picture, according to earlier reporting by Gizmodo. Meetup shed roughly 10% of its staff amid negotiations for the acquisition and underwent cultural changes as managers pushed for growth and “more aggressiveness in the workplace.”

The future of Meetup is unclear. WeWork may move forward with a sale of the business or pressure its own cost-cutting measures on the company. In a recent email to Meetup members, CEO David Siegel wrote that he appreciated the recent outpouring of support from the community, as it became apparent the company was in a precarious position because of its owner.

“As you may be aware, there has been significant news about our parent company, WeWork, and what this means for the future of Meetup,” Siegel wrote. “As Meetup’s CEO, I want to personally tell you we’re as committed as ever to bringing people together in person.