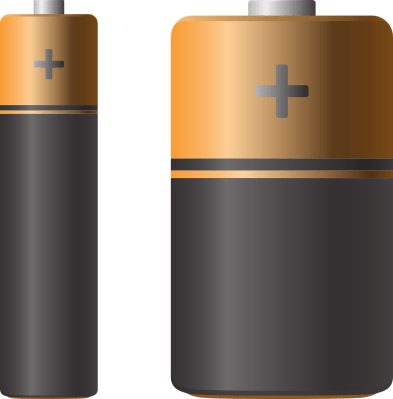 Volta Energy Technologies, the energy investment and advisory services firm backed by some of the biggest names in energy and energy storage materials, has closed on nearly $90 million of a targeted $150 million investment fund, according to people familiar with the group’s plans.

As the transition away from internal combustion engines and hydrocarbon fuels begins in earnest, companies are scrambling to drive down costs and improve performance of battery technologies that will be necessary to power millions of electric cars and store massive amounts of renewable energy that still needs to be developed.

“Capital markets have noticed the enormity of the opportunity in transitioning away from carbon,” said Jeff Chamberlain, Volta’s founder and chief executive.

It was born of an idea that began in 2012 when Chamberlain began talking with the head of the Department of Energy under the Obama administration. What began when Chamberlain was at Argonne National Lab leading the development of JCESR, the lead lab in the U.S. government’s battery research consortium, evolved into Volta Energy as Chamberlain pitched a private sector investment partner that could leverage the best research from National Laboratories and the work being done by private industry to find the best technology.

Support for the Volta project remained strong through both public and private institutions, according to Chamberlain. Even under the Trump administration, Volta’s initiative was able to thrive and wrangle some of the biggest names in chemicals, utility, oil and gas and industrial thermal management to invest in a $180 million fund that could be evergreen, Chamberlain said.

According to people with knowledge of the organization’s plans, the new investment fund, which is targeting $150 million but has a hard cap of $225 million, would complement the existing investment vehicle to give the firm more firepower as additional capital floods into the battery industry.

Back during the first cleantech boom the brains behind Volta witnessed a lot of good money getting poured into bad ideas and vaporware that would never amount to commercial success, said Chamberlain. Volta was formed to educate investors on the real opportunities that scientists were tracking in energy storage and back those companies with dollars.

“We knew that investors were throwing money into a dumpster fire. We knew it could have a negative impact on this transition to carbon,” Chamberlain said. “Our whole objective was to help guide individuals deploying massive amounts of their personal wealth and move it from putting money into an ongoing dumpster fire.”

That mission has become even more important as more money floods into the battery market, Chamberlain said.

The SPAC craze set off by Nikola’s public offering in electric vehicles and continuing through QuantumScape’s battery SPAC through a slew of other electric vehicle offerings and into EV charging and battery companies has made the stakes higher for everyone, he said.

Chamberlain thinks of Volta’s mission as finding the best emerging technologies that are coming to market across the battery and power management supply chain and ensuring that as manufacturing capacity comes online, the technology is ready to meet growing demand.

“Investors who do not truly understand the energy storage ecosystem and its underlying technology challenges are at a distinct disadvantage,” said Goldman Sachs veteran and early Volta investor Randy Rochman, in a statement. “It has become abundantly clear to me that nothing happens in the world of energy storage without Volta’s knowledge. I can think of no better team to identify energy storage investment opportunities and avoid pitfalls.”

The new fund from Volta has already backed a number of new energy storage and enabling technologies, including: Natron, which develops high-power, fire-safe Sodium-ion batteries using Prussian blue chemistry for applications that demand a quick discharge of power; Smart Wires, which develops hardware that acts as a router for electricity to travel across underutilized power lines to optimize the integration of renewable power and energy storage on the grid; and Ionic Materials, which makes solid lithium batteries for both transportation and grid applications. Ionic Materials’ platform technology also enables breakthrough advancements in other growing markets, such as 5G mobile, and rechargeable alkaline batteries.