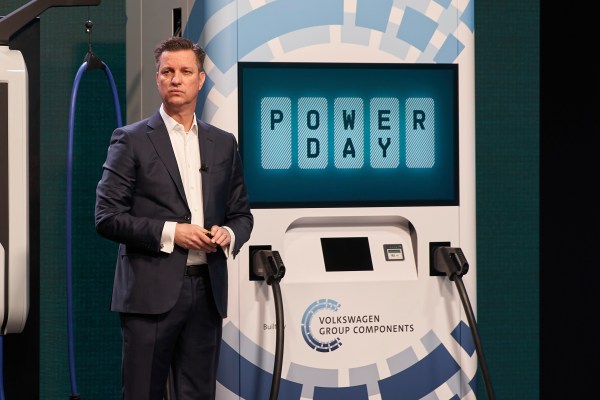 Volkswagen AG is gearing up to seize the top spot as the world’s largest electric vehicle manufacturer with plans announced Monday to have six 40 gigawatt hour (GWh) battery cell production plants in operation in Europe by 2030.

To get there, the automaker put in a 10-year, $14 billion order with Swedish battery manufacturer Northvolt — and that’s only one of the six planned factories. A second plant in Germany will commence production in 2025.

The company also announced serious investments in charging infrastructure across China, Europe and the United States. It aims to grow its fast-charging network in Europe to 18,000 stations with its partner IONITY, 17,000 charging points in China through its joint venture CAMS New Energy Technology, and to increase the number of fast-charging stations in the United States by 3,500.

The company called their first dedicated battery event “Power Day” in a clear nod to Tesla’s Battery Day. During the event, executives detailed novel battery chemistries that they said will reduce costs by up to 50%. The unified prismatic cell design, which the company dubbed the Unified Premium Battery, will be rolled out in 2023 and will be used across 80% of its EV models. The Audi Artemis, a luxury sedan, will be the first vehicle to be equipped with the unified battery, will be rolled out in 2024.

Scania AB, VW’s brand of heavy-duty trucks and buses, also has plans to increase its share of EVs. Departing from other major heavy-duty players that have opted for hydrogen fuel cells, company representatives on Monday said that it is unequivocally possible to electrify the heavy-duty transportation sector.

Looking to the battery’s end-of-life, VW said it will be able to recycle up to 95% of the battery through a process called hydrometallury.

This story has been updated with additional information.