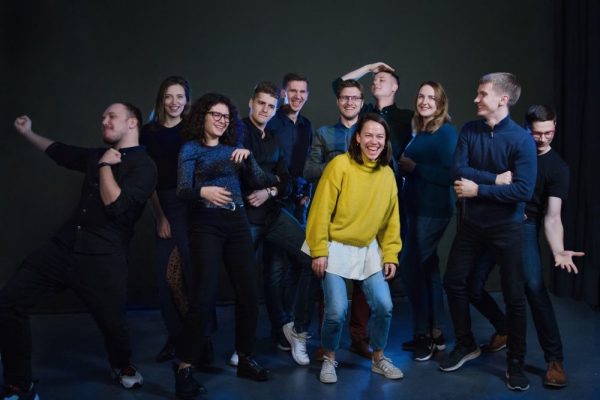 VOCHI, a Belarus-based startup behind a clever computer vision-based video editing app used by online creators, has raised an additional $2.4 million in a “late-seed” round that follows the company’s initial $1.5 million round led by Ukraine-based Genesis Investments last year. The new funds follow a period of significant growth for the mobile tool, which is now used by more than 500,000 people per month and has achieved a $4 million-plus annual run rate in a year’s time.

Investors in the most recent round include TA Ventures, Angelsdeck, A.Partners, Startup Wise Guys, Kolos VC and angels from companies like Belarus-based Verv and Estonian unicorn Bolt. Along with the fundraise, VOCHI is elevating the company’s first employee, Anna Buglakova, who began as head of marketing, to the position of co-founder and chief product officer.

According to VOCHI co-founder and CEO Ilya Lesun, the company’s idea was to provide an easy way for people to create professional edits that could help them produce unique and trendy content for social media that could help them stand out and become more popular. To do so, VOCHI leverages a proprietary computer vision-based video segmentation algorithm that applies various effects to specific moving objects in a video or to images in static photos.

“To get this result, there are two trained [convolutional neural networks] to perform semi-supervised Video Object Segmentation and Instance Segmentation,” explains Lesun, of VOCHI’s technology. “Our team also developed a custom rendering engine for video effects that enables instant application in 4K on mobile devices. And it works perfectly without quality loss,” he adds. It works pretty fast, too — effects are applied in just seconds.

The company used the initial seed funding to invest in marketing and product development, growing its catalog to over 80 unique effects and more than 30 filters.

Today, the app offers a number of tools that let you give a video a particular aesthetic (like a dreamy vibe, artistic feel, or 8-bit look, for example). It also can highlight the moving content with glowing lines, add blurs or motion, apply different filters, insert 3D objects into the video, add glitter or sparkles and much more.

In addition to editing their content directly, users can swipe through a vertical home feed in the app where they can view the video edits others have applied to their own content for inspiration. When they see something they like, they can then tap a button to use the same effect on their own video. The finished results can then be shared out to other platforms, like Instagram, Snapchat and TikTok.

Though based in Belarus, most of VOCHI’s users are young adults from the U.S. Others hail from Russia, Saudi Arabia, Brazil and parts of Europe, Lesun says.

Unlike some of its video editor rivals, VOCHI offers a robust free experience where around 60% of the effects and filters are available without having to pay, along with other basic editing tools and content. More advanced features, like effect settings, unique presents and various special effects, require a subscription. This subscription, however, isn’t cheap — it’s either $7.99 per week or $39.99 for 12 weeks. This seemingly aims the subscription more at professional content creators rather than a casual user just looking to have fun with their videos from time to time. (A one-time purchase of $150 is also available, if you prefer.)

To date, around 20,000 of VOCHI’s 500,000 monthly active users have committed to a paid subscription, and that number is growing at a rate of 20% month-over-month, the company says.

The numbers VOCHI has delivered, however, aren’t as important as what the startup has been through to get there.

The company has been growing its business at a time when a dictatorial regime has been cracking down on opposition, leading to arrests and violence in the country. Last year, employees from U.S.-headquartered enterprise startup PandaDoc were arrested in Minsk by the Belarus police, in an act of state-led retaliation for their protests against President Alexander Lukashenko. In April, Imaguru, the country’s main startup hub, event and co-working space in Minsk — and birthplace of a number of startups, including MSQRD, which was acquired by Facebook — was also shut down by the Lukashenko regime.

Meanwhile, VOCHI was being featured as App of the Day in the App Store across 126 countries worldwide, and growing revenues to around $300,000 per month.

“Personal videos take an increasingly important place in our lives and for many has become a method of self-expression. VOCHI helps to follow the path of inspiration, education and provides tools for creativity through video,” said Andrei Avsievich, general partner at Bulba Ventures, where VOCHI was incubated. “I am happy that users and investors love VOCHI, which is reflected both in the revenue and the oversubscribed round.”

The additional funds will put VOCHI on the path to a Series A as it continues to work to attract more creators, improve user engagement and add more tools to the app, says Lesun.