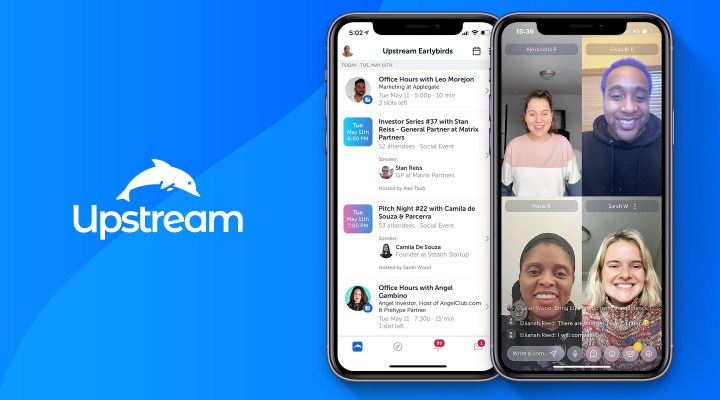 If you’re reading this, there’s a pretty good chance you have a LinkedIn profile with your digital resume and hundreds — if not thousands — of professional connections. But how many of those people do you actually know well, and, more importantly, do you ever connect with them and meet others from their networks?

“You don’t go to LinkedIn to meet people. You don’t hang out and spend meaningful time there,” said Alex Taub, co-founder and CEO of Upstream, a new professional networking platform that just closed a $2.75 million seed round, bringing their total raised to $3.25 million. The round was led by Ibex Investors and managing partner Nicole Priel (who joins the board) and includes participation by 8-Bit Capital, Human Ventures, NYVP, Converge Venture Partners and a number of angel investors.

“Your LinkedIn network is not a good representation of who you actually know and how well you know them. We see these places that LinkedIn isn’t particularly focused [on] and believe there are opportunities for multiple big companies to better serve the needs of professionals,” Taub added.

Unlike LinkedIn, Upstream focuses on generating meaningful connections between its members, and one way they go about it is by hosting digital events that start with a speaker, followed by breakout matched sessions that are five minutes each.

To get a sense of the product, Upstream invited me to be the speaker at last Friday’s “Upstream Social,” where I talked about my work as a journalist and then coincidently got matched with two founders — one in Brazil and the other in Boston. The week before, the guest speaker was U.S. Senator Cory Booker of New Jersey.

To me, the experience felt like LinkedIn meets Clubhouse meets Hoppin.

Upstream, which is pre-revenue and is Miami-based, is a company whose founder was attracted to the Sunshine State from NYC during the pandemic. Taub and his family signed a two-year lease here and plan to reevaluate their residence in the summer of 2022; they are one of the movers who are cautiously optimistic about the tech industry’s recent explosion in the Magic City.

Taub and his co-founder, Michael Schonfeld, are both serial entrepreneurs, having built and sold Social Rank for an undisclosed amount before launching Upstream in October 2020. The impetus for the company came as a solution to a struggle Taub faced in his daily life.

“Throughout my life, regardless of the job I’ve been in, I spend my time making introductions, connecting people and helping friends hire rock-star talent. Like many people, I get energy from helping others,” Taub said. “When COVID-19 hit and the job market took a dive last March, the number of requests for help I received increased 100X. I noticed quickly that my speed of responding to emails and brain capacity to connect the dots became the limiting factor in getting people help,” he added.

So it’s no surprise that Upstream started as a product where people could ask for help, and others from the community pitched in. The company now has more than 200 communities (similar to LinkedIn groups), and about 75% of the people who attend an initial Upstream event return for a second one.

“I joke that we are building a product that people need because I need it. We feel that we are the right team to solve this problem because we so desperately want it ourselves,” Taub said.