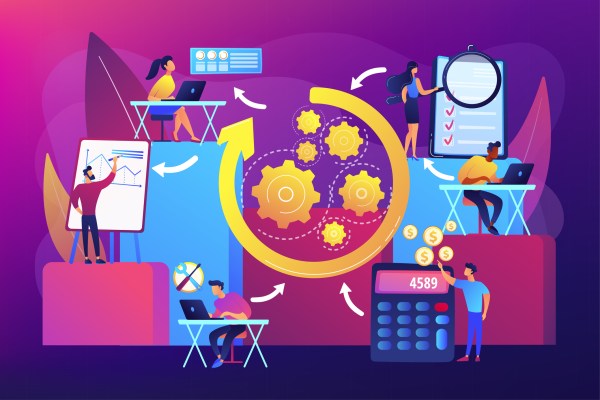 UiPath, the robotic process automation startup that has been growing like gangbusters, filed confidential paperwork with the SEC today ahead of a potential IPO.

“UiPath, Inc. today announced that it has submitted a draft registration statement on a confidential basis to the U.S. Securities and Exchange Commission (the “SEC”) for a proposed public offering of its Class A common stock. The number of shares of Class A common stock to be sold and the price range for the proposed offering have not yet been determined. UiPath intends to commence the public offering following completion of the SEC review process, subject to market and other conditions,” the company said in a statement.

The company has raised more than $1.2 billion from investors like Accel, CapitalG, Sequoia and others. Its biggest raise was $568 million led by Coatue on an impressive $7 billion valuation in April 2019. It raised another $225 million led by Alkeon Capital last July when its valuation soared to $10.2 billion.

At the time of the July raise, CEO and co-founder Daniel Dines did not shy away from the idea of an IPO, telling me:

We’re evaluating the market conditions and I wouldn’t say this to be vague, but we haven’t chosen a day that says on this day we’re going public. We’re really in the mindset that says we should be prepared when the market is ready, and I wouldn’t be surprised if that’s in the next 12-18 months.

This definitely falls within that window. RPA helps companies take highly repetitive manual tasks and automate them. So for example, it could pull a number from an invoice, fill in a number in a spreadsheet and send an email to accounts payable, all without a human touching it.

It is a technology that has great appeal right now because it enables companies to take advantage of automation without ripping and replacing their legacy systems. While the company has raised a ton of money, and seen its valuation take off, it will be interesting to see if it will get the same positive reception as companies like Airbnb, C3.ai and Snowflake.