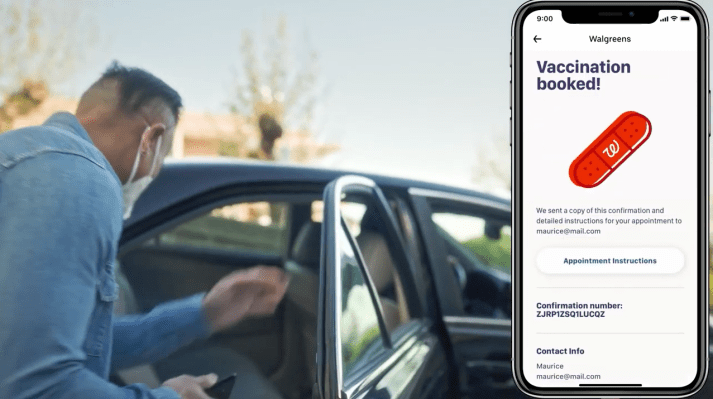 Uber unveils half a dozen new features, Samsung announces a new flagship laptop and Zomato files to go public. This is your Daily Crunch for April 28, 2021.

Uber announced a half dozen new features today, including the ability to make a vaccine appointment at Walgreens and then reserve a ride to get there.

Other additions include a valet service to drop off rental cars, reserved rides at airports and the ability to pick up food during a ride. In an interview, CPO Sundeep Jain suggested that these features are part of the company’s key focus for the past year, namely “helping users ‘go’ and helping users ‘get.’”

Here’s Samsung’s new flagship laptop series, the Galaxy Book Pro — These Windows machines continue the company’s push to blur some of the productivity lines between its Galaxy PC and mobile offerings.

Facebook hides posts calling for PM Modi’s resignation in India — Facebook temporarily hid all posts with the hashtag “ResignModi” in India, although a spokesperson said those posts have now been restored.

Netflix launches its shuffle feature, now called ‘Play Something,’ to users worldwide — This should make it easier to find something to watch when you can’t make a decision on your own.

Alchemy raises $80M at a $505M valuation to be the ‘AWS for blockchain’ — The company describes itself as the backend technology behind the blockchain industry.

MessageBird acquires SparkPost for $600M using $800M Series C extension — The acquisition enables MessageBird to get a stronger foothold in the U.S. market.

Splitwise raises $20M Series A to help everyone in the world divvy expenses — Splitwise aims to reduce the stress and awkwardness that money puts on relationships of all sorts.

Dear Sophie: What’s the latest on DACA? — The latest edition of “Dear Sophie,” the advice column that answers immigration-related questions about working at technology companies.

CES will return to Las Vegas in 2022 — Per a press release, roughly 1,000 companies have committed to returning.

India’s entrepreneurs and investors are mobilizing to help the nation fight COVID-19, and you can too — For a week straight, India has reported more than 300,000 daily new infections, about half of all the cases across the globe.

Porsche makes its case for an all-electric Taycan wagon — The Porsche Taycan 4 Cross Turismo offers a blend of practicality with a whole lot of power and speed for under $100,000.