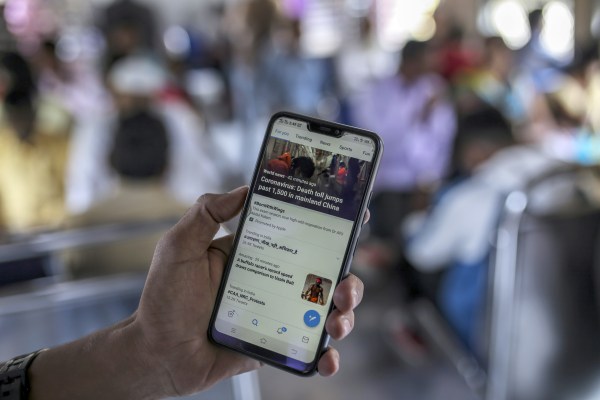 Five years after its launch, Twitter Moments is growing beyond the American social networking platform.

On Monday, Twitter said it had partnered with Dailyhunt to bring Moments to the Indian social app. Dailyhunt app now has a dedicated tab called ‘Twitter Moments India’ to showcase curated tweets pertaining to news and other events in the world’s second largest internet market.

The partnership will allow Twitter to extend its reach in India, where according to mobile insight firm App Annie (data of which an industry executive shared with TechCrunch), it had fewer than 75 million monthly active users last month. Dailyhunt, which last month raised $100 million from Google, Microsoft and AlphaWave among others, in comparison, claims to reach over 285 million users each day.

Unlike Twitter, Dailyhunt is also popular in smaller Indian cities and towns. The Indian social app, which serves users in 14 local languages, termed its partnership with Twitter as its “biggest collaboration” to date. The companies did not disclose financial terms of the deal.

“At Twitter, we are committed to doing what we can to ensure people can keep up with what the world is talking about at any given time. Moments — a curated set of Tweets about a particular topic — are a powerful way to do so. With this partnership with Dailyhunt, a platform that caters to diverse languages and readers from all parts of India, we are thrilled to extend Twitter Moments to the Dailyhunt app,” said Manish Maheshwari, Managing Director of Twitter India, in a statement. (Twitter is also an investor in Indian social app ShareChat, which in some ways, competes with Dailyhunt.)

Umang Bedi, co-founder of Dailyhunt and former head of Facebook India, said, “the past year has shown us the power of public opinion and awareness and it is incumbent upon us to mobilize this discourse by making information more accessible, more reliable, and more engaging. When a trusted partner with our shared vision of enabling consumers to create and share information without barriers validates our platform with their presence, we know we are on the right path.”