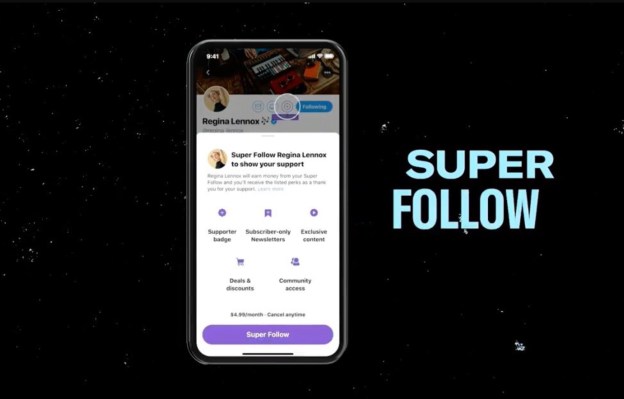 Twitter reveals its move into paid subscriptions, Australia passes its media bargaining law and Coinbase files its S-1. This is your Daily Crunch for February 25, 2021.

Twitter announced its first paid product at an investor event today, showing off screenshots of a feature that will allow users to subscribe to their favorite creators in exchange for things like exclusive content, subscriber-only newsletters and a supporter badge.

The company also announced a feature called Communities, which could compete with Facebook Groups and enable Super Follow networks to interact, plus a Safety Mode for auto-blocking and muting abusive accounts. On top of all that, Twitter said it plans to double revenue by 2023.

Not announced: launch dates for any of these features.

After Facebook’s news flex, Australia passes bargaining code for platforms and publishers — This requires platform giants like Facebook and Google to negotiate to remunerate local news publishers for their content.

Coinbase files to go public in a key listing for the cryptocurrency category — Coinbase’s financials show a company that grew rapidly from 2019 to 2020 while also crossing the threshold into unadjusted profitability.

Five takeaways from Coinbase’s S-1 — We dig into Coinbase’s user numbers, its asset mix, its growing subscription incomes, its competitive landscape and who owns what in the company.

Paramount+ will cost $4.99 per month with ads — The new streaming service launches on March 4.

Register for TC Sessions: Justice for a conversation on diversity, equity and inclusion in the startup world — This is just one week away!