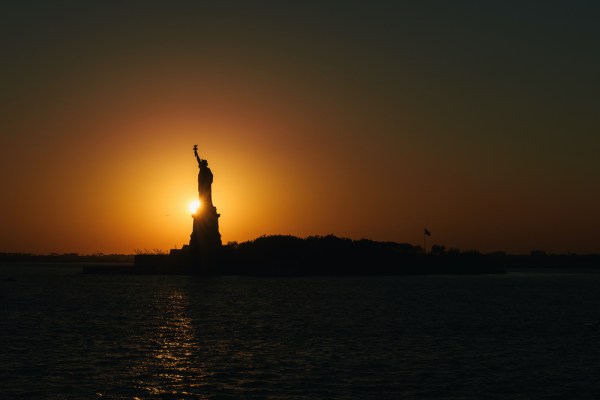 Jay Srinivasan is co-founder and CEO of atSpoke.

I’m an immigrant, and since arriving from India two decades ago I’ve earned a Ph.D., launched two companies, created almost 100 jobs, sold a business to Google and generated a 10x-plus return for my investors.

I’m grateful to have had the chance to live the American dream, becoming a proud American citizen and creating prosperity for others along the way. But here’s the rub: I’m exactly the kind of person that President Trump’s added immigration restrictions that require U.S. companies to offer jobs to U.S. citizens first and narrowing the list of qualifications to make one eligible for the H-1B visa, is designed to keep out of the country.

In tightening the qualifications for H-1B admittances, along with the L visas used by multinationals and the J visas used by some students, the Trump administration is closing the door to economic growth. Study after study shows that the H-1B skilled-worker program creates jobs and drives up earnings for American college grads. In fact, economists say that if we increased H-1B admittances, instead of suspending them, we’d create 1.3 million new jobs and boost GDP by $158 billion by 2045.

Barring people like me will create short-term chaos for tech companies already struggling to hire the people they need. That will slow growth, stifle innovation and reduce job creation. But the lasting impact could be even worse. By making America less welcoming, President Trump’s order will take a toll on American businesses’ ability to attract and retain the world’s brightest young people.

Consider my story. I came to the United States after earning a degree in electrical engineering from the Indian Institute of Technology (IIT), a technical university known as the MIT of India. The year I entered, several hundred thousand people applied for just 10,000 spots, making IIT significantly more selective than the real MIT. Four years later, I graduated and, along with many of the other top performers in my cohort, decided to continue my studies in America.

Back then, it was simply a given that bright young Indians would travel to America to continue their education and seek their fortune. Many of us saw the United States as the pinnacle of technological innovation, and also as a true meritocracy — somewhere that gave immigrants a fair shake, rewarded hard work and let talented young people build a future for themselves.

I was accepted by 10 different colleges, and chose to do a Ph.D. at the University of Illinois because of its top-ranked computer science program. As a grad student, I developed new ways of keeping computer chips from overheating that are now used in server farms all over the world. Later, I put in a stint at McKinsey before launching my own tech startup, an app-testing platform called Appurify, which Google bought and integrated into their Cloud offerings.

I spent a couple of years at Google, but missed building things from scratch, so in 2016 I launched atSpoke, an AI-powered ticketing platform that streamlines IT and HR support. We’ve raised $28 million, hired 60 employees and helped companies including Cloudera, DraftKings and Mapbox create more efficient workplaces and manage the transition to remote working.

Stories like mine aren’t unusual. Moving to a new country takes optimism, ambition and tolerance for risk — all factors that drive many immigrants to start businesses of their own. Immigrants found businesses at twice the rate of the native born, starting about 30% of all new businesses in 2016 and more than half of the country’s billion-dollar unicorn startups. Many now-iconic American brands, including Procter & Gamble, AT&T, Google, Apple, and even Bank of America, were founded by immigrants or their children.

We take it for granted that America is the destination of choice for talented young people, especially those with vital technical skills. But nothing lasts forever. Since I arrived two decades ago, India’s tech scene has blossomed, making it far easier for kids to find opportunities without leaving the country. China, Canada, Australia and Europe are also competing for global talent by making it easier for young immigrants to bring their talent and skills, often including an American education, to join their workforces or start new businesses.

To shutter employment-based visa programs, even temporarily, is to shut out the innovation and entrepreneurialism our economy desperately needs. Worse still, though, doing so makes it harder for the world’s best and brightest young people to believe in the American dream and drives many to seek opportunities elsewhere. The true legacy of Trump’s executive order is that it will be far harder for American businesses to compete for global talent in years to come — and that will ultimately hamper job creation, slow our economy and hurt American workers.