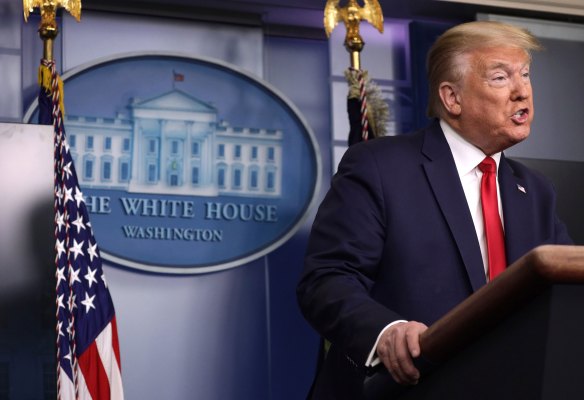 An executive order from the White House targeting Twitter for moderating one of the president’s posts is being challenged in a new lawsuit from a digital rights group. The president signed the order last week after Twitter added a fact-checking label to one of his tweets that made false claims about mail-in voting.

The order, signed with the blessing of Attorney General William Barr, took aim in particular at a law known as Section 230 of the Communications Decency Act, which protects internet companies from legal liability for the content they host.

The lawsuit was filed by the Center for Democracy and Technology (CDT), a nonprofit focused on defending online civil liberties. That group and other online civil organizations organizations attacked the president’s order last week, with the ACLU dismissing the action as a “blatant, thin-skinned efforts to stifle expression.”

In the suit, embedded below, the CDT argues that the executive order is “plainly retaliatory” in attacking Twitter, which was within its First Amendment rights in annotating the president’s tweet. The lawsuit also criticized the president’s intention to “curtail and chill the constitutionally protected speech of all online platforms and individuals” by wielding the power of the government against its critics.

Twitter shared its support for the CDT’s suit on Tuesday, calling the executive order “a reactionary and politicized” action that encroaches on a free internet.

Tensions between Twitter and President Trump continued to escalate as the company took action against another of the president’s tweets late last week for glorifying violence. That tweet threatened U.S. protesters with the ominous statement “when the looting starts, the shooting starts” — a phrase with troubling historical roots in state-sanctioned violence against black Americans.

“The Executive Order is designed to deter social media services from fighting misinformation, voter suppression, and the stoking of violence on their platforms,” CDT President and CEO Alexandra Givens said.

“… The President has made clear his intent to use threats of retaliation and future regulation to intimidate intermediaries into changing how they moderate content, essentially ensuring that the dangers of voter suppression and disinformation will grow unchecked in an election year.”