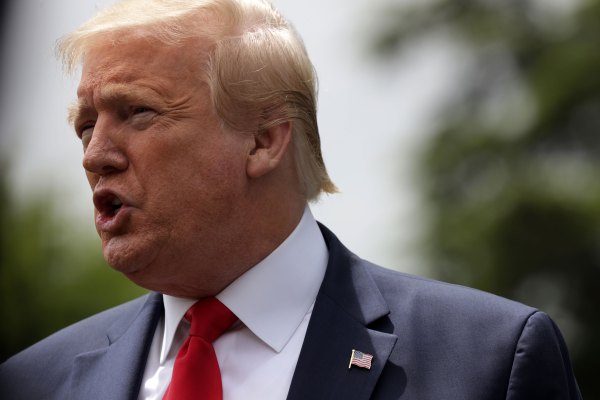 If there was any doubt that yesterday’s flogging of big tech CEOs by Senate republicans was anything other than an electioneering stunt, president Trump has thumped the point home by tweeting a video message to voters in which he bashes “big tech” as (maybe) too powerful but certainly in need of being “spoken to” and (maybe) more.

The not-so-subtle suggestion being that a vote for Trump is a vote to break up the likes of Facebook, Google and Twitter .

In the video Trump signposts the DoJ’s antitrust suit against Google — ending with a call to his supporters to get out the vote. So the president is brandishing an anti-big tech message as the latest cudgel in his culture war, just a few days ahead of the 2020 US presidential election.

“For a long time I’ve been hearing about how powerful big tech is, whether it’s Facebook or Twitter or Google or any of them,” he begins the video, before making a quick vanity-dig about winning the 2016 election regardless of the “powerful” platforms being “totally against me”, as he glibly claims — entirely failing to mention that Facebook actually allowed its network to be a free and unfettered conduit for millions of pieces of anti-Clinton, pro-Trump propaganda cooked up in Russia.

Instead, he segues into a claim that the platforms have taken their power to a “a new level”, as he puts it — accusing them of “suppressing the corruption of Joe Biden” by ‘not letting the stories out’.

This is a direct reference to Trump’s Democrat challenger for the White House, and an indirect reference to a controversial New York Post story about a cache of emails purported to have been found on laptop hardware owned by Biden’s son Hunter — but which carry the distinct whiff of another election-focused political disinformation operation.

The big difference this time around is that ‘big tech’ is rather more alive to the reputational risks to their platforms and companies if they’re found ignoring another orchestrated episode of election interference.

Twitter initially blocked links to it citing its hacked materials policy — though it later revised the policy after Republicans screamed ‘censorship’. And CEO Jack Dorsey got plenty more grilling on that theme at yesterday’s Senate hearing as Republican senators used the hearing as an opportunity to try to mint gotcha soundbites on bogus claims of big tech’s ‘anti-conservative bias & censorship’.

The tech CEOs mostly had to sit there and be bashed as it’s not politic for them to suggest Republicans might be experiencing more content moderation vs liberals because they break the rules more. Instead the electioneering pantomime ran on for hours.

Trump is just closing the loop on the politically biased soundbite fest by trying to turn tedious and trumped up claims of anti-conservative bias into a bald ‘get out the vote’ message to his base.

“Big tech has to be spoken to and probably in some form has to be stopped,” is the closest he gets to an actual policy position here. So Trump voters shouldn’t get their hopes up that he might actually deliver a break up of Facebook et al either.

The ironies are of course hot and heavy, given evidence shows social media algorithms’ baked in preference for spreading controversial/outrageous content further and faster than the blander, more nuanced stuff that’s likely to be closer to the truth. Simply put, it’s human nature to click on the crazy stuff — and ad-funded platforms are fuelled by eyeball engagement. So lies have been great for big tech’s bottom lines.

That then means these very same ‘big tech’ platforms tend to amplify Republican messaging — certainly of the Trumpian flavor, i.e. where trumped up claims, lacking in evidence and/or reality, are preferred. (Like, say, Trump calling Mexicans rapists or claiming the pandemic is over as thousands continue to die. Or that he has immunity from COVID-19 when the scientific consensus is we don’t know how long a person may be immune after fighting off the virus and we know some people have been reinfected with COVID-19, and so on.)

So the scale of the nonsense being peddled by Trump’s Republican party is indeed very strong and very powerful. But then, well, we haven’t been in Kansas for a long time.

At the time of writing Twitter has also not placed any kind of contextual labelling on Trump’s tweet — despite the contents of the video arguably containing misinformation about big tech itself. But that’s just one more irony to add to the steaming pile.

And if you’re feeling a pang of pity for the tech CEOs caught in this partisan bind it pays to remember they made their bed by claiming to operate community and content policies they didn’t — and still don’t — properly enforce. Which makes Trump their very own monster.