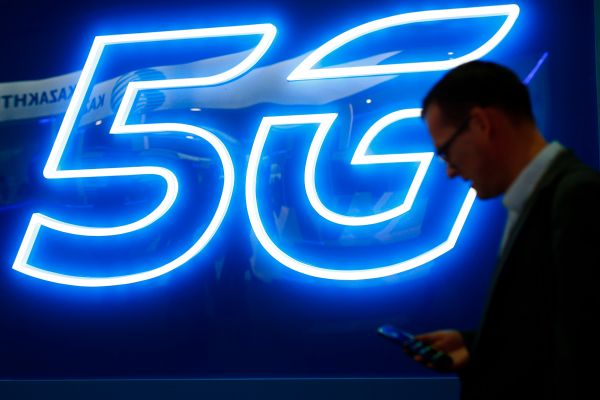 5G is increasingly coming into focus as a set of technologies that has the potential to dramatically expand the quality, bandwidth and range of wireless connectivity. One of the major blocks to actually rolling out these technologies though is simply spectrum: there just isn’t enough of it available for private use. 5G needs spectrum at very low frequencies to penetrate buildings and increase range, and it also needs high frequencies to support the huge bandwidth that future applications will require.

The crux though is in the midband — frequencies that can support a mix of range, latency and bandwidth that could become a mainstay of 5G technologies, particularly as a bridge for legacy infrastructure and devices.

Today, the midband of U.S. spectrum is heavily utilized by government services like the military, which uses the spectrum for everything from conflict operations to satellite connectivity. That has prevented commercial operators from accessing that spectrum and moving forward with wider 5G deployments.

That’s why it is notable today that the White House announced that the 3450 Mhz to 3550 Mhz spectrum will officially be handed off to the FCC for an auction that will allow private operators to access midband spectrum. Given the legal process involved, that auction is expected to take place in December 2021, with private operation of services likely beginning in 2022. Usage of the band is expected to follow the spectrum sharing rules of AWS-3, according to a senior Trump administration official.

According to the White House, a committee of 180 experts was assembled from all the armed services and the Defense Secretary’s office to look at where a segment of the DoD’s spectrum could be freed up and moved to private usage to back 5G.

Such efforts are in line with the MOBILE NOW Act of 2017, which Congress passed in order to spur government agencies to speed up the process of allocating spectrum for 5G uses. That act encouraged NTIA, an agency which advises on telecom issues for the U.S. government, to identify the 3450 Mhz to 3550 Mhz band as a major area of study back in 2018, and earlier this year in January the agency found “viable options” for converting the band to private use.

It’s the latest positive step in the long transition of wireless to 5G services, which demands changes in technology (such as the wireless chips in cell phones), spectrum allocation, policy development and infrastructure buildout in order to come to fruition.

Ted S. Rappaport, a professor of electrical engineering and the founding director of NYU WIRELESS, an academic research center focused on advanced wireless technologies, said that “It’s great news for America … and a terrific move for U.S. consumers and for the U.S. wireless industry.”

He noted that the particular frequency was valuable, given existing knowledge and research in the industry. “It’s not that far from existing 4G spectrum where engineers and technicians already have good understanding of the propagation. And it’s also at a spectrum where the electronics are very low cost and very easy to make.”

There has been growing pressure on U.S. government leaders in recent years over the plodding 5G transition, which has fallen behind peer countries like China and South Korea. Korea in particular has been a world leader, with more than two million 5G subscribers already in the country thanks to an aggressive industrial policy by Seoul to invest in the country’s telecommunications infrastructure and take a lead in this new wireless transition.

The U.S. has been faster at moving ahead in millimeter (high frequency) spectrum for 5G that will have the greatest bandwidth, but it has lagged in midband spectrum allocation. While the announcements today is notable, there will also be concerns whether 100 Mhz of spectrum is sufficient to support the widest variety of 5G devices, and thus, this allocation may well be just the first in a series.

Nonetheless, additional midband spectrum for 5G will help move the transition forward, and will also help device and chip manufacturers begin to focus their efforts on the specific bands they need to support in their products. While it may be a couple of more years until 5G devices are widely available (and useful) in the United States, spectrum has been a key gating factor to reaching the next-generation of wireless, and a gate that is finally opening up.