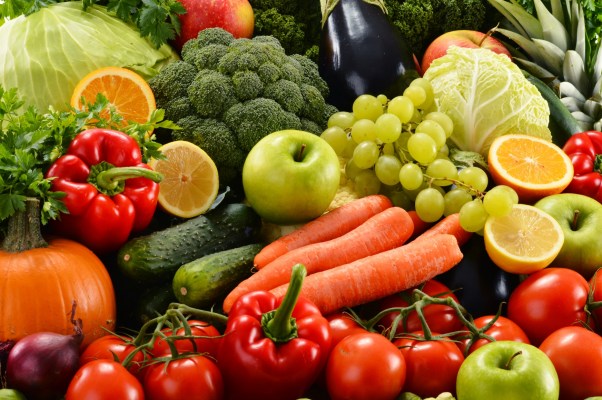 Chris Cowart, the longtime IDEO product designer, Singularity University faculty member and consultant to a variety of venture firms and tech projects, is joining the food preservation technology developer Treasure8 as its new chief innovation and strategy officer, according to a post on LinkedIn.

“In the last three years food has come to the fore as a theme,” said Cowart in an interview with TechCrunch. Cowart, who previously spent the majority of his time consulting on healthcare companies, became interested in food through a year spent as an advisor to X, the Alphabet subsidiary that develops technologies and companies focused on sustainability, connectivity and new computing paradigms.

At X, Cowart was looking at projects that would use artificial intelligence to accelerate circular economy projects and it was there that he began to focus on food waste. The gravity of the situation around America’s food waste and food insecurity in the country was driven home through Cowart’s research, he said. “We overproduce by double and we throw away 30% of our food,” said Cowart. “And in Santa Clara county one-in-six families are food insecure.”

After completing his project at X, Cowart went to Treasure8 and was immediately pulled into strategy conversations, which led to him coming on board in June.

Unlike Apeel Sciences or Hazel Technologies, which have developed new preservative technologies to keep food fresh on store shelves (and raised several hundred million dollars), Treasure8’s technology is a new spin on freeze-drying, which lets perishable foods hold their nutritional value while they’re used as ingredients, supplements or powders.

Brands can reform it with rehydration, or put it into their products or reuse pieces of the vegetables and fruits in their products. “There are byproducts that you can break down and start to use to pull out their nutrients into probiotics and nutraceuticals,” said Cowart.

He also thinks that Treasure8 could use its process to become a provider of biochar that can be applied in more sustainable agriculture techniques.

Treasure8 initially launched with a focus on food preservation, but quickly pivoted into working with hemp companies that wanted to work with the company to use more parts of the hemp plant in products. For now, Treasure8 is operating off of its pilot facility on Treasure Island, the man-made island in the San Francisco Bay which is currently the site of a multi-billion-dollar development project.

With its new innovation officer in tow, Treasure8 is now heading to market to raise a new round of financing, Cowart said. Targeting less than $50 million, the new round could help the company as Cowart starts to think longer term about ways that Treasure8’s treatment process could contribute to the development of more functional foods.

“Taking food waste streams to make products and ingredients and letting it be something useful rather than something that harms the environment, that’s the interesting part,” Cowart said of his role at the company. “[And] if you’re able to go from food security to nutritional security… If you can powder vegetables, and make them into bits and food that are stable and affordable… All of this nutrition feeds into the food as medicine and functional food. We’re going to want to fight immunity and recover from viruses and we’re going to have to rebuild our food supply.”