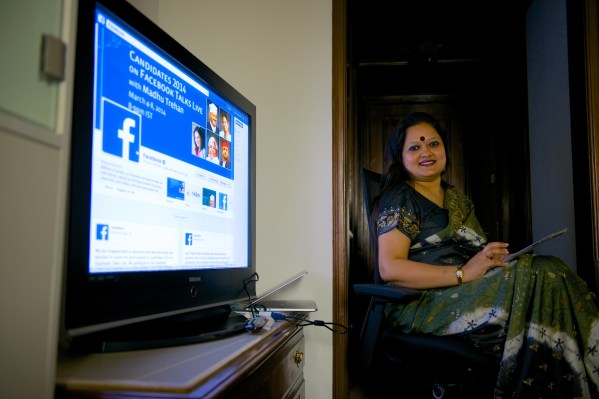 Ankhi Das, a top Facebook executive in India, is leaving the company on Tuesday months after she was alleged to interfere in how the company enforced its hate speech policy in the country to show favoritism to the ruling Bharatiya Janata Party.

Facebook has denied the allegations, and people close to Das (pictured above) said her departure was not related to recent stories in the press. Das, who served as the Public Policy Director for Facebook India, South and Central Asia, said she was leaving the company to pursue her interest in public service.

In a message to her colleagues, Das recounted the earlier days of Facebook and internet ecosystem in India when she joined the company in 2011. “We were a small unlisted startup back then guided only by our mission and purpose to connect people in India. After nine long years, I feel that mission has largely been met,” she wrote.

“There is an enormous amount I have learnt from incredibly smart and talented people in the company, particularly from people on the policy team. This is a special company and a special group of people. Thank you, Mark for creating something beautiful for the world. I hope I have served you and the company well. I know we will be in touch on Facebook,” added Das, who was one employees of Facebook in India.

In a statement, Ajit Mohan, the head of Facebook India, said, “Ankhi was one of our earliest employees in India and played an instrumental role in the growth of the company and its services over the last 9 years. She has been a part of my leadership team over the last 2 years, a role in which she has made enormous contributions. We are grateful for her service and wish her the very best for the future.”

According to reports from WSJ, Das shielded politicians affiliated to the ruling party in India from Facebook’s anti-Muslim hate speech / content moderation policy because she thought it could hurt the company’s business prospects in India, Facebook’s biggest market by users. Facebook, which reaches more than 400 million internet users in India, has spread its tentacles in several categories in the country in recent years including startup investments and education.

Das, who received intense backlash after the publication of reports, filed a criminal complaint against several people who she alleged attempted to defame her among other charges. One of the people she named in her criminal complaint was a journalist. A review of the journalist’s post, over which Das had raised concern, found that it was just a summary of a news article.

Das as well as Mohan have appeared before several panels in recent weeks where they have been asked questions on a wide-range topics by Indian politicians. Early last month, Facebook banned a BJP politician from the platform for violating its hate speech policy.