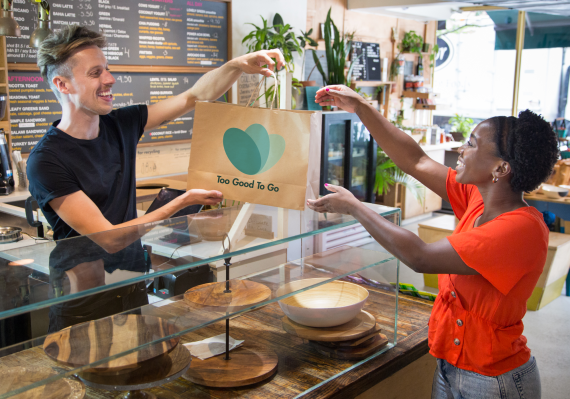 Too Good To Go, the startup that lets you buy food right before it goes to waste, is raising a $31.1 million round. blisce/ is leading the round and investing $15.4 million as part of today’s round. Existing investors and employees are also participating. While the company has been around for a while, this is the first time Too Good To Go is raising money from a VC firm.

The startup has been operating across several European countries for a few years now. It runs a marketplace focused on food waste. On one side, restaurants, grocery stores, bakeries and other food businesses contribute surplus food items. On the other side, consumers can snatch food right before it becomes unsellable.

It’s a win for everybody as businesses can generate a bit of revenue from surplus food, customers can buy food at great prices and it reduces unnecessary waste. Of course, it’s also beneficial for Too Good To Go as the company takes a commission on transactions.

The company’s CEO Mette Lykke told TechCrunch’s Ingrid Lunden that one-third of food produced today is either lost or wasted — so there’s a big market opportunity. While the startup has been growing nicely, the pandemic has had a big impact on revenue — many restaurants shut down and many customers prefer to stay at home.

Back in September, Lykke told TechCrunch that Too Good To Go saw a 62% drop in revenue due to Covid-19. But that’s not going to stop the company.

Overall, Too Good To Go is operating in 15 countries and has saved 50 million meals. 65,000 businesses have sold something on Too Good To Go so far. 30 million people signed up to the service.

Too Good To Go is already working on its biggest expansion — the U.S. Just like in Europe, billions of pounds of food go to waste. According to USDA’s Economic Research Service, it represents 30 to 40% of the food supply.

In the U.S. alone, the startup has attracted 150,000 users and is working with 600 businesses. It has sold 50,000 meals. Those numbers are still somewhat small, but it’s been a weird quarter for restaurants and grocery stores in the U.S.

Let’s see how it evolves in the coming months. With today’s new funding round, it should definitely boost usage in the U.S. and make it easier to plan for the long run.