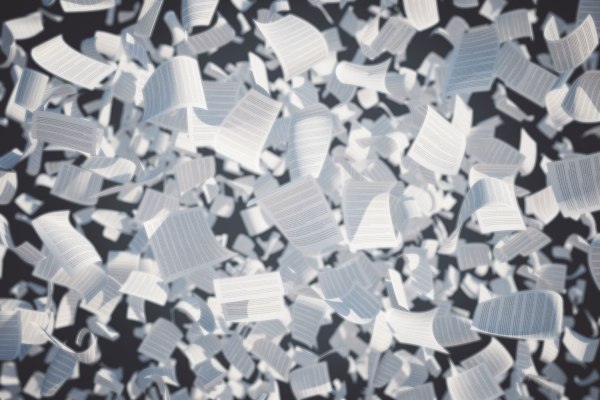 Digital transformation has been one of the big enterprise themes of 2020: organizations are doubling down on cloud services both to link up suddenly remote teams and centralize apps, documents and data in a more efficient way. Today, one of the startups that has filled out that story with a cloud-based suite of accounting services is announcing a major round of funding on the back of massive growth.

Tipalti, an Israeli company that helps businesses manage suppliers, invoices, purchase orders, tax compliance, payments and billing and other accounting services from a single cloud platform, has raised $150 million at a valuation that the company says is now over $2 billion.

The plan is to use the funding to continue enhancing Tipalti’s accounts payable suite with more tools; hire across all departments; and for business development. Tipalti’s aim, according to founder and CEO Chen Amit, is to provide easy to integrate accounts payable services to a base of fast-scaling businesses, which need AP services to function well, but would never consider them core functions of their businesses in themselves.

“Accounts payable is the last area that companies in the mid market would want to invest in,” said founder and CEO Chen Amit. “They will invest in literally anything else other than building software to pay or manage suppliers.”

The round, a Series E, is being led by Durable Capital Partners (the firm founded last year by Henry Ellenbogen, previously a star at T. Rowe Price), with participation also from Greenoaks Capital and existing investor 01 Advisors, the firm co-founded by Twitter alums Dick Costolo and Adam Bain.

Tipalti’s growth comes as the result of a perfect storm of sorts for the startup.

The Covid-19 health pandemic has led to a global economic crunch, and businesses are especially focused now on watching where money is coming in and where it is going.

But at the same time, even before the coronavirus pandemic, Tipalti had been seeing a lot of inbound business from organizations that were scaling fast and looking for solutions that could integrate easily into their current systems.

The backstory and necessity around accounts payable can be told in a few words: it’s a boring but necessary area, and if it goes wrong, it can potentially bring a whole company down because of the tax, fraud and auditing implications.

Tipalti describes accounts payable as “the most time-consuming function in finance”, noting that 47% of finance organizations in a recent survey said they still spend around 520 hours per year on manual accounts payable tasks, with 27% of respondents indicating that their teams dedicate up to 80 people-hours per month on AP tasks, or 1,040 hours annually.

Tipalti, which fittingly means “I’ll handle it” in Hebrew, is positioned as a helper in this context. By way of an API, it integrates with a number of other accounting and tracking platforms that its customers use including NetSuite, Sage, QuickBooks, Affise, Cake, Everflow, HitPath, LinkTrust, Paladin, Tune (HasOffers) and Vidooly and lets companies run and track how payments are being made relative to actives within the organization, all with relatively little input from the companies themselves, essentially giving them time and other resources to focus on other areas.

The pandemic has hit some of Tipalti’s customers hard. But overall, Chen said that it’s seen more business as a result, not just from companies suddenly growing much faster (as in the case, for example, for e-commerce businesses, or those catering to people spending much more time at home and on screens), but from businesses that simply need to pay much more attention to how money is moving around.

Indeed, as we have described before, it was Tipalti’s initial work with Twitter on its own accounts payable services (central to how it can make money on its ad business) that served as its first introduction to Costolo and Bain, who went on to invest in it after they left the social network and started 01 Advisors.

“We are pleased to have the opportunity to increase our investment in Tipalti during a time in which organizations have been focused on rapidly transforming and modernizing the way they operate,” said Dick Costolo, Founding Partner of 01 Advisors and former Chief Executive Officer of Twitter, in a statement. “When I ran Twitter, I saw first-hand the importance and value of Tipalti in automating financial operations. Tipalti transformed our processes and opened up our expansion, growth, and scalability strategies.”

It’s worth pointing out that the rise in valuation is a huge spike for Tipalti, a sign not just of its growth but investors’ bet that there will be more of that to come.

Chen Amit, the company’s founder and CEO, said it is four times the size of its valuation in its previous round (it raised $76 million in a Series D round led by 01 Advisors a little over a year ago, which would have been at around a $500 million valuation), and a whopping 14 times what Tipalti was valued in 2017). Indeed, even with other competitors like Bill.com and Coupa also targeting the same users as Tipalti, Amit estimates that between them all, they have just 3-4% of the addressable market.

“The accounts payable automation space has an extremely large total addressable market with significant growth potential,” explained Henry Ellenbogen, Founder, Managing Partner and Chief Investment Officer of Durable Capital Partners LP, in a statement. “We believe that Tipalti has the potential to become a much larger company within the Midmarket space due to its differentiated holistic platform, superior global capabilities and management team. This has resulted in leading retention and customer satisfaction.”