This VC introduced Palantir’s first business hire to its earliest engineer, then his business took off – TechCrunch 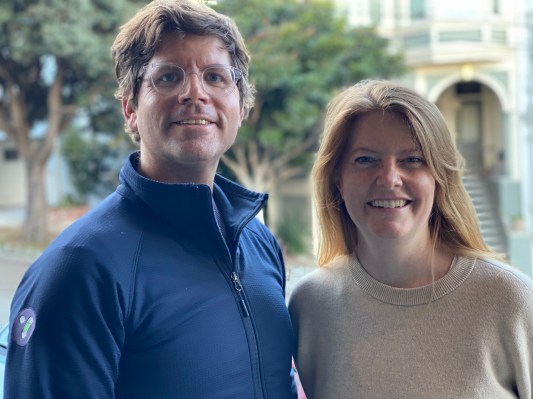 You might not know yet of XYZ Venture Capital, a four-year-old, San Francisco-based seed-stage venture firm, but many veterans of Palantir are surely aware of it. XYZ says it has already backed 22 startups whose founders came out of the data analysis company, including most notably, Anduril, Lucky Palmer’s defense tech startup. In fact, the founder of XYZ, Ross Fubini, says his firm wrote Anduril its first check.

It all dates back to a key introduction. Fubini is a Carnegie Mellon grad who cofounded an enterprise company, CubeTree, that a dozen years later, sold to SuccessFactors, which was itself acquired by SAP the next year, in 2011.

Then, like a lot of founders, he started writing checks.

First, Fubini linked up with Mitch Kapor, another software mogul turned investor and a friend of Fubini who bought him into his venture firm and taught him the ropes. During his one year spent with the outfit, Fubini says, he wrote seed checks into the digital care company Omada Health, the optimization platform Optimizely (acquired this fall), and LendUp, the payday loan company that was split into two businesses back in 2018.

From Kapor Capital, it was onto Canaan Partners as a venture partner and, just three years later, to Village Global, the early-stage venture firm that was founded in 2017 with the backing of prominent founders like Bill Gates and Reid Hoffman. (Fubini helped cofound the outfit with a handful of others.) At the same time, Fubini began raising his own pool of capital under the brand XYZ Ventures, eventually launching a $70 million fund.

Now he’s turning the enterprise into a bigger organization.

For starters, this year, XYZ closed its second fund with $80 million in capital commitments from what Fubini says is predominately institutional investors, and it has been investing actively. Fubini says the firm has already written checks to 30 different startups that range in size from $500,000 to $4 million in exchange for 12% to 20% ownership.

He also brought aboard a partner: Chauncey Kerr Hamilton, who spent more than five years as a partner operations manager with First Round and was looking for a new challenge when a mutual friend introduced her to Fubini. “I kept hearing about Ross from founders and other investors and we met for coffee, then we kept meeting week after week,” she says of their earlier conversations.

Hamilton says she realized over time that “we’re kindred spirits.” But she has also pushed Fubini to be more public for the sake of XYZ’s portfolio companies.

As a former projects editor at Wired before leaping into venture capital, she half-kiddingly refers to the “mystique” of XYZ Ventures, but she also wondered if it might be easier for founders to discuss their lead investor if they could point to more than Fubini’s LinkedIn page.

Certainly, it makes sense as XYZ widens its aperture beyond Palantir, which was itself long known for keeping a low profile and where Fubini’s relationship began when he introduced Palantir’s first business hire to its first engineer. The first, a personal friend, is today Palantir’s chief operating officer, Shyam Sankar; the second, Akash (“Aki”) Jain, a former colleague of Fubini, is now the company’s president.

“It’s the highest value thing I’ve done,” Fubini says of bringing the two together, which led to an early and lasting advisor role at the company, where he helped develop senior talent and work through challenges (and received advisor shares in return).

Indeed, he has since become a first call for some who spin out of the company. In addition to Anduril —  cofounded by former Palantir execs Matt Grimm, Trae Stephens, and Brian Schimpf — XYZ has more recently backed the the San Diego-based financial planning platform Mosaic (cofounder Bijan Moallemi, a former finance exec at Palantir).

Fubini and Hamilton stress that while a meaningful portion of XYZ’s capital has flowed into the “Palantir diaspora,” the company has other areas of interest, too, mostly enterprise related.

XYZ is very focused, for example, on fintech, betting on Bond Technologies, a company that helps brands and banks integrate their offerings. It has insure-tech investments, like the brokerage Newfront Insurance. And it is focused on security and counts among its portfolio companies, a now highly valued outfit that poorly handled a sexual harassment situation but seems to have survived it.

XYZ even made a direct-to-consumer bet recently, though Fubini and Hamilton aren’t talking about it just yet.

Mostly, they say, they’re focused on “trends we believe are exploding,” says Hamilton. Think video, she says. Think fintech infrastructure, she adds. “For fintech that’s building a new bank, we think three companies will replace the crappy software” that supports them, says Fubini.

As for how they wins deals against VCs when it comes to founders to whom they aren’t already connected in some way, Fubini says it’s not so complicated. Being “bizarrely honest” has proved helpful, he says. But also, he says, “If you’re good, and you work goddamn hard, you start seeing more stuff.”