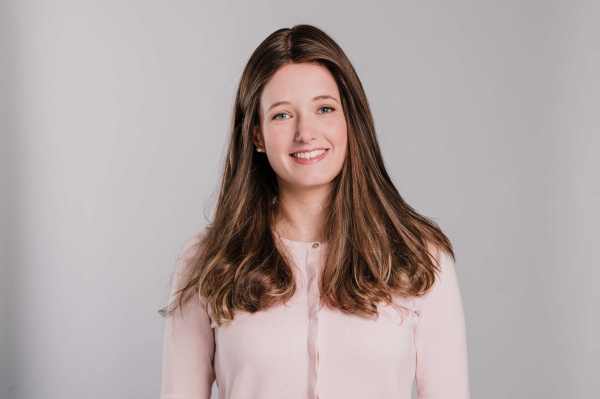 With every year, AI is beginning to bring more standardized levels of diagnostic accuracy in medicine. This is true of skin cancer detection, for example, and lung cancers.

Now, a startup in Israel called Embryonics says its AI can improve the odds of successfully implanting a healthy embryo during in vitro fertilization. What the company has been developing, in essence, is an algorithm to predict embryo implantation probability, one they have trained through IVF time-lapsed imaging of developing embryos.

It’s just getting started, to be clear. So far, in a pilot involving 11 women ranging in age from 20 to 40, six of those individuals are enjoying successful pregnancies, and the other five are awaiting results, says Embryonics.

Still, Embryonics is interesting for its potential to shake up a big market that’s been stuck for decades and continues to grow only because of external trends, like millennial women who are putting off having children owing to economic concerns.

Consider that the global in-vitro fertilization market is expected to grow from roughly $18.3 billion to nearly double that number in the next five years by some estimates. Yet the tens of thousands of women who undergo IVF each year have long faced costs of anywhere from $10,000 to $15,000 per cycle (at least in the U.S.), along with long-shot odds that grow worse with age.

Indeed, it’s the prospect of reducing the number of IVF rounds and their attendant expenses that drives Embryonics, which was founded three years ago by CEO Yael Gold-Zamir, an M.D. who studied general surgery at Hebrew University, yet became a researcher in an IVF laboratory owing to an abiding interest in the science behind fertility.

As it happens, she would be introduced to two individuals with complementary interests and expertise. One of them was David Silver, who had studied bioinformatics at the prestigious Technion-Israel Institute of Technology and who, before joining Embryonics last year, spent three years as a machine learning engineer at Apple and three years before that as an algorithm engineer at Intel.

The second individual to whom Gold-Zamir was introduced was Alex Bronstein, a serial founder who spent years as a principal engineer with Intel and who is today the head of the Center for Intelligent Systems at Technion as well as involved with several efforts involving deep learning AI, including at Embryonics and at Sibylla AI, a nascent outfit focused on algorithmic trading in capital markets.

It’s a small outfit, but the three, along with 13 other full-time employees to join them, appear to be making progress.

Fueled in part by $4 million in seed funding led by the Shuctermann Family Investment Office (led by the former president of Soros Capital, Sender Cohen) and the Israeli Innovation Authority, Embryonics says it’s about to receive regulatory approval in Europe that will enable it to sell its software — which the team says can recognize patterns and interpret image in small cell clusters with greater accuracy than a human —  to fertility clinics across the continent.

Using a database with millions of (anonymized) patient records from different centers around the world that representing all races and geographies and ages, says Gold-Zamir, the company is already eyeing next steps, too.

Most notably, beyond analyzing which of several embryos is most likely to thrive, Embryonics wants to work with fertility clinics on improving what’s called hormonal stimulation, so that their patients produce as many mature eggs as possible.

As Bronstein explains it, every woman who goes through IVF or fertility preservation goes through an hormonal stimulation process — which involves getting injected with hormones from 8 to 14 days — to induce their ovaries to produce numerous eggs. But right now, there are just three general protocols and  a “lot of trial and error in trying to establish the right one,” he says.

Though deep learning, Embryonics thinks it can begin to understand not just which hormones each individual should be taking but the different times they should be taken.

In addition to embryo selection, Embryonics has developed a non-invasive genetic test based on analysis of visual information, together with clinical data, that in some cases can detect major chromosomal aberrations like down syndrome, says Gold-Zamir.

And there’s more in the works if all goes as planned. “Embryonics’s goal is to provide a holistic solution, covering all aspects of the process,” says Gold-Zamir, who volunteers that she is raising four children of her own, along with running the company.

It’s too soon to say whether the nascent outfit will succeed, naturally. But it certainly seems to be at the forefront of a technology that is fast changing after more than 40 years wherein many IVF clinics worldwide have simply assessed embryo health by looking at days-old embryos on a petri dish under a microscope to assess their cell multiplication and shape.

In the spring of 2019, for instance, investigators from Weill Cornell Medicine in New York City published own their conclusion  that AI can evaluate embryo morphology more accurately than the human eye after using 12,000 photos of human embryos taken precisely 110 hours after fertilization to train an algorithm to discriminate between poor and good embryo quality.

The investigators said that each embryo was first assigned a grade by embryologists that considered various aspects of the embryo’s appearance. The investigators then performed a statistical analysis to correlate the embryo grade with the probability of a successful pregnancy outcome. Embryos were considered good quality if the chances were greater than 58 percent and poor quality if the chances were below 35%.

After training and validation, the algorithm was able to classify the quality of a new set of images with 97% accuracy.