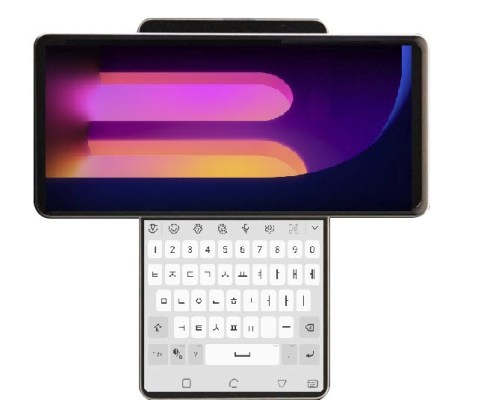 It seems like only yesterday that we were all complaining about the boring uniformity of smartphone designs. In the last couple of years, companies have worked to offer some alternative through dual-screen devices, foldables and a slew of concept form factors — few of which have really gained much traction.

Even so, the LG Wing (its codename for now) offers a strange new alternative to the push for more screen real estate. The likely concept device has surfaced through Korean Herald and ET News reports, showing a 6.8-inch screen that swivels up horizontally to reveal a square four-inch display below.

This is still in the concept/leak phase, though it’s not entirely without precedent from Camp LG. Notably, the manufacturer released a bunch of swiveling handsets over a decade ago, back in the days when phones still had buttons.

While the second screen would function as a keyboard some of the time, the versatility of the display offers interesting supplemental features, like editing or viewing supplemental content. The handset would also reportedly feature a processor in the Snapdragon 7 family and a triple camera setup.

Certainly it doesn’t seem out of the realm of possibility for LG to try something new. The company has performed its share of experiments in the past. Actually getting app developers to come along for the ride, on the other hand, is another issue entirely.