The Dipp, a subscription-only entertainment news startup, is springing to life despite the pandemic – TechCrunch 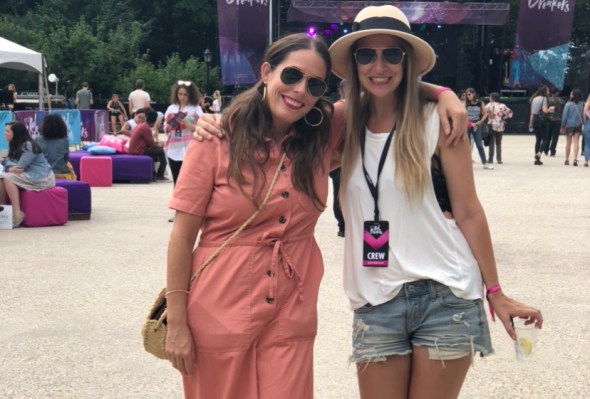 That opening in the market is why the two — former colleagues at the women’s website Bustle, where Ward was the founding editor-in-chief and Mannering ultimately became the SVP of editorial strategy at Bustle’s parent company — decided to take the plunge In January and start their own company.

Called The Dipp, the nascent, Brooklyn-based media company describes itself as a “personalized subscription website for TV’s biggest fans,” and the idea, says Ward, is to zero in on the “niche fandoms that are being created every day — especially now [that everyone is at home and online]. We want to focus on certain franchises that are underserved, then scale.”

They say they know what it takes. Both joined Bustle back in 2013 when it was itself a fledgling startup, and both say they helped grow the company on a variety of fronts, from writing, to organizing the site, to helping with PR and sales, to immersing themselves in its scaling strategy.

It was so exhilarating, says Ward, that when the company ballooned to 80 million unique monthly visitors across all its publications, the two found themselves missing those early days.

They also seemingly decided what from that experience they did not want to replicate, including to build a property that’s solely reliant on sponsored content and other advertising. (Like many other ad-driven media properties to grow quickly in recent years, Bustle has been ratcheting back on staff dating back to last summer, with its most recent round of layoffs announced early this month.)

Of course, building a media property in the midst of a pandemic would seem to come with its own challenges. The Dipp was fortunate on the funding front; it just locked down $2.3 million in seed funding led by Defy Partners, helped by Ward’s previous relationship with Defy co-founder Neil Sequeira, who was formerly a managing director with General Catalyst and who sat on the board of Bustle in that role.

On the other hand, its founders — who live several miles apart — can’t work together right now owing to the coronavirus.

It’s a big change from the early days of Bustle when “we sat shoulder to shoulder together on a sofa,” acknowledges Ward, adding that the hardest part so far has been having to celebrate early milestones remotely. “Normally, something good happens and you go out to dinner or have a drink. Right now, it’s more like, ‘We got a term sheet, yay!’ over Gchat.” (Mannering sent Ward a bottle of champagne and Jell-O shots over the weekend, but it “doesn’t feel the same,” Ward says with a laugh.)

Luckily for both, hiring might not prove the same challenge as it might to other founders who are just getting a company off the ground, given that many journalists already work remotely. They also suggest they have an extensive network of people to tap given their own media backgrounds.

In fact, they insist that there are upsides to launching a new endeavor in these suddenly strange days.

Mannering notes, for example, that the two have more time to focus on what they are building, whereas before New York shut down, they were budgeting a lot of time for traveling and pitching — and spending a fair amount of each day on the subway.

Ward thinks the founders and VCs with whom they’ve talked have also been more earnest than they might have been six months ago, before the coronavirus struck the U.S. “There’s this sense that we’re all in this together now,” she says. “In the past, whereas there was a lot of puffing of chests and you might walk away thinking, ‘I hope I’ll be as good a founder as this person someday,’ everyone is sort of leveling with each other, including about what pitfalls to look for. Just trying to get through [this pandemic] kind of grounds every conversation, so you’re really getting to know people in that first meeting.”

As for next steps, stay tuned, say the co-founders. The idea is to launch their content this fall, with a snazzy user interface, an accompanying weekly newsletter and, later, podcasts. The Dipp also plans to focus heavily on community, says Ward. Comments will be their first area of focus, but subscribers can also expect online discussions and ask-me-anything-style forums with individuals from the franchises that The Dipp readers want to know more about, she says.

Users will be able to sign up for a free trial to start; after that, says Ward, they’ll be charged a monthly fee for an all-access pass, including, most importantly, to a home page that’s customized so members can see “only what you care about rather than rifling through shows and topics that don’t interest you in the least.”

Indeed, the secret sauce behind The Dipp will really be data, culled in part from social media, that informs which franchises and characters the outlet zooms into for its readers. As Ward notes, Bustle was early to recognize that what tastemakers like matters far less than what’s playing well with consumers.

As a result, Bustle knows what many women — including millennial moms — are searching to learn in much the same way that Netflix knows what its viewers prefer to watch.

It’s a long way from here to there, but if The Dipp’s plans work out, it will be an entertainment brand that knows better than most what its audience wants to read, too.