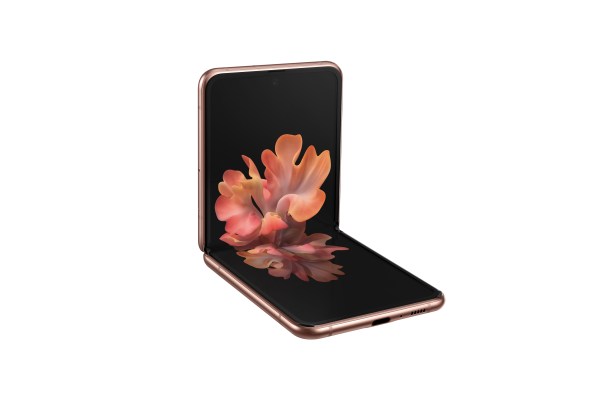 Samsung has been portioning out morsels of news in recent weeks in an attempt to prime the pump ahead of its big Unpacked event. On Monday, the company announced plans to unveiled five new “power devices” (including the new Galaxy Note) at the event. As of this morning, however, it seems the Galaxy Z Flip 5G won’t be among the mystery devices, as the company has officially made the device official today.

The device is set to arrive August 7, priced at $1,450. Not cheap, by any stretch of the imagination, but still only $170 more than the asking price of the original Galaxy Z Flip (and roughly $500 cheaper than the original Galaxy Fold. The Flip was, of course, much more positively received than the Fold, which seemed to run into one problem after another. In fact, the consensus around the device is that Samsung could have saved itself a considerable headache if it had made the Flip its first foldable.

Notably, the new version of the device is the first Samsung product announced to support Qualcomm’s newer chip after the Snapdragon 865 Plus 5G chip. There are also two new colors: Mystic Gray and Mystic Bronze. Most of the other bits and bops mentioned in the press release seem to line up with the original Flip, which launched 10 million-billion years ago, in February 2020.

The device is one of two foldables expected from the company, the other being the Galaxy Fold 2, which is expected to carry a similarly lofty price tag as its predecessor.