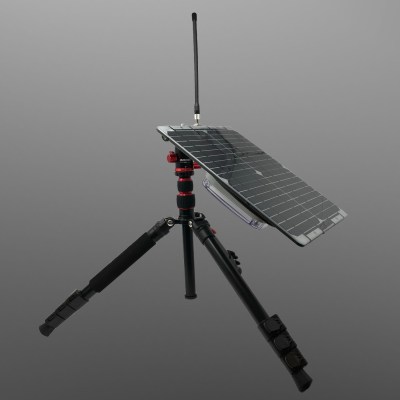 Satellite connectivity company Swarm’s new product will give anyone the ability to create a messaging or Internet of Things (IoT) device, whether that be a hiker looking to stay connected off the grid or a hobbyist wanting to track the weather.

The Swarm Evaluation Kit is an all-in-one product that includes a Swarm Tile, the company’s flagship modem device, a VHF antenna, a small solar panel, a tripod, a Feather S2 development board and an OLED from Adafruit. The entire kit comes in at less than 6 pounds and costs $499. The package may sound intimidatingly technical, but Swarm CEO Sara Spangelo explained to TechCrunch that it was designed to be user-friendly, from the most novice consumer all the way through to more advanced users.

It “was super intentional to call it an evaluation kit because it’s not a finished product,” Spangelo explained. “It serves two different kinds of groups. The first group is people that want to be able to do messaging anywhere that they are on the planet for a really low cost. … The second group of people will be the tinkerers and the hobbyists and educational folks.” 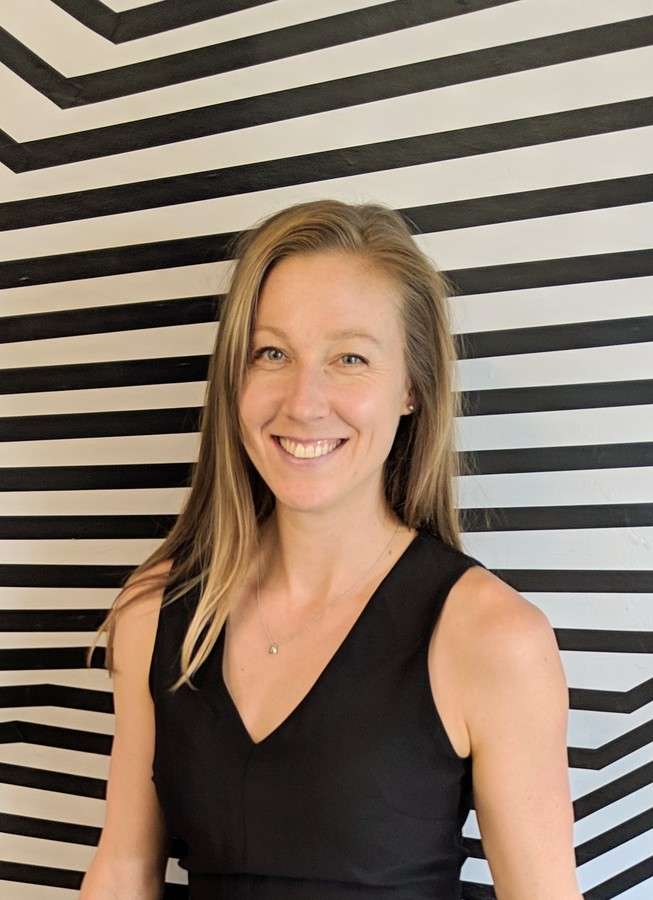 This is the second consumer product for Swarm — it went commercially live with its flagship Swarm Tile earlier this year. The Swarm Tile is a key part of the company’s ecosystem, which includes a few different components: the Tile, a kind of modem that can be embedded in different things and what the customer interfaces with; the satellite network; and a ground station network, which is how the company downlinks data. The Tile is designed for maximum compatibility, so Swarm serves customers across sectors including shipping, logistics and agriculture.

“One of the cool things about Swarm is that we’re infrastructure,” she said. “We’re like cellphone towers, so anyone can use us across any vertical.” Some of the use cases she highlighted included customers using Tile in soil moisture sensors, or in asset tracking in the trucking industry.

A major part of Swarm’s business model is its low cost, with a Swarm Tile costing $119 and the connectivity service available for only $5 per month per connected device. Spangelo credits not only the engineering innovations in the tiny devices and satellites, but the gains in launch economics, especially for small satellite developers like Swarm. The company also sells direct, which further reduces overhead.

Swarm was founded by Spangelo, a pilot and aerospace engineering Ph.D. who spent time at NASA’s Jet Propulsion Lab and at Google on its drone delivery project, Wing. She told TechCrunch that Swarm started as a hobby project between her and co-founder Ben Longmier, who had previously founded a company called Aether Industries that made high-altitude balloon platforms.

“Then [we] realized that we could do communications at speeds that were similar to what the legacy players are doing today,” Spangelo said. “There was a lot of buzz around connectivity,” she added, noting that initiatives like Project Loon were garnering a lot of funding. But instead of trying to match the size and scale of some of these multi-year projects, they decided to go small.

In the four and a half years since the company’s founding, Swarm has put up a network of 120 sandwich-sized satellites into low Earth orbit and grown its workforce to 32 people. They’ve also been busy onboarding customers that use the Tile. One hope is that the kit will be an additional way to draw customers to Swarm’s service.

Spangelo said the kit is for “everybody in between, that likes to just play with things. And it’s not just playing — the playing leads to innovations and ideas, and then it gets deployed out into the world.”