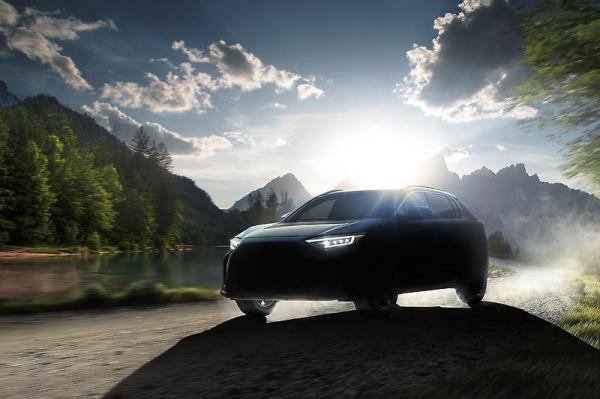 For Subaru diehards holding out for an electric vehicle, the wait is almost over. The Japanese automaker just announced new details about its first-ever EV, which is set to hit the streets in 2022.

Subaru will call its first EV the Solterra, a fitting name for a brand synonymous with outdoor adventures and you know, the sun and the Earth. Also fittingly, Subaru’s first full-fledged EV will be an SUV that ships with the manufacturer’s well-regarded all-wheel-drive capabilities.

The Solterra is built on a new platform the company is developing in partnership with Toyota, which the latter company will use for its impossibly named bZ4X crossover (bZ stands for “beyond zero,” apparently).

Subaru has only released two teaser images so far, but given that the new SUV will share DNA with the Toyota bZ4X, Subaru’s offering will likely look like a toned-down, less aggressively styled version of Toyota’s forthcoming futuristic electric crossover.

Other than that, we don’t know a whole lot. If the Solterra winds up looking a lot like the BZ4X, you can expect a sort of squashed RAV4, maybe somewhere between a Crosstrek and a Forester in size.

Subaru’s first proper EV will join the plug-in hybrid Crosstrek, which the company began selling in 2014 — currently its only option for climate-conscious drivers. The Solterra will go on sale next year in the U.S., Canada, China, Europe and Japan.