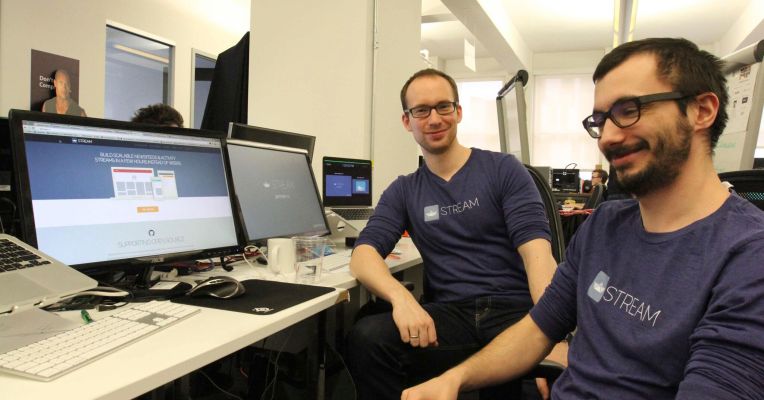 Earlier this year, the founders of Stream,  a five-year-old, 60-person startup with offices in Boulder and Amsterdam, weren’t feeling so great about their prospects. As COVID-19 began its spread in the U.S., some smaller customers of the startup — whose APIs enable product teams to build chat and activity feeds for their applications — began to fold.

“It was really scary when [the virus] initially hit, because a lot of our smaller customers went out of business, which made us worry about what would happen to the larger ones,” recalls Thierry Schellenbach, who started Stream with Tommaso Barbugli, the lead engineer at his last startup.

“One [larger customer] did go bankrupt, which impacted our numbers.” But then a strange thing happened, he says. Companies in education and healthcare and online events and even religious communities began beefing up their online operations, and turning in part to Stream to do it.

Schellenbach understood the impulse  He and Barbugli created Stream to address a pain they felt firsthand at Schellenbach’s first company out of college — a social network that was ultimately acquired for a modest sum by a private equity firm in the Netherlands. Though it grew to “millions of users,” he says, its activity feed was routinely failing as the network scaled given the many moving pieces involved, and it took a “ton of engineering resources to keep it working well.”

Because the two knew the world needed more off-the-shelf software and specifically software focused on activity feeds, they began building it themselves.

Yet that’s not the only reason the company is gaining traction. Schellenbach attributes Stream’s resiliency in the pandemic to a decision 10 months ago to also begin developing a chat API (after seeing customers trying to build their own atop their activity feeds). Now, schools like Harvard, social media companies like Dubsmash, and the health information site Healthline are customers, and investors are beginning to take more notice, too.

Indeed, today the company is announcing it has closed a $15 million Series A round that was led by GGV Capital and included 01 Advisors, Knight, seed round lead investor Arthur Ventures, and other backers, including Datadog CEO Olivier Pomel and GitHub cofounder Tom Preston-Werner.

The round brings the company’s total funding to $20.25 million, and it was raised from many individuals who Schellenbach (based in Boulder), and Barbugli (based in Amsterdam), have never met in person, including the GGV team.

Schellenbach credits GGV for not hewing too closely to old models during these socially distanced days, as did “three or four” VCs with whom he’d spoken and who said he’d have to meet them in San Francisco in order to make a deal happen.

He also traces Stream’s fundraising success to the accelerator program Techstars, which Stream entered when it was just two months old back in 2015. As he explains, he and Barbugli had “no VC connections at the time, so Techstars was important to open up the fundraising side of things.”

Those references have only bred more references — and now, more than ever — it makes a difference, he observes.

“We’re lucky,” he says. Stream was introduced to GGV. GGV then introduced the team to Dick Costolo of 01 Advisors . Meanwhile, for “companies trying to raise a seed round, if you don’t have clear references, right now, it’s tough.”

Photo of Schellenbach and  Barbugli, circa 2015, courtesy of Stream.