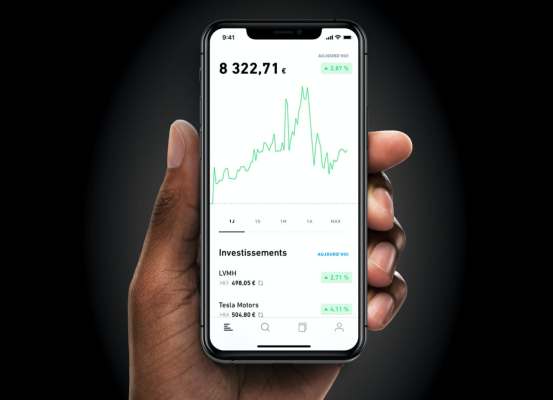 German startup Trade Republic is rolling out its app and service in France this week. This is a significant expansion move as Trade Republic has only been available in Germany and Austria so far.

Trade Republic lets you buy and sell shares or exchange-traded funds (ETFs) from your phone with low, transparent fees. The company charges €1 ($1.21) in fees per order, whether you’re buying a single share worth €100 or allocating €10,000 of your savings on an ETF. The company promises that it doesn’t add any commission on top of that €1.

The startup lets you buy European shares as well as stock in Asian or American companies. Overall, there are 7,500 shares and ETFs available in the app. While the service is relatively new, Trade Republic has been working on its infrastructure for several years.

Behind the scenes, the company has partnered with Solarisbank, a German banking-as-a-service platform regulated by German authorities. It means that your deposits are covered up to €100,000 ($121,000) in case of bankruptcy. When you’re submitting an order, Trade Republic works with LS Exchange and HSBC Transaction Services to handle those shares.

Trade Republic wants to position itself differently from Robinhood. The company thinks there are currently two options when it comes to trading.

You can open a trading account with your bank or a legacy broker, but they’ll charge a lot of money. Or you can use a mobile-first broker, but they’ll push you toward risky assets and day trading. And as we’ve seen this week with the GameStop saga, the second option can lead to some backlash.

Trade Republic is promoting a third way — low fees and low risk. The company wants to promote savings plans, for instance. Those plans let you buy shares progressively, which should protect users against volatility.

The company raised a €62 million funding round ($75.22 million at today’s rate) last year. The Series B round was co-led by Accel and Founders Fund.

As for French users, don’t forget that you have to declare that you have a foreign bank account when you file your taxes. Foreign brokers also don’t necessarily send information to tax authorities to pre-fill your tax reports. But if you’re fine with that, Trade Republic is most likely cheaper than your bank.