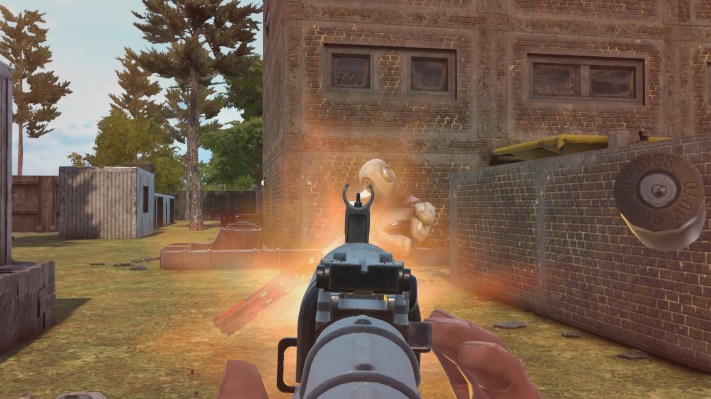 Statespace has today raised a $15 million Series A financing round led by Khosla, with partner Samir Kaul joining the board. Existing investors, such as FirstMark Capital, Lux and Expa, also participated in the round, as well as newcomer June Fund.

Statespace launched out of stealth in 2017 with a product called Aim Lab, which recreates the physics of popular FPS games to help players practice their aim and work on their weaknesses. Statespace was founded by neuroscientists from New York University, and goes beyond the mechanics of aim itself to understand and measure several parts of a player’s game, from visual acuity across the quadrants of the screen to reaction time.

Anyone from an average gamer to a professional can use Aim Lab to improve. But the company has other offerings, too. The company is working on the Academy, which will launch in Q3 of this year, and was built in partnership with MasterClass and a number of top streamers. Users can get advanced tutorials from these streamers, which include KingGeorge (Rainbox Six Siege), SypherPK (Fortnite), Valkia (Overwatch), Drift0r (CoD) and Launders (CS:GO).

Statespace has also partnered with the Pro Football Hall of Fame to develop the “Cognitive Combine.” Just like the NFL Combine measures general skills and abilities, such as speed, strength, agility, etc., the Cognitive Combine is meant to give a general assessment of a player’s skill in a game-agnostic manner.

The company also works directly with esports teams such as 100 Thieves and Philadelphia Fusion, building custom data dashboards and products so those teams can get a deeper look at their metrics and build practice regimes around their weaknesses.

Statespace is also sprinting to make its products more available to a broader user base, including launching a mobile version of Aim Lab and introducing Aim Lab on Xbox, with plans to launch PlayStation support soon. The company also plans to launch support for 400 games next month.

Interestingly, the technology behind Statespace, which lets the company measure well beyond the kill:death ratio and look at cognitive ability, can be used for many other applications. The company has applied for a grant alongside several universities to work on a commercial application for stroke rehabilitation.

Statespace will use the funding to continue growing the team, which has doubled since raising $2.5 million in August of 2019. The company has also brought on a few notable hires from bigger companies, including new VP of Engineering Scott Raymond (formerly of Gowalla, Facebook and Airbnb), Jenna Hannon as VP of Marketing (formerly of Uber, Uber Eats) and Phil Charm as VP of Growth (formerly of Checkr, Gainsight).

According to founder and CEO Wayne Mackey, Statespace has 2 million registered users and 500,000 monthly active users, up 400% from January.