Social platforms wrestle with what to do about the Taliban – TechCrunch 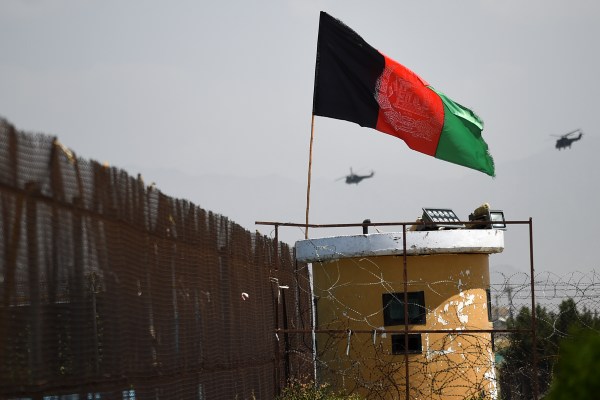 With the hasty U.S. military withdrawal from Afghanistan underway after two decades occupying the country, social media platforms have a complex new set of policy decisions to make.

The Taliban has been social media-savvy for years, but those companies will face new questions as the notoriously brutal, repressive group seeks to present itself as Afghanistan’s legitimate governing body to the rest of the world. Given its ubiquity among political leaders and governments, social media will likely play an even more central role for the Taliban as it seeks to cement control and move toward governing.

Facebook has taken some early precautions to protect its users from potential reprisals as the Taliban seizes power. Through Twitter, Facebook’s Nathaniel Gleicher announced a set of new measures the platform rolled out over the last week. The company added a “one-click” way for people in Afghanistan to instantly lock their accounts, hiding posts on their timeline and preventing anyone they aren’t friends with from downloading or sharing their profile picture.

4/ We’ve launched a one-click tool for people in Afghanistan to quickly lock down their account. When their profile is locked, people who aren’t their friends can’t download or share their profile photo or see posts on their timeline. pic.twitter.com/pUANh5uBgn

Facebook also removed the ability for users to view and search anyone’s friends list for people located in Afghanistan. On Instagram, pop-up alerts will provide Afghanistan-based users with information on how to quickly lock down their accounts.

The Taliban has long been banned on Facebook under the company’s rules against dangerous organizations. “The Taliban is sanctioned as a terrorist organization under US law… This means we remove accounts maintained by or on behalf of the Taliban and prohibit praise, support, and representation of them,” a Facebook spokesperson told the BBC.

The Afghan Taliban is actually not designated as a foreign terrorist organization by the U.S. State Department, but the Taliban operating out of Pakistan has held that designation since 2010. While it doesn’t appear on the list of foreign terrorist organizations, the Afghanistan-based Taliban is defined as a terror group according to economic sanctions that the U.S. put in place after 9/11.

While the Taliban is also banned from Facebook-owned WhatsApp, the platform’s end-to-end encryption makes enforcing those rules on WhatsApp more complex. WhatsApp is ubiquitous in Afghanistan and both the Afghan military and the Taliban have relied on the chat app to communicate in recent years. Though Facebook doesn’t allow the Taliban on its platforms, the group turned to WhatsApp to communicate its plans to seize control to the Afghan people and discourage resistance in what was a shockingly swift and frictionless sprint to power. The Taliban even set up WhatsApp number as a sort of help line for Afghans to report violence or crime, but Facebook quickly shut down the account.

Earlier this week, Facebook’s VP of content policy Monika Bickert noted that even if the U.S. does ultimately remove the Taliban from its lists of sanctioned terror groups, the platform would reevaluate and make its own decision. “… We would have to do a policy analysis on whether or not they nevertheless violate our dangerous organizations policy,” Bickert said.

Like Facebook, YouTube maintains that the Taliban is banned from its platform. YouTube’s own decision also appears to align with sanctions and could be subject to change if the U.S. approach to the Taliban shifts.

“YouTube complies with all applicable sanctions and trade compliance laws, including relevant U.S. sanctions,” a YouTube spokesperson told TechCrunch. “As such, if we find an account believed to be owned and operated by the Afghan Taliban, we terminate it. Further, our policies prohibit content that incites violence.”

On Twitter, Taliban spokesperson Zabihullah Mujahid has continued to share regular updates about the group’s activities in Kabul. Another Taliban representative, Qari Yousaf Ahmadi, also freely posts on the platform. Unlike Facebook and YouTube, Twitter doesn’t have a blanket ban on the group but will enforce its policies on a post-by-post basis.

If the Taliban expands its social media footprint, other platforms might be facing the same set of decisions. TikTok did not respond to TechCrunch’s request for comment, but previously told NBC that it considers the Taliban a terrorist organization and does not allow content that promotes the group.

The Taliban doesn’t appear to have a foothold beyond the most mainstream social networks, but it’s not hard to imagine the former insurgency turning to alternative platforms to remake its image as the world looks on.

While Twitch declined to comment on what it might do if the group were to use the platform, it does have a relevant policy that takes “off-service conduct” into account when banning users. That policy was designed to address reports of abusive behavior and sexual harassment among Twitch streamers.

The new rules also apply to accounts linked to violent extremism, terrorism, or other serious threats, whether those actions take place on or off Twitch. That definition would likely preclude the Taliban from establishing a presence on the platform, even if the U.S. lifts sanctions or changes its terrorist designations in the future.