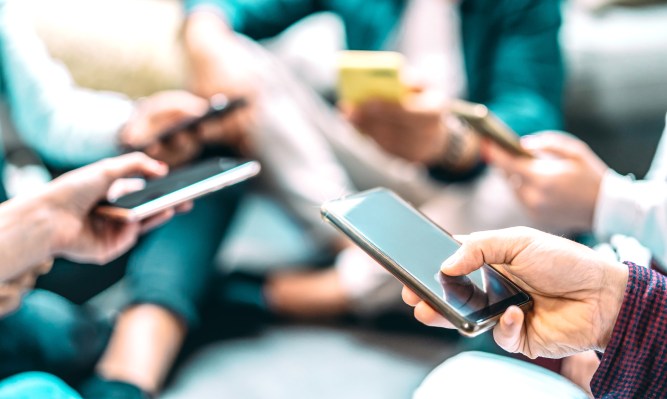 And for mobile-first companies like Snapcommerce, this is good news.

Snapcommerce, formerly known as SnapTravel, has raised $85 million in what the company is describing as a “Pre-IPO” growth round to help further its mission of “changing the way people shop on their phones.”

The Toronto, Ontario-based startup has built out an AI-driven, vertical-agnostic platform that uses messaging in an effort to personalize the mobile shopping experience and “deliver the best promotional prices.” While it was initially focused on the travel industry, the company is now branching out into other consumer verticals — hence its name change.

Inovia Capital and Lion Capital co-led the new growth round, which included participation from Acrew DCF, Thayer Ventures and Full In Partners, as well as existing backers Telstra Ventures and Bee Partners. The financing brings Snapcommerce’s total raised since its 2016 inception to over $100 million. Its last raise — a $7.2 million round from Telstra and NBA star Steph Curry — took place in 2019.

The startup was founded by tech entrepreneurs Hussein Fazal, whose prior company AdParlor grew to $100+ million in revenue, then sold to AdKnowledge back in 2011; and Henry Shi, who previously built uMentioned and worked at Google, where he helped launch YouTube Music Insights, according to previous TechCrunch reporting. 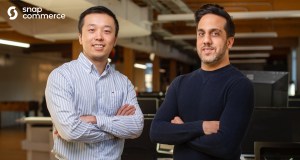 Snapcommerce launched its first, travel-focused product in 2017. It works by using chatbots to interact with customers via messaging apps such as SMS, Facebook and WhatsApp. But the company also has human agents ready to help if people need more assistance, in the past essentially serving as on-demand travel agents.

Its service is not just for hotels and flights, but also to help people book restaurants and activities too.

“Our focus has been on building that personal relationship,” Fazal said. “Many people end up coming back to us when they travel again.” In fact, over 40% of its sales in 2020 came from repeat customers.

Over the years, the company claims to have helped more than 10 million users globally save over $75 million. It expects to cross over $1 billion in total mobile sales this year.

And now it’s ready to branch out into helping consumers save money on goods.

The company turned the corner to profitability three months into the pandemic in 2020, seeing a 60% spike in sales in the second half of the year compared to H2 2019, according to CEO Fazal.

It then decided to re-invest its profits to continue growing the business.

“The profitability during the pandemic gave us confidence that we could turn to profitability whenever we needed to and gave us control of our own destiny, which enabled this fundraise,” Fazal told TechCrunch. “The third quarter of 2020 ended up being our greatest quarter ever.”

The COVID-19 pandemic, naturally, only accelerated its growth as more consumers turned to mobile.

“We believe the next wave of power purchasers will be via mobile,” Fazal said. “Some of the new generation don’t even have desktops or laptops, and they spend all their time on their mobile phone and messaging. So we’re able to be at the forefront.”

Snapcommerce has an IPO in its sights, although no specific timeline. The company did not reveal its current valuation or hard revenue figures. The company makes money by either marking up prices provided by a merchant or charging the merchant a commission.

Chris Arsenault, partner at Inovia and Snapcommerce lead investor, said his firm “tripled up” on its investment in the startup after witnessing its success in the travel space.

“Other companies out there only care about the transaction, and force consumers to look through several services to see if they got the best price, all the while telling them ‘there’s only two seats left,’ ” he told TechCrunch. “We believe that consumers aren’t going to accept that type of pressure-selling in the future. And Snapcommerce’s ability to build trust with its customers and service providers has attracted us to them as they are defining what the future of commerce is going to be like.”

Ultimately, the company plans to use its fresh capital to continue to scale with the goal of streamlining the entire mobile search, purchase and fulfillment process and make finding “the right item at the right price as easy as sending a message to a trusted friend.”

Early Stage is the premier “how-to” event for startup entrepreneurs and investors. You’ll hear firsthand how some of the most successful founders and VCs build their businesses, raise money and manage their portfolios. We’ll cover every aspect of company building: Fundraising, recruiting, sales, product-market fit, PR, marketing and brand building. Each session also has audience participation built-in — there’s ample time included for audience questions and discussion.