Snap had its best quarter in four years – TechCrunch 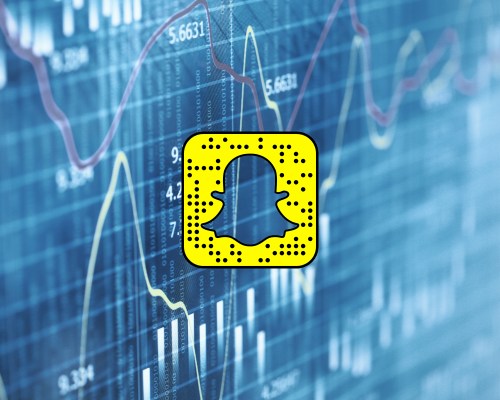 Snap went public in 2017 with a $24 billion valuation, but not long before then, the ephemeral photo sharing app experienced a massive hiccup: Instagram cloned their then-unique Stories feature. After Instagram Stories launched, Snapchat’s growth slowed by 82%. Then, when Snapchat redesigned its app’s interface, Kylie Jenner tweeted that she didn’t use the app anymore, causing the company’s valuation to drop by $1.2 billion.

sooo does anyone else not open Snapchat anymore? Or is it just me… ugh this is so sad.

But Snapchat held on and made a comeback. Its revenue reached an all-time high of $911 million in Q4 of 2020, then went down to $770 million the following quarter. Now, Snapchat’s revenue in Q2 of 2021 surpasses its previous high to reach $982 million.

The app’s Q2 growth could be attributed to the return of advertisers who scaled back their spending during the height of the pandemic, as well as the retention of users that flocked to the app while in lockdown. Like many social media platforms, Snapchat grew its revenue and user base during the pandemic, but this isn’t just a matter of re-engaging users with an app that they grew out of. As TikTok exploded on the scene and the creator economy boomed, Snapchat kept up by creating Spotlight, a TikTok clone, and investing in the applications of augmented reality.

“We made significant progress with our augmented reality platform this quarter,” Spiegel said. “More than 200 million Snapchatters engage with AR every day on average, and over 200,000 creators use Lens Studio to build AR Lenses for our community.”

Last month, Snapchat went viral for its Cartoon 3D Style Lens, which makes you look like a character in a Pixar movie. Spiegel specifically mentioned this lens as a feature that “highlighted the power of Lenses to go viral both inside and outside of Snapchat.” But beyond fun face filters, Snapchat has been using AR to woo e-commerce partners. The app has developed AR experiences for Walt Disney World, Smile Direct Club, Zenni Optical, e.l.f. Cosmetics, Ralph Lauren and more. This includes try-on capabilities for watches, jewelry, eyewear, handbags, makeup and even clothing. At its Partner Summit in May, Snapchat revealed an update that lets users scan friends’ outfits to find shopping recommendations for similar styles.

“We have a lot more work ahead to build out our technology and increase AR adoption, but we are thrilled with the results that our partners are seeing as we invest in our long-term camera opportunity,” said Jeremi Gorman, Snap’s chief business officer. “We are confident in our long-term opportunity, and are excited to double down on shopping and commerce via augmented reality.”

In March, Snap acquired Fit Analytics, a Berlin-based startup that helps shoppers find the right-sized apparel and footwear when shopping online. Combined with Snap’s investment in AR, could we eventually use AR to see which size of clothing to order? The application of that sort of technology would need to be handled sensitively, especially as the rates of eating disorders in teens are on the rise.

Beyond e-commerce, Snapchat has sought out strategic partnerships with entertainment companies like HBO Max and Universal Music Group and doubled down on its Spectacles, glasses that create AR experiences. Of course, Facebook is working on AR glasses too. But for both companies, Snap’s recent successes show the rising adoption and value of AR experiences.