Snap announces a new generation of Spectacles, streamlined glasses to experience the world in AR – TechCrunch 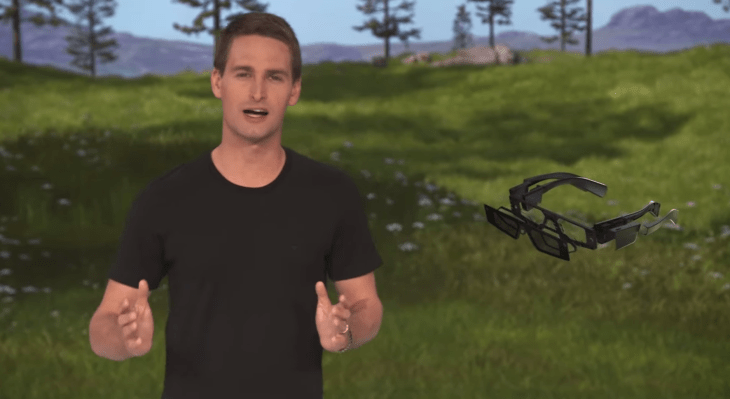 Amid a pre-recorded Partner Summit where Snap took users through a whole set of new tools for Snapchat users, creators and companies, Snap also threw in a “one more thing” at the end that shows the company, after a rocky start several years ago, is definitely not giving up on hardware soon.

Today the company announced the latest generation of its Spectacles, a streamlined 60s-style design in black that is the company’s biggest play yet in merging some of the work its been building in augmented reality technology to a specific device tailored to work with it. You can pre-order the new glasses on Spectacles.com.

Evan Spiegel, Snap’s co-founder and CEO, described the Spectacles as the company’s “first pair of glasses that bring augmented reality to life,” and if you ever owned or tried out earlier versions of the glasses, it sounds like these are just more intuitive and seamless.

The fourth generation of these glasses will operate at 30 minutes at a time, he said, and will feature dual 3D waveguide displays, and a 26.3-degree diagonal field of view for an immersive lens experiences that “feel like they’re naturally overlaid on the world in front of you.” The glasses come with a lot of brightness built in to make them as usable inside as outside, and the glasses come with built in microphones, stereo speakers and touchpad controls. They are also relatively light at 134 grams.

Spiegel said that the glasses will feature the company’s new spatial engine, “which leverages six degrees of freedom, hand and surface tracking realistic ground digital objects in the physical world,” with 15 millisecond motion to photon latency for more responsiveness. The glasses are also integrated with Snap’s Lens Studio so that creators can build custom lenses for the devices. It’s rolled out the glasses already to a small group of early users, so expect to see these ship pre-populated with a range of lenses and other customizations.