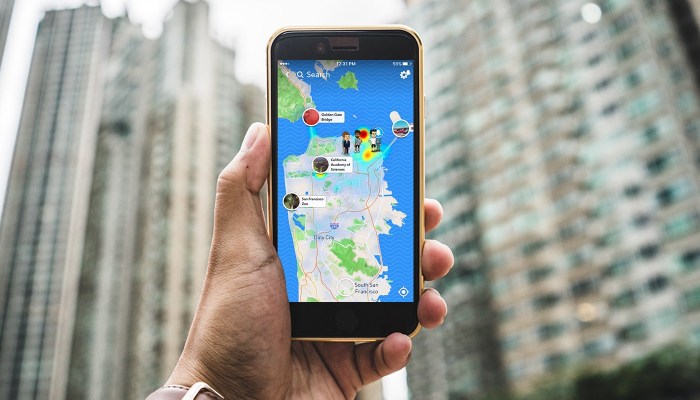 Snap confirmed the news to TechCrunch and said the acquisition will result in four StreetCred team members — including co-founders Randy Meech and Diana Shkolnikov — joining the company, where they’ll be working on map and location-related products.

A big component of that strategy is the Snap Map, which allows users to view public snaps from a given area and to share their location with friends. Last summer, the Snap Map was added to Snapchat’s main navigation bar, and the company announced that the product was reaching 200 million users every month.

At the same time, Snapchat has been adding other products that tie into a user’s locations, such as Local Lenses, which allow developers to create geography-specific augmented reality lenses that interact with physical locations.

Meech and Shkolnikov should be bringing plenty of mapping experience to Snap — Meech was formerly CEO at Samsung’s open mapping subsidiary Mapzen, and before that the senior vice president of local and mapping products at TechCrunch’s parent company AOL (subsequently rebranded as Verizon Media). Shkolnikov, meanwhile, is the former engineering director at Mapzen.

StreetCred had raised $1 million in seed funding from Bowery Capital and Notation Capital. When I spoke to Meech in 2018, he said his goal was to “open up and decentralize” location data by building a blockchain-based marketplace where users are rewarded for helping to collect that data.

While the financial terms of the acquisition were not disclosed, the existing StreetCred platform will be shut down as part of the deal.