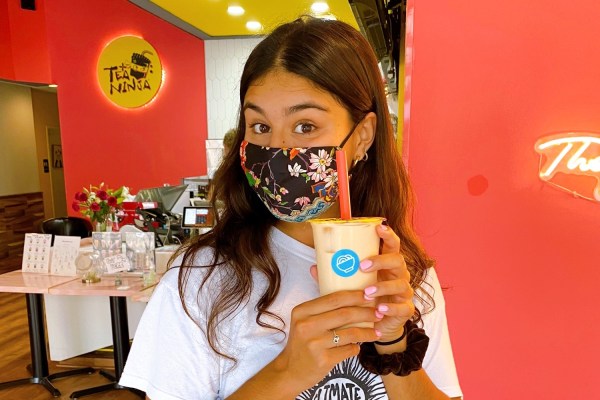 While every food delivery company is trying to get an edge on its rivals with discount codes, faster service, and a turn into the realm of spooky with ghost kitchens and dark stores, a startup built on a lighter, social concept — letting people see what their friends are chomping on, making it possible to order food and drinks for each other and group order, with buyers picking it all up for themselves — has just raised a substantial Series B and says that it is already profitable in a number of markets.

Snackpass, which describes itself as a “food meets friends” — essentially a social commerce platform for ordering from restaurants; “snack,” the CEO tells me, has a double meaning of eating, and a flirtatious reference to a cutie pie — has picked up a $70 million, a super-sized Series B that it will be using to continue expanding to more markets in the U.S.

Conceived four years ago while Kevin Tan, the CEO who co-founded the company with Jamie Marshall, was still a student at Yale studying physics, Snackpass has grown by remaining true to its higher-ed roots. The startup now has 500,000 users across 13 college towns, and has seen its growth explode 7x year-over-year. This round values the startup at over $400 million.

This latest tranche of funding is coming from an interesting group of investors. Led by Craft Ventures, it also includes Andreessen Horowitz (which led its $21 million Series A), General Catalyst, Y Combinator, Pioneer Fund (a fund from YC alumni), and a long list of individual backers that speaks to the attention Snackpass is getting and the place it’s carving out for itself as a go-to food platform for millennials and younger users.

The vast majority of food-ordering platforms these days are focused on delivery and, in many cases, ways of getting an edge over other platforms in executing on that — a push that often comes at the expense of margins than are thinner than a Roman pizza. Snackpass’s big breakthrough, if you could call it that, was to simply dial back from that one-upmanship, moving away from that premise altogether, aiming to disrupt something much more prosaic: the queue.

Tan said Snackpass asked its users what they would do if they weren’t using the app, and they said, “Oh, I just stand in line to order,” he told me in an interview.

“The market share right now is owned by people standing in line at the register, and placing their order. Our vision is that in five years that will no longer exist, like, there will be no more registers. We don’t think it makes any sense.”

He notes that for those who really want delivery, people can opt for that, too — Snackpass integrates with delivery services like UberEats to fulfill that — but 90% of the orders on Snackpass are pickup, meaning that not only does the company then not have to deal with its own fleets of delivery people, and the infrastructure of that, but the operating costs to provide that are also not there.

It turns out that actually a lot of young people seem happy to pop out to get something nice to eat. It means they get to socialise, and take a selfie with their food or drink (boba tea figures strongly) at the venue where it’s being bought. It becomes an experience.

It’s also where the market is in another sense.

“What people don’t realize is delivery is only 8% of the restaurant industry,” Tan told me. “And while it’s very much competed for by like big companies, and it’s a huge market, the restaurant industry, is like, much bigger, it’s $800 billion. And 90% of that purchasing is still offline,” he continued, referring to the many people who just queue up, order, buy, and leave. “It’s anonymous, and it’s on the verge of disruption. And we’re focused on that much bigger blue ocean.”

Its formula seems to be working with its target users. Tan said that the service has 80% penetration with students in the markets where it has launched. The average customer orders four and a half times a month, with some customers ordering every day. “You can actually see that it’s like, five to ten times more engagement than the delivery platforms, like UberEats.”

The company’s commissions vary and start at 7% and it’s current suite includes online ordering, self-service kiosks, digital menus, marketing services, and a customer referral program. It’s already profitable (in certain markets) but as it continues to grow (and maybe extend to other demographics) you can imagine it adding and expanding on all of these.

Right now, there isn’t much of a social “user graph” per se on Snackpass, nor does it integrate particularly deeply with any specific social apps, but you could imagine a partnership there down the line, especially considering how companies like Snap and Facebook are now getting a whole lot more involved with commerce.

“In building a social experience around food through shared rewards, gifting, and a social activity feed, Snackpass has created a dynamic and attractive restaurant ordering system,” says Bryan Rosenblatt, partner, Craft Ventures, in a statement. “The growth of its marketplace and virality of the product coupled with Snackpass’ outstanding  team and vision, make it the ultimate solution for consumers and businesses alike. We are thrilled to help take Snackpass to the next level with this latest round of funding.”

Updated to clarify that Snackpass is profitable in some but not all markets; to correct the spelling and names of some of the investors; and to note that Snackpass currently does not work with DoorDash; and that 7x growth has been y-o-y, not over the last three months.