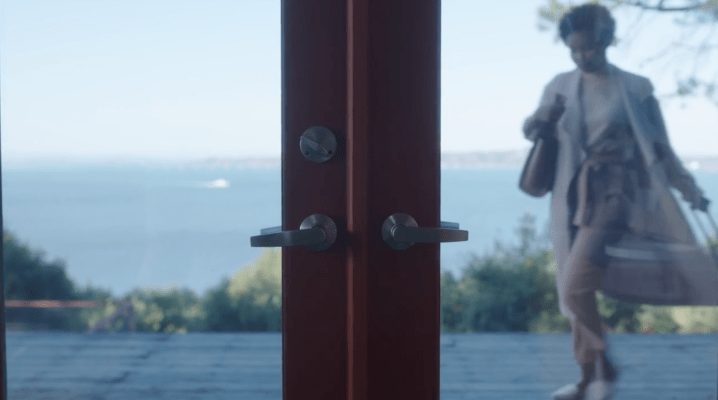 As companies like Google, Amazon and Apple hone their strategies to build the brain that helps you use the smart home of the future, where a new wave of internet-enabled appliances, climate and security systems and other connected objects can be connected and controlled through their hubs, a new smart home startup called Level Home is emerging from stealth today with a big packet of funding and a hope of bringing something new to the table, by focusing on ways of rethinking old things you own already, starting with the lock on your front door.

The Level Lock, the first patented product, is a system — tested for durability, powered by a basic CR2 battery (average life: one year), equipped with ANSI GRADE 1/A security and encryption — that is fitted into the existing dead bolt on your door to make it “smart”. Level Home says you can install the Lock yourself using a basic number two scredriver — “the most common tool in the American home”, says CEO and co-founder John Martin — or you can engage Level Home’s installation partner, HelloTech, to set it up.

The key thing with the Level Lock is that you door will not look any different after you install it. But linking it up with HomeKit, you can then use an Apple iPhone or Watch to unlock it (or, you can also still use the physical keys that come with the lock to open the door). Through the app, you can then also provide one-off or repeat access to others and monitor who comes and goes. 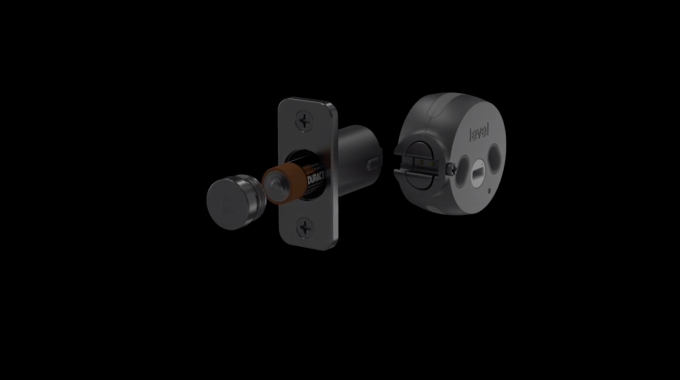 Priced at $249 when it goes on sale (first in the US), the Lock is available now for preorder on Level Home’s site. But there is a good chance that when the Lock does become generally available, you will be able to get it in more places beyond Level’s site.

That’s because, along with the launch of the Level Lock and the company itself, Level Home is also announcing that it has raised $71 million in funding in the years that it has been in stealth, with investors including a firm called Hut 8 Ventures (unclear if connected to Hut 8 cryptocurrency mining, I’m asking), Lennar Homes — the home maker that has worked with the likes of Apple and Amazon to build in connected features into new properties — and Walmart.

The retail giant has been working double time to “level up” to Amazon on the e-commerce front, building a range of services online and increasing the ways in which it can connect with shoppers beyond visits to its large retail locations, and while Level is not disclosing any details yet on how it will work with its strategic investors, you could imagine its involvement having more than one touchpoint.

It could be a very strong sales channel for the Level Lock through its many well-visited retail locations.

But it could also be sold potentially as part of a bigger service offering, in competition with something like Amazon Key, where Walmart offers smart locks to its customers as part of a bigger home delivery business. (Walmart has already started down this road: back in 2017 it first partnered with smart lock maker August to test in-home delivery.)

Partnerships with the likes of Walmart and Lennar sound like a big deal, considering that the company hasn’t tested its product or brand in the market, and the area of smart home hardware is also very crowded already.

Part of the reason for the leap may be because of the background of the founders. John Martin (CEO) and Ken Goto (CTO) have worked together for decades across a range of major tech and other consumer companies including Microsoft, Starbucks and Apple. Underneath them, they have assembled a wider team of about 50 of like-minded people to bring that vision into the physical world.

“Much of the current company are people from Google, Microsoft, and Facebook and others,” said Goto. “We have a shared level of talent and capability.”

To be very clear, Martin and Goto are very far from the image of young startup-hopefuls, Martin told me he didn’t even really like the term “startup.” Instead, the two are taking a measured and very confident approach to the bigger task of thinking about how to approach a new generation of hardware.

For them, it isn’t so much as “disrupting” what is already being used, as it is trying to augment it to bring in a wider population of adopters beyond those who embrace the cutting edge of tech.

“We could have made anything for the connected home, so and we thought for weeks about what to invent,” Martin told me about the pair’s decision to focus first on the front door lock three years ago. “We had a couple of fundamentals: we wanted products for everyday life, and we didn’t want home automation out of the mainline of what normally happens. We didn’t want lightbulbs to change color for the sake of it, and we didn’t want to appeal just to the tech professional. So we thought entry was the right point to start.” Or, you could say entry was a good point of entry.

Of course, Level Home isn’t the first to come on this progression of logic. Smart doors and smart locks are everywhere now, although ironically, they are not being used all that much.

“When we looked at first generation smart locks, we were offended by how aggressively the experience was departing from how people use locks today.” By this, Martin is referring to things like physical keys, or aesthetically pleasing doors and locks without large objects attached to them.

Indeed, the smart home market has not been a home run so far, but it shows some promise. The smart home market overall is projected to generate revenues of nearly $74 million this year, nearly doubling to $141 billion by 2023. A stream of hardware sales will underpin that growth, with some 140 million smart locks and other home security devices — the second-biggest category after video entertainment — expected to be shipped this year, growing to 352 million by 2023 globally.

But within that, penetration has not been massive: in Europe, only around 11 percent of homes have smart home devices in them (not counting phones), and in the US, the figure is only slightly higher, at 15%. That speaks to a still-nascent market, but also the fact that many people’s imaginations, and crucially wallets, have get to be captured by what is on offer today.

That spells opportunity for the smart home entrepreneurs, and investors willing to take the leap to back them.

Martin and Goto said that they have a pipeline of several other products that they will be working on, although for now, they are keeping quiet on what those might be. I’ve searched and can only so far find patents for the Lock system, but they tell me that the basic idea will be to continue present an alternative version of the smart home: to quietly make our lives at home easier and more connected, but without any massively perceptible shifts. Move slow, don’t break things.

In a market with a lot of options for how to bring more modern objects into the mix that genuinely look like the future, this could be a good differentiator.

“We’re pleased to make an investment in Level Home as they unveil their latest technology, the Level Lock,” said Ashley Hubka, Senior Vice President of Corporate Strategy, Development and Partnerships, Walmart, in a statement. “Smart technology products and home automation provide us with more opportunities to serve customers in new ways today and into the future.”

“Level Home’s unique approach and technology is a game changer for homebuilders,” said Eric Feder, Managing General Partner, Lennar Ventures, in a statement. “As one of the nation’s leading home builders, Lennar is founded on a long tradition of quality craftsmanship and attention to detail. The Level Lock will transform the smart lock category by allowing home builders to offer innovation without having to compromise on their home experience.”