Zack Parisa and Max Nova, the co-founders of the carbon offset company SilviaTerra, have spent the last decade working on a way to democratize access to revenue-generating carbon offsets.

As forestry credits become a big, booming business on the back of multibillion-dollar commitments from some of the world’s biggest companies to decarbonize their businesses, the kinds of technologies that the two founders have dedicated 10 years of their lives to building are only going to become more valuable.

That’s why their company, already a profitable business, has raised $4.4 million in outside funding led by Union Square Ventures and Version One Ventures, along with Salesforce founder and the driving force between the One Trillion Trees Initiative, Marc Benioff .

“Key to addressing the climate crisis is changing the balance in the so-called carbon cycle. At present, every year we are adding roughly 5 gigatons of carbon to the atmosphere. Since atmospheric carbon acts as a greenhouse gas this increases the energy that’s retained rather than radiated back into space which causes the earth to heat up,” writes Union Square Ventures managing partner Albert Wenger in a blog post. “There will be many ways such drawdown occurs and we will write about different approaches in the coming weeks (such as direct air capture and growing kelp in the oceans). One way that we understand well today and can act upon immediately are forests. The world’s forests today absorb a bit more than one gigatons of CO2 per year out of the atmosphere and turn it into biomass. We need to stop cutting and burning down existing forests (including preventing large scale forest fires) and we have to start planting more new trees. If we do that, the total potential for forests is around 4 to 5 gigatons per year (with some estimates as high as 9 gigatons).”

For the two founders, the new funding is the latest step in a long journey that began in the woods of Northern Alabama, where Parisa grew up.

After attending Mississippi State for forestry, Parisa went to graduate school at Yale, where he met Louisville, Kentucky native Max Nova, a computer science student who joined with Parisa to set up the company that would become SilviaTerra. 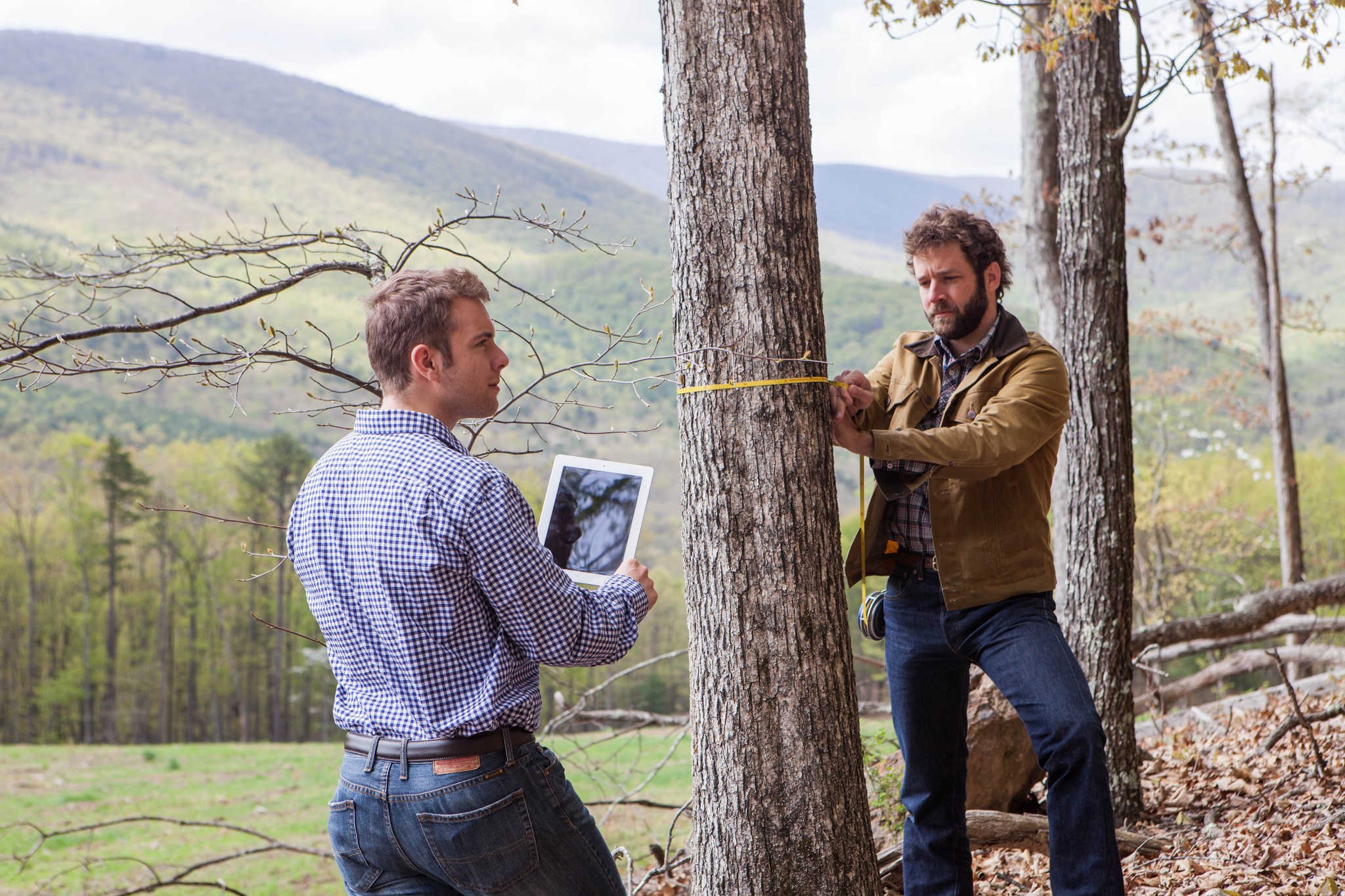 The two men developed a way to combine satellite imagery with field measurements to determine the size and species of trees in every acre of forest.

While the first step was to create a map of every forest in the U.S., the ultimate goal for both men was to find a way to put a carbon market on equal footing with the timber industry. Instead of cutting trees for cash, potentially landowners could find out how much it would be worth to maintain their forestland. As the company notes, forest management had previously been driven by the economics of timber harvesting, with over $10 billion spent in the U.S. each year.

The founders at SilviaTerra thought that the carbon market could be equally as large, but it’s hard for most landowners to access. Carbon offset projects can cost as much as $200,000 to put together, which is more than the value of the smaller offset projects for landowners like Parisa’s own family and the 40 acres they own in the Alabama forests.

There had to be a better way for smaller landowners to benefit from carbon markets too, Parisa and Nova thought.

To create this carbon economy, there needed to be a single source of record for every tree in the U.S. and while SilviaTerra had the technology to make that map, they lacked the compute power, machine learning capabilities and resources to build the map.

That’s where Microsoft’s AI for Earth program came in.

Working with AI for Earth, SilviaTierra created their first product, Basemap, to process terabytes of satellite imagery to determine the sizes and species of trees on every acre of America’s forestland. The company also worked with the U.S. Forestry Service to access their data, which was used in creating this holistic view of the forest assets in the U.S.

With the data from Basemap in hand, the company has created what it calls the Natural Capital Exchange. This program uses SilviaTerra’s unparalleled access to information about local forests, and the knowledge of how those forests are currently used to supply projects that actually represent land that would have been forested were it not for the offset money coming in.

Currently, many forestry projects are being passed off to offset buyers as legitimate offsets on land that would never have been forested in the first place — rendering the project meaningless and useless in any real way as an offset for carbon dioxide emissions.

“It’s a bloodbath out there,” said Nova of the scale of the problem with fraudulent offsets in the industry. “We’re not repackaging existing forest carbon projects and trying to connect the demand side with projects that already exist. Use technology to unlock a new supply of forest carbon offset.”

The first Natural Capital Exchange project was actually launched and funded by Microsoft back in 2019. In it, 20 Western Pennsylvania land owners originated forest carbon credits through the program, showing that the offsets could work for landowners with 40 acres, or, as the company said, 40,000. 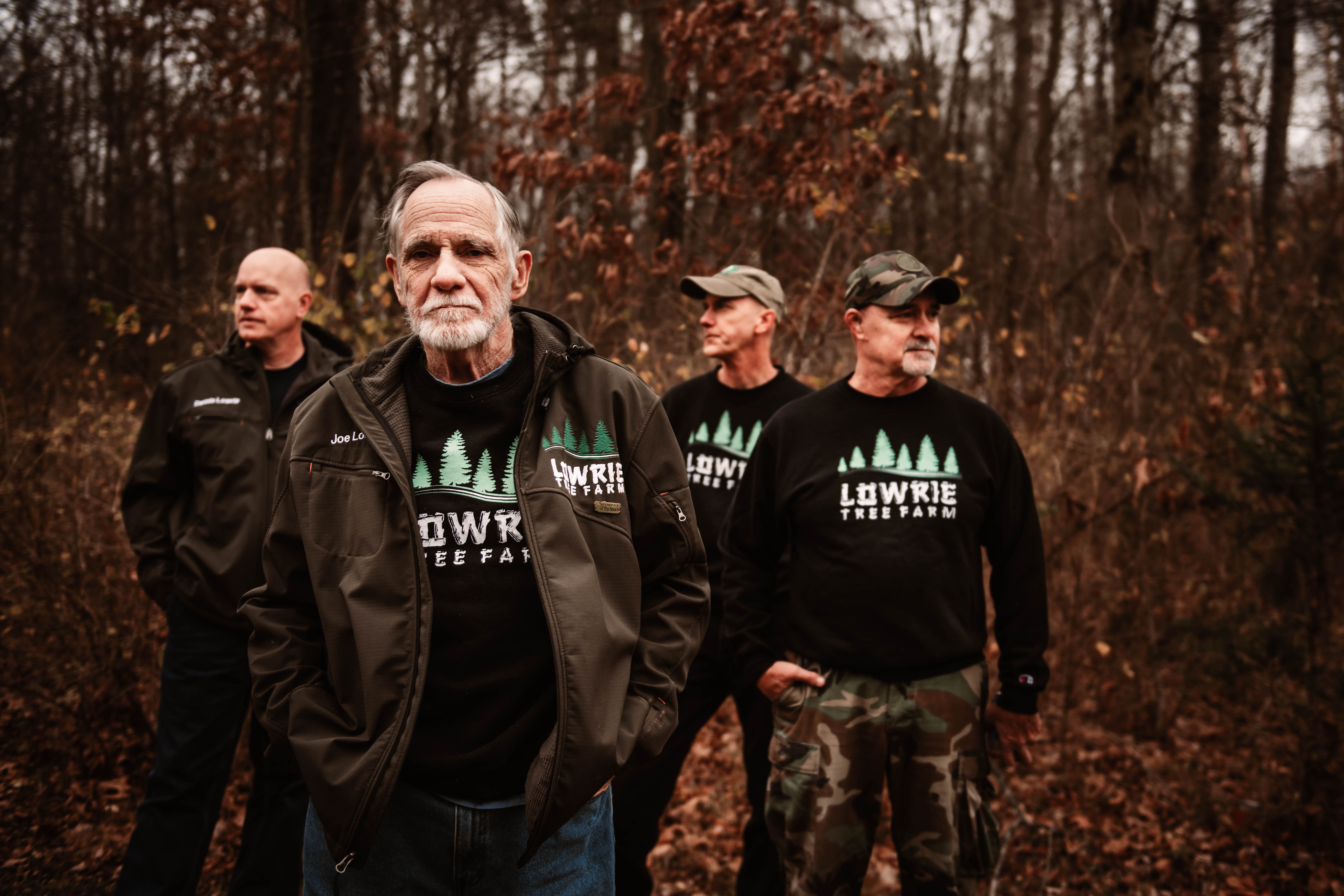 “We’re just trying to get inside every landowners annual economic planning cycle,” said Nova. “There’s a whole field of timber economics… and we’re helping answer the question of given the price of timber, given the price of carbon does it make sense to reduce your planned timber harvests?”

Ultimately, the two founders believe that they’ve found a way to pay for the total land value through the creation of data around the potential carbon offset value of these forests.

It’s more than just carbon markets, as well. The tools that SilviaTerra have created can be used for wildfire mitigation as well. “We’re at the right place at the right time with the right data and the right tools,” said Nova. “It’s about connecting that data to the decision and the economics of all this.”

The launch of the SilviaTerra exchange gives large buyers a vetted source to offset carbon. In some ways it’s an enterprise corollary to the work being done by startups like Wren, another Union Square Ventures investment, that focuses on offsetting the carbon footprint of everyday consumers. It’s also a competitor to companies like Pachama, which are trying to provide similar forest offsets at scale, or 3Degrees Inc. or South Pole.

Under a Biden administration there’s even more of an opportunity for these offset companies, the founders said, given discussions underway to establish a Carbon Bank. Established through the existing Commodity Credit Corp. run by the Department of Agriculture, the Carbon Bank would pay farmers and landowners across the U.S. for forestry and agricultural carbon offset projects.

“Everybody knows that there’s more value in these systems than just the product that we harvest off of it,” said Parisa. “Until we put those benefits in the same footing as the things we cut off and send to market…. As the value of these things goes up… absolutely it is going to influence these decisions and it is a cash crop… It’s a money pump from coastal America into middle America to create these things that they need.”