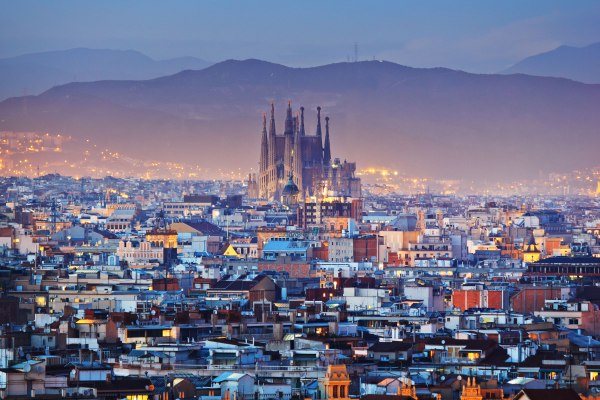 The pandemic has upended many aspects of urban life but perhaps the most visible upheaval is to citydwellers’ social lives, with curfews calling time on traditional night life across much of the Western world and social distancing putting a chilly spin on opportunities for getting together with people outside your usual circle. Who knew leaving the house was going to seem like such a mission?

Opportunities to escape the city entirely — such as by jetting off somewhere — remain severely limited or even impossible right now, depending on where you live. And for many urbanites COVID-19 may feel as if it’s turned the advantages of city living on its head, despite lockdowns generally not being as hard-line as they were at times last year and vaccines now (slowly) being rolled out.

Sharify is a startup that reckons it can help with the weird flatness of pandemic city living. It’s a real-time events app (iOS and Android) that wants to bring back a little of the serendipitous joy of urban living by making it easier to discovery things going on around you — maybe even just a few blocks away. To do this it’s combined real-time event listings with a map view (via the medium of emoji-style icons plus filters) to quickly and cheerfully surround you with stuff that’s happening in the vicinity.

Though the business idea predates COVID-19, Sharify isn’t blind to the changes wrought by the pandemic. And the app displays a star icon next to events that are deemed COVID-19 ‘safe’ — a subtle promotion meaning the organizer has measures in place to reduce the risk of contagion, such as controlling venue capacity, providing disinfectant hand gel and ensuring tables/seating are safety spaced. (Which may well be legal requirements for a venue to be open for business, of course.)

At the same time, the app lets users share their own meeting plan with other users — potentially encouraging a bunch of strangers to meet up to play some music or hang out in the park or whatnot — so its appropriateness for the pandemic moment in which we find ourselves does depend on how you use it.

It’s open to social swings or roundabouts, you could say. (And limits on when/how clubs and bars can open may well be pushing a socially oriented and app-savvy demographic toward alternative ways (and tools) to mingle with strangers.)

More broadly, Sharify invites users to rethink the concept of travel and trips — asking them to refocus their attention and energy on discovering entertaining things to do without having to go far or plan far ahead. Because, well, what else can anyone really do right now? Apart from stay at home ofc.

The app does have two ‘view’ modes: One for events geared towards locals and/or a dedicated ‘tourist’ view to cater to those wanting to do more typical sightseeing — though content for the latter is obviously thinner on the ground at the moment. (And, well, ‘tourism’ as a concept is starting to feel rather quaint and old-fashioned vs properly exploring your own backyard.)

Officially Sharify is launched in Barcelona, Madrid and New York City — but says it’s “expanding quickly” and touts being “present” in 25+ cities around the world (presumably with a lighter events cadence vs those three).

I tested the app in Barcelona and quickly found a bunch of local events that looked interesting — at least compared to another night of thumbing through the Netflix catalogue — from a Banksy art exhibition, to a stand up comedy show (in English!), lots of theatre, a bunch of markets, yoga classes and a skateboarding event all going on within, at most, a couple of miles and days from where I’ve been spending the vast majority of my time for, like, almost a whole entire year.

Just the act of seeing stuff still going on in a city which, frankly, hasn’t felt very familiar or open for much of anything for close to 12 months was a bit of an eye opener.

After so much time locked down indoors maybe we all need a bit of a nudge/visual reminder that life is still going on — and socializing is still possible (with appropriate safety measures and distancing) — beyond the front door and away from the Zoom screen (or any other screen tbh). Even if I’m not about to sign up for everything I spotted in the app. But feeling like I could is almost exciting enough.

As well as providing key details about each event (when, where, any website etc), Sharify lets you signal an intent to go that’s visible to other users by ‘joining’ an event. It also hosts per event chat where those who have joined are invited to “talk to people who join the plan” — which is another neat little nudge to get users excited about going to a local thing, maybe without their usual friend group in tow.

Where users create their own plans to advertise to others it touts an impressively high “join” rate of 95%. (Albeit saying you’re going to something you found via an app isn’t the same as actually turning up.)

To encourage users to discover and attend others’ events, Sharify displays a smilie face on the map in locations where several people are up for ‘sharing plans’ — listing the number of people theoretically up for joining in stuff around there and nudging you to ‘create a plan in this area’ to tap into that potential guest pool.

It also lets you drill down to check out micro profiles of these (public) socially interested locals — displaying a first name, perhaps a photo and any ‘interests’ if they’ve chosen to select some from its curated lists of culture, hobbies, sports and social activities etc. (Happily there’s no option to message individual users via their profile so no fear of stupid in-app spam.)

Location-based and social sharing is not new, of course. Indeed, it’s an idea that’s been around the tech block so many times the sound of a ‘real-time events map’ probably triggers a fuzzy feeling of ‘haven’t I seen this before somewhere?’ The deja vu may be real but context is ever shifting, is the point. Or, to put it another way, here and now, in an open-ended pandemic, going about finding something to do probably looks and feels quite a bit different to how you did it, pre-March 2020.

Put simply: Best laid plans are toast. Friends who don’t live in the same city are likely reachable only on Zoom or by text. And at very least you’re dealing with hard limits on how far you can range for your entertainment in time and space.

Local and/or virtual is the new global, all of a sudden. So Sharify reckons its real-time events map is just the ticket/tonic in this curtailed context — by cheerfully surrounding you with nearby stuff to do. The 2017-founded startup says it’s been growing “despite” the pandemic.

“We’re stuck at home, and we saw all the Netflix series. Is there any plan near my home for this afternoon? Event agendas simply don’t work in this user case. That’s why we built a real-time map,” says co-founder and CEO Gemma Prenafeta. “And the problem we will face in some months from now: I’m not stuck at home anymore. Where do I find new events easily?”

“As Sharify is a collaborative platform, we let people share their own events for free, we scrape different event sources such as Google and Tiqets, and we highlight those businesses that want to promote themselves,” she adds, giving a succinct explainer on how the app populates the map view with stuff to do.

Social maps aren’t new, of course — and features like Snap Map, which was added to Snap’s social network via its acquisition of Zenly, certainly has a bit of overlap (while Sharify’s smiley octopus logo on a yellow background has more than a little of Snap’s ghost in look and feel), though Snap Map is more obviously focused on friends’ location and social sharing vs Sharify being about event discovery, first and foremost. (Friends may follow from this real-life socializing, is the suggestion.)

There are also event discovery network startups (like calendar-focused IRL). But, again, with such a glance-friendly map view, Sharify is paying closer attention to immediacy/hyper-local event discovery vs IRL — which pivoted to helping people surface virtual events as the pandemic shuttered lots of real world events last year and has since focused on building out its own social network.

“The ‘immediacy’ factor is key at Sharify, as you can see what’s happening, in real-time,” says Prenafeta. “We say going to a local event is a kind of ‘Local Trip’. Traveling before was about taking flights, now it’s about taking a Bird or a eCooltra to an event nearby.”

Whether mapping real-time events is a standalone business or a feature/tool that could just be added to a dominant platform/social network is perhaps a more pressing question for this fledgling startup. And it’s notable that tech (and mapping) giant Google added a ‘Community Feed’ to Maps late last year.

Facebook has also had an ‘Events Near Me‘ feature on its platform for years. Albeit, anything listed inside its walled garden has to contend with all the baggage Facebook brings with it. So an indie app with a fresh approach should have a chance to attract users who wouldn’t be caught dead on Facebook (even in a pandemic).

Sharify has certainly come up with a really effortless way to spark a sense of possibility — to feel like you can cut through the monotony of lockdown life — just by firing up a super simple overview of stuff going on around you.

It then layers on some more powerful tools that are designed to help you find others to do stuff with, which adds a subtle but maybe deeper hook in these socially distanced times.

“Life is still pretty locked down, and that’s why it’s more important than ever to know what’s open and what isn’t, close to our house,” suggests Prenafeta. And, well, it’s pretty hard to argue with that.

She’s looking beyond the pandemic too — back to more normalcy and anticipating helping local businesses announce their reopenings, once that’s possible. The team is “currently working on a seed investment round to prepare for the post-pandemic momentum”, she says.

So far the Barcelona-based startup has raised a pre-seed and an angel round led by IESE Group, per Prenafeta — with a total of €501,000 (~$600k) invested to date into what has turned out to be a contextually fresh twist on the old SoMoLo trend.