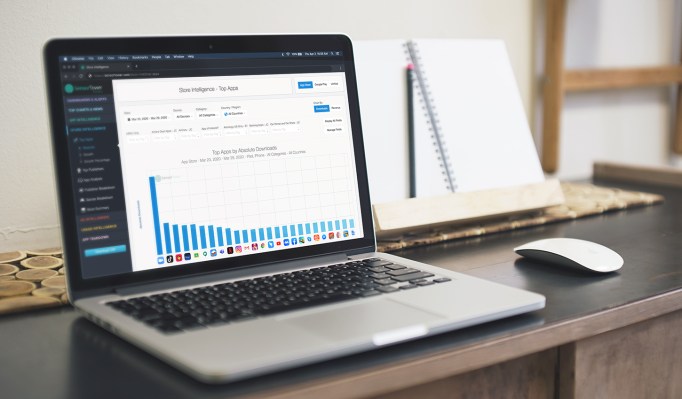 Mobile app market intelligence firm Sensor Tower has made its first acquisition. The company this morning announced it’s acquiring Pathmatics, a market intelligence company which will now combine its paid digital and social media platform with Sensor Tower’s business. Deal terms were not detailed but include an undisclosed growth investment from Riverwood Capital into Pathmatics.

The acquisition will allow the companies to offer an expanded set of digital and mobile advertising insights to their respective customers, including new social insights for TikTok, YouTube mobile, and Snap this year, powered by Sensor Tower.

The deal follows Sensor Tower’s first significant fundraising last year, with $45 million also from Riverwood Capital. Though Sensor Tower had been profitable since its launch, now serving more than 350 enterprise-level customers for its app and ad intelligence products, it chose to raise the additional capital in order to further grow its business, with investments in hiring, marketing, infrastructure and other expansions.

With Pathmatics, it’s buying a company that’s also been on its way up. The company had seen over 100% year-over-year growth for its own market intelligence business since launching in 2011. It now has over 250 brands, media and advertising agencies as customers, as well as over 7,000 users of its platform, representing over 200% software-as-a-service growth since 2018.

The two businesses are teaming up at a time when digital advertising is also on the rise, in part due to the shifts in the market attributed to the pandemic. As more businesses began operating online last year, advertisers increased their digital ad spending by 12.7% to $368 billion, per eMarketer. And digital advertising will account for 58% of media spending in 2021.

We understand Sensor Tower acquired both the IP and its over 60-person team from Pathmatics as a result of the acquisition. The entire team will join Sensor Tower with the executive suite now being a combination of both of the company’s leaders. Sensor Tower co-founder Alexey Malafeev will remain as CEO while Gabe Gottlieb, CEO and co-founder of Pathmatics, will become Chief Strategy Officer.

Historically, Pathmatics had provided brands and agencies with all creative used by advertisers, spend and impression, and path to publisher and viewer, to help them reduce waste from their budgets, improve their own marketing, and predict their competitors’ next move.

Going forward, both sets of customers will be able to opt into the other company’s solutions, including mobile, social media, and digital insights. Longer-term, the two companies will work together to bring more products to the market for their over 600 combined customers across 50 countries. Among these is a plan to add Pathmatics’ Facebook, Instagram, Twitter and other digital ad intelligence capture into Sensor Tower, as well as an effort to augment Sensor Tower’s dataset with ad insights beyond app installs.

These features will make the product a better fit for larger brands looking into all aspects of the competitors’ campaigns, ranging from how they’re advertising for app installs to how they’re building brand awareness.

“As the global economy increasingly shifts to digital, it’s imperative that companies can understand and
navigate the entire digital landscape — from mobile to web and desktop — using accurate and insightful data,” noted Ramesh Venugopal, Principal at Riverwood Capital, in a statement about the acquisition. “The combination of Sensor Tower and Pathmatics presents a unique and valuable offering to customers allowing them to take advantage of a broad range of datasets with increased focus on consumer privacy and deep digital insights that leaders in every industry will need,” he added.