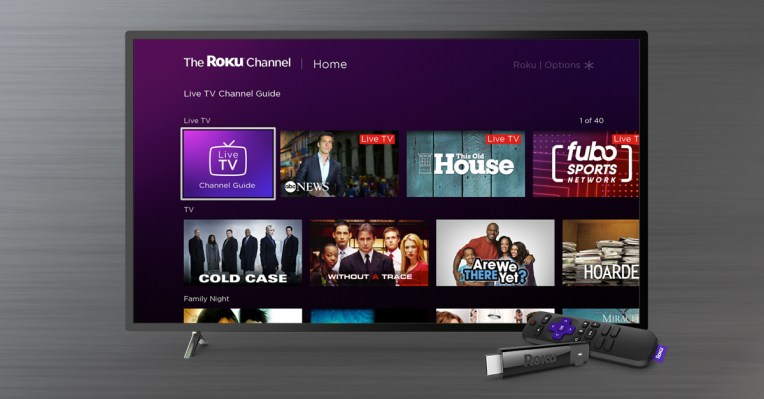 Quibi is dead, but its shows will live on.

The Wall Street Journal reported last week that Roku was in talks to acquire the short-form video service’s content. And this morning, Roku announced that it has indeed reached a deal for the exclusive distribution rights to all of Quibi’s programs.

Roku said it will make this content available for free with ads on The Roku Channel. That doesn’t just include the shows that were previously available on Quibi, but also “more than a dozen” programs making “their exclusive debut on The Roku Channel” — in other words, they were created for the service but unreleased due to the app’s shutdown.

“Today’s announcement marks a rare opportunity to acquire compelling original content that features some of the biggest names in entertainment,” said Roku’s vice president of programming Rob Holmes in a statement. “We’re excited to make this content available to our users in The Roku Channel through an ad-supported model. We are also thrilled to welcome the incredible studios and talented individuals who brought these stories to life and showcase them to our tens of millions of users.”

While Roku is best known for its streaming TV devices and software, advertising is a growing part of its business. And it says The Roku Channel (which offers both free content and subscription channels) reached 61.8 million U.S. viewers in the fourth quarter of last year.

Quibi, meanwhile, announced its shutdown in October, just six months after its splashy launch. The service was focused on creating video episodes that lasted 10 minutes or less and were designed for viewing on-the-go — a poor fit for a period of pandemic and lockdowns.

In their farewell note, executives Jeffrey Katzenberg and Meg Whitman suggested that the service failed due to a combination of bad timing and the fact that “the idea itself wasn’t strong enough to justify a standalone streaming service.”

“The most creative and imaginative minds in Hollywood created groundbreaking content for Quibi that exceeded our expectations,” Katzenberg said in today’s announcement. “We are thrilled that these stories, from the surreal to the sublime, have found a new home on The Roku Channel.”

It’s also worth noting that the service was initially focused entirely on mobile viewing, with no way to watch the shows on smart TVs. That eventually changed, starting with the addition of AirPlay support. Now, with the Roku acquisition, it seems that shows designed to be watched on your smartphone will instead be viewed primarily on your TV.