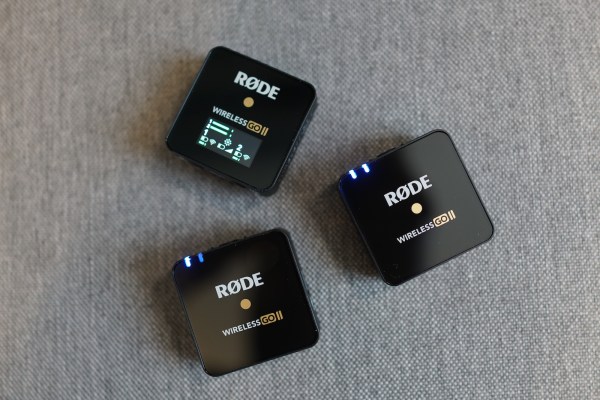 Rode Microphones has a new and improved version of its much-loved Go portable mic, the Wireless Go II, which uses the same form factor as the original but adds a list of new and improved features. Most notably, the Go II offers two transmitter packs that can simultaneously talk to a single receiver, letting you record two individual speakers to the same camera or connected device.

The Rode Wireless Go II ($299) ships with everything you need to begin recording high-quality audio to a camera or anything else that can connect to a 3.5mm jack. The transmitter packs – there are two of them in the box – have built-in microphones that offer great sound on their own, or you can use them with any 3.5mm-equipped lavalier mic depending on your needs.

The receiver pack can output to 3.5mm TRS, but it can also transmit using USB Type-C (which is also for charging). This is new for this generation, and Rode also sells USB-C to USB-C and USB-C to Lightning cables so that you can use them with modern Android devices, iPhones, iPads, Macs and PCs. 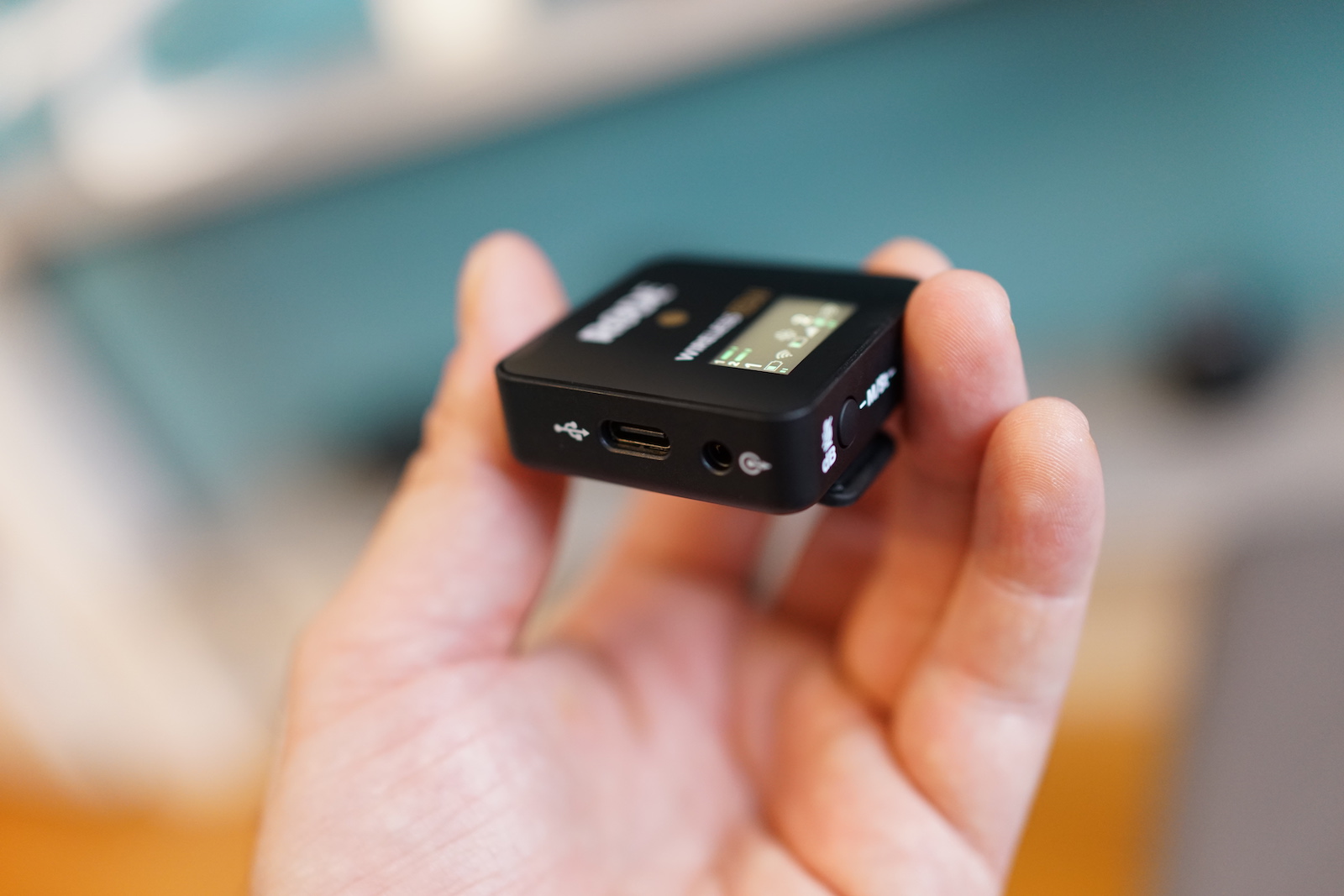 Each of the three packs has a built-in rechargeable battery that can provide up to 7 hours of operating time on a single charge. You can independently adjust the gain on each of the transmitters, and mute each individually or both from the receiver pack. You can also swap between mono recording with each transmitter as a channel, and stereo recording modes.

The transmitters can operate at a range of 200 meters (roughly 650 feet) from the receiver, provided they have line-of-sight, and the receiver has a display to show you input levels, battery status, connectivity and more. The transmitters each have two LEDs that provide visual feedback for connectivity and gain. Each also automatically records locally, with the ability to store more than 24 hours of audio on built-in storage in case of dropouts in connectivity.

With this update, it really feels like Rode has thought of everything. You can get started immediately, for one, since the transmitter packs and receiver come pre-paired and assigned to left and right channels by default. They’re incredibly user-friendly, and while Rode has introduced a new Windows and Mac app for centralized control of them called Rode Central, you don’t actually need any additional software to get started recording with them.

This updated version also uses a new RF transmission tech that has 128-bit encryption built in, with a much farther line-of-site range for their use. This is designed to make them much more reliable in areas where there’s a lot of RF traffic happening already – like a busy shopping mall (once COVID times are behind us), conference halls, or other public areas with lots of people and smartphones around.

The onboard memory is also new, and means you’ll never have to worry about any potential dropped connections since you’ll always have a local file to rely on on the transmitter packs themselves. A similar peace-of-mind feature is a safety channel that records a back-up track at -20db, so that if you encounter any overloud sounds that cause peaking in your primary recording, you’ll have another option. Both of these features have to be turned on proactively in the Rode Central app, which Rode will also use to deliver future firmware updates for the Go II, but they’re very welcome additions. 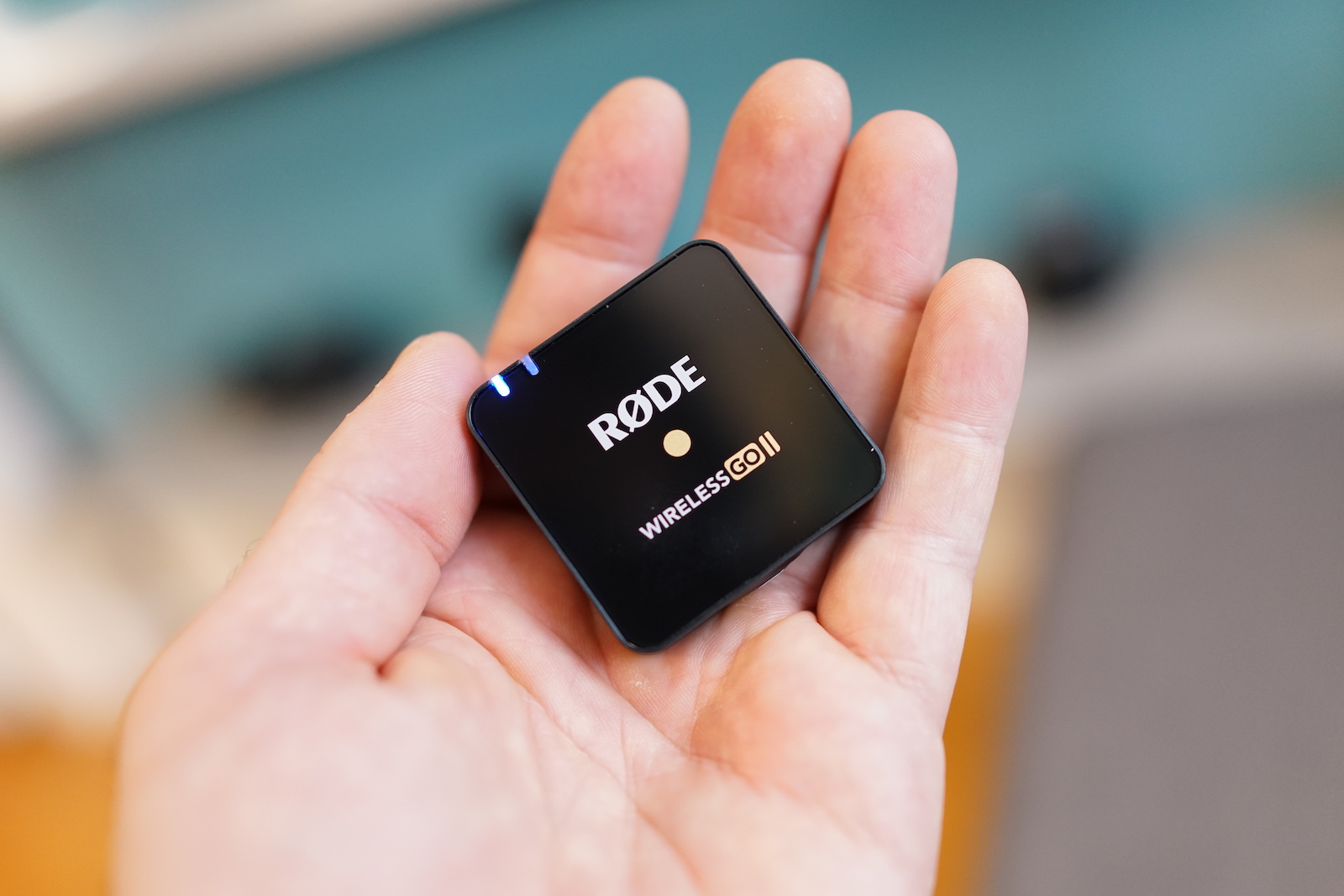 Meanwhile, the best new feature might be that you get all these improvements in the same great package. Rode’s original Go was remarkable in large part because it came in such a small, portable package, with transmitters that featured built-in mics as well as being great body packs. The size here is exactly the same, and these use the same integrated clips that make them compatible with all of Rode’s existing Go accessories.

There’s a concept of ‘lapping’ in racing, where you’re so far ahead of a competitor that you overtake them again. That’s basically what Rode has done with the Go II, which pads the lead for the best mobile video/field podcasting mic on the market, with smart features that address the few downsides of the original.