Remembering the startups we lost in 2020 – TechCrunch 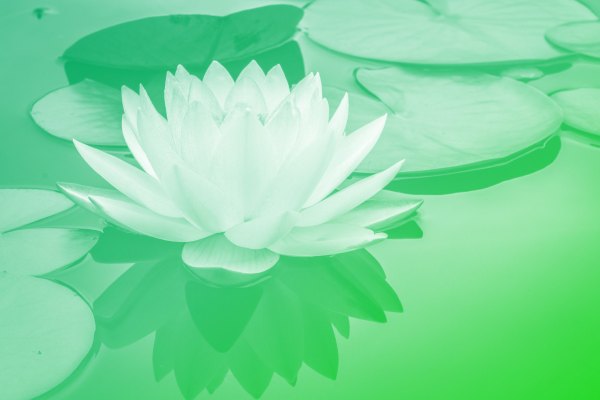 Even in a non-hell year, running a successful startup is a tremendous lift. After the events of 2020, however, no doubt many already lean businesses are hanging on by the skin of their teeth. For every company that saw increased interest in their offerings during the pandemic, there were several that simply couldn’t make it through the finish line.

We’ve put this list together for several years now. It’s not a fun task, but it seems worthwhile to commemorate the startups that have closed up shop over the past 12 months. (Some of them were acquired by larger companies before shutting down, but all of them began their life as startups, and it still felt worthwhile to mark the end of their stories.) It also offers an opportunity to examine those issues from a bit of distance to see if there are any broader takeaways for the community at large.

This year’s list is among the most diverse we’ve done, ranging from standard smaller-name closures to big blockbuster crashes like Quibi and Essential . For some, the pandemic was the final nail in the coffin, but in many cases, cracks in business models were already starting to surface well before COVID-19 ground the global economy to a screeching halt. 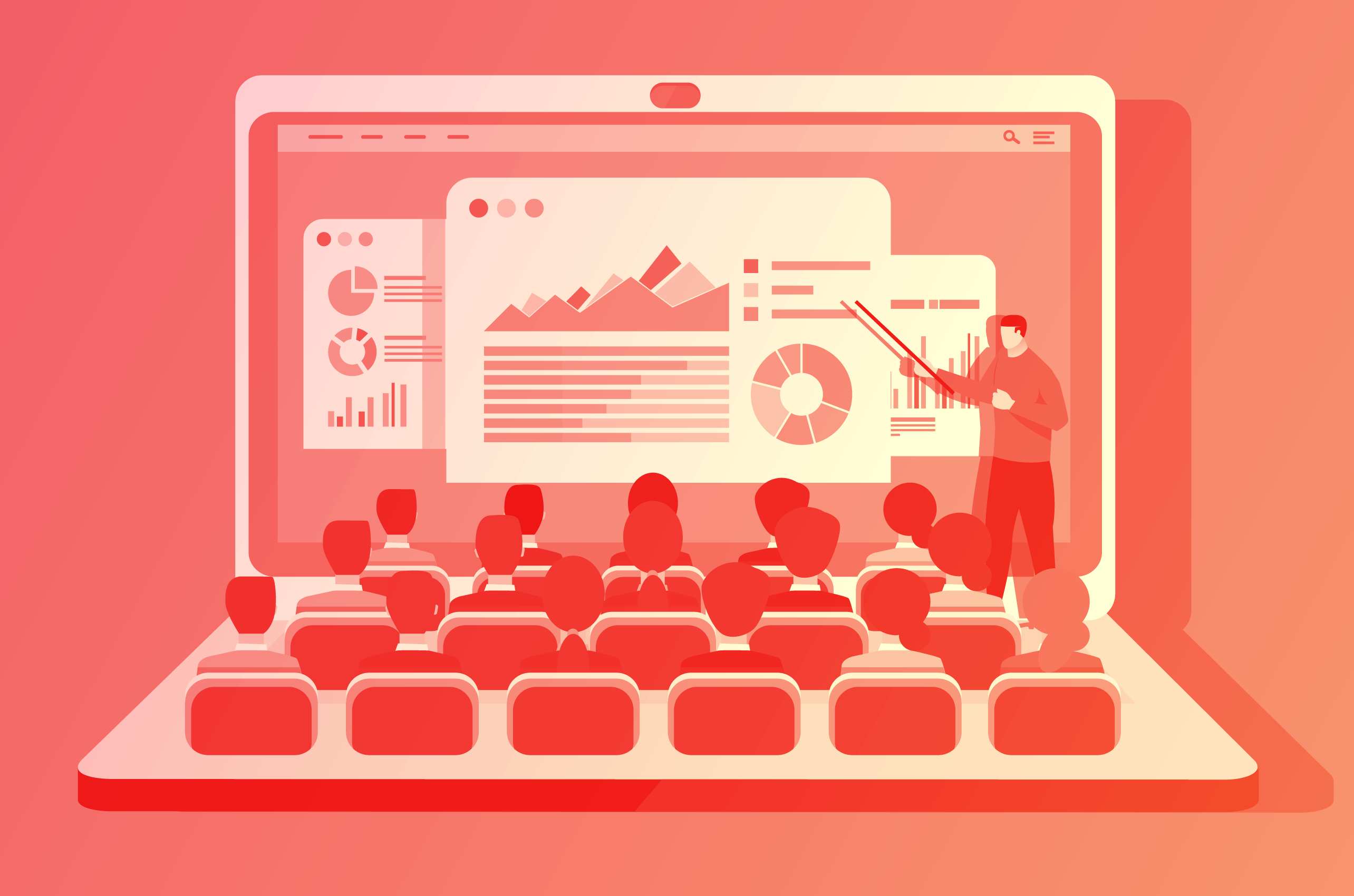 Atrium, a 100-person legal tech startup founded by Justin Kan, shut down in March after failing to find an efficient way to replace the arduous systems of law firms. The startup even returned some of its $75.5 million in funding to its investors, including Andreessen Horowitz.

The shutdown comes after the platform had pivoted just months earlier, laying off in-house lawyers and turning into a clearer SaaS play. Ultimately, Atrium’s failure shows how difficult and unprofitable it could be to disrupt a traditional and complicated system.

The closure came just three years after it launched with the goal to build software for startups to navigate fundraising, hiring, acquisition deals and collaboration with their legal team. 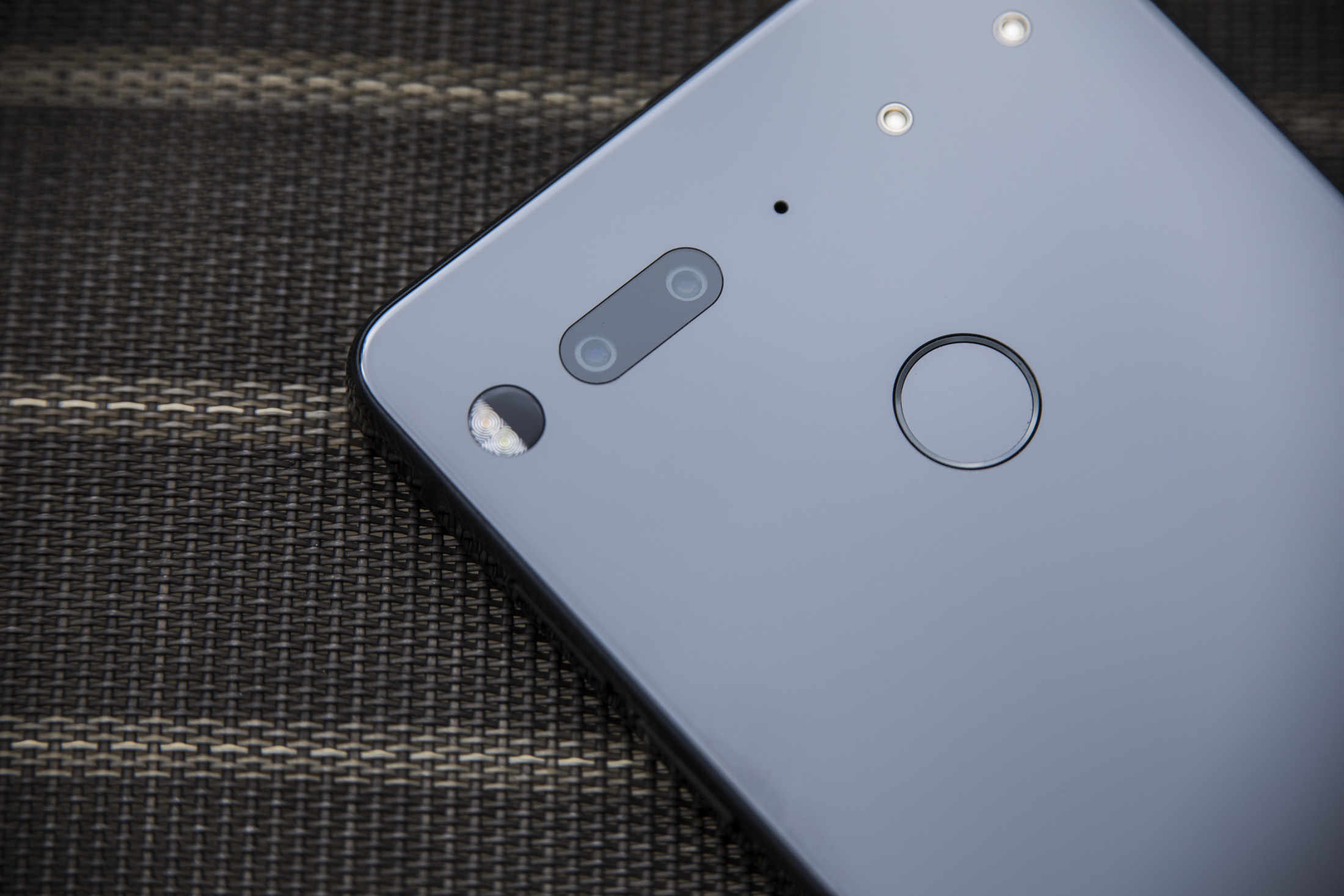 Big plans, big names and a boatload of money should have been enough to buy Essential a lengthy runway. Sure, Essential was entering a mature and oversaturated market, but the Playground-backed startup was doing so with $330 million in funding, a team of top industry executives and some genuinely innovative ideas.

When I spoke to the company at launch, an executive outlined a 10-year plan to become a major player in both the mobile and smart home categories. Ultimately, the company was able to eke out just under three years of life after coming out of stealth. And while it did give the world a promising handset, its connected home hub never arrived.

Timing, broader marketing issues and troubling allegations of sexual misconduct were all contributing factors that stopped Essential’s big plans dead in their tracks. 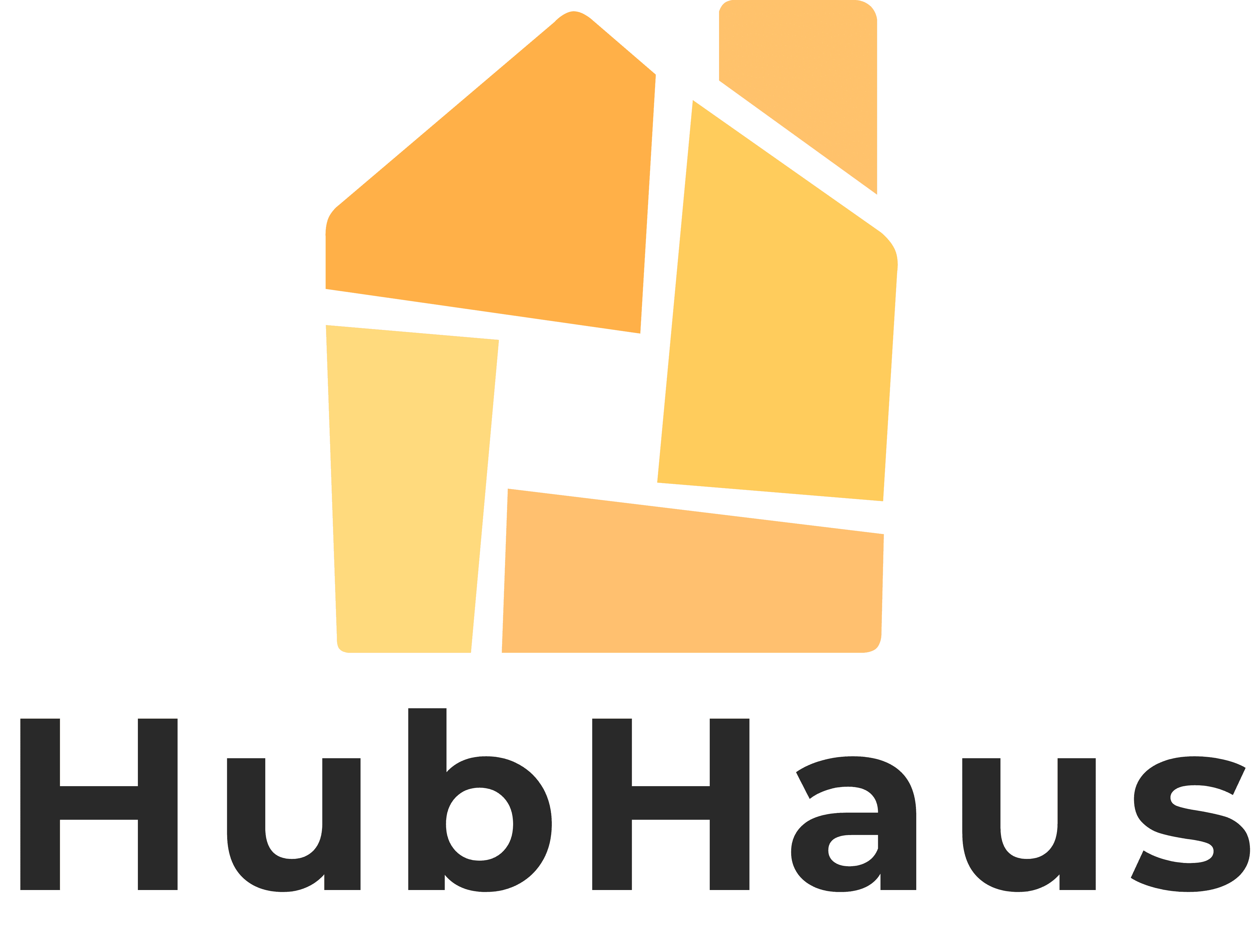 HubHaus, founded by Shruti Merchant, was a long-term housing rental platform rooted in the belief that adult dormitories would take off. The startup targeted working professionals in cities, and raised only around $11 million in known venture capital. When it came to raising a Series B, Merchant says the company struggled to close and lost investor interest due to WeWork’s failed IPO.

After then pivoting to a self-funded company, HubHaus was just finding footing when the coronavirus pandemic arrived in the United States, drastically hurting the rental market (as shown by Airbnb’s public struggles, as well). The housing company eventually decided to close down in September, leaving landlords, members and vendors in limbo and bringing on a fresh sweep of critique and controversy.

Affordable housing continues to be an issue in the Bay Area, and HubHaus’s departure from the scene underscores this truth. 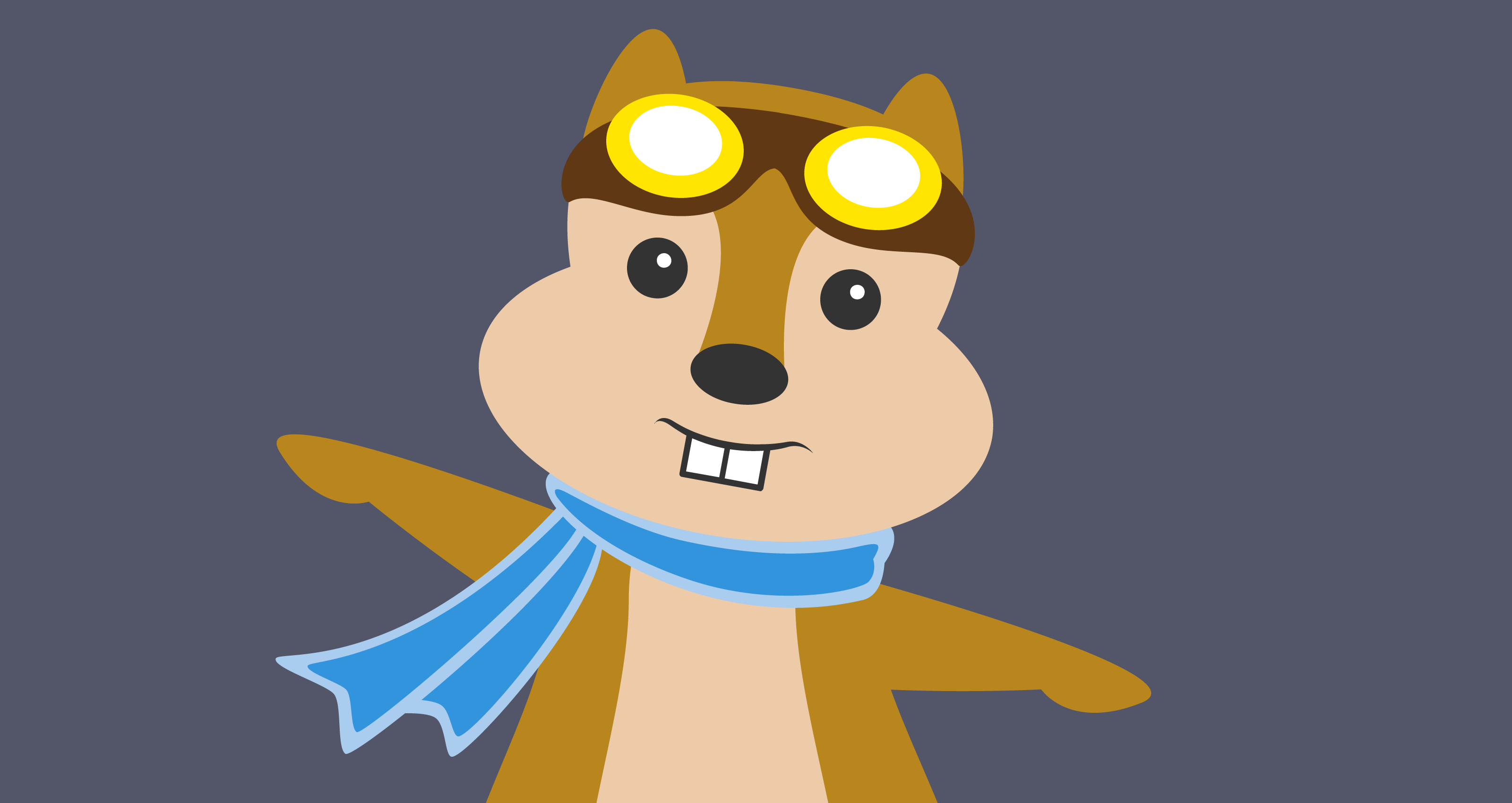 Hipmunk, founded by Adam J. Goldstein and Reddit co-founder Steve Huffman, was one of the first travel aggregation platforms on the market. The company put together information on flights, hotels and car rental all into one place so consumers could compare and contrast prices with ease.

The focus was enough for the platform to get acquired by Concur, but now after four years, the travel startup shut down. Notably, the travel startup’s closure wasn’t necessarily tied to the coronavirus pandemic. The site officially went dark on January 23, months before lockdowns came to the United States. 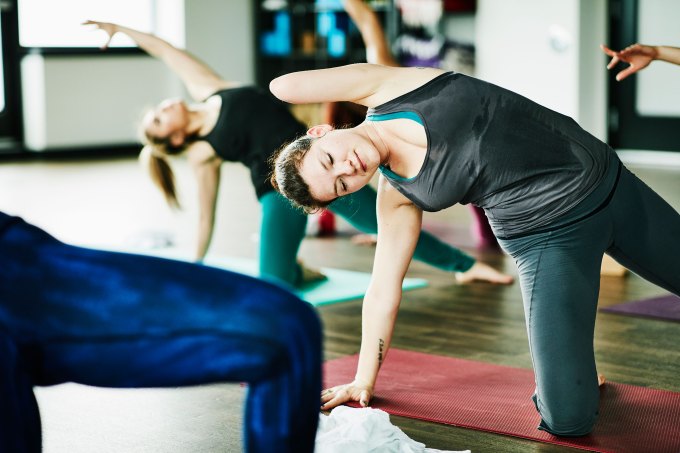 IfOnly had created a marketplaces of exclusive events — such as “goat yoga” — a business that faced obvious challenges during the pandemic. The startup was actually acquired by one of its investors, Mastercard, late last year, but the acquisition wasn’t announced until IfOnly revealed over the summer that it was shutting down.

Mastercard also said IfOnly’s team and technology are still part of its Priceless experience marketplace: “The IfOnly platform will continue to help advance our Priceless strategy and our combined team will be even better positioned and equipped to deliver exclusive experiences for cardholders globally.”

Microsoft shut down its Twitch competitor Mixer this year, handing off its partnerships to Facebook Gaming. The service had its roots in the software giant’s acquisition of Beam Interactive shortly after the startup won TechCrunch’s Startup Battlefield in 2016.

Before giving up, Microsoft made some big investments in Mixer’s success, most notably signing streaming superstars Ninja and Shroud to exclusive deals. (They became free agents after the shutdown.) However, Microsoft’s gaming chief Phil Spencer said the company suffered from starting out “pretty far behind” the biggest players in the streaming market.

Despite a busy year of innovation and venture for news media platforms, The Outline, which branded itself as “the next generation version of the New Yorker” was shut down. The media site was started by Josh Topolsky and had an explicit focus on serving millennials with a digital-first news media brand.

The shutdown was part of a broader layoffs at Bustle Digital Group, which acquired the publication in 2019. Pre-acquisition, The Outline had already scaled back its editorial staff and refocused on freelance articles. (Input — a tech site that Topolsky founded for BDG — continues to publish.) 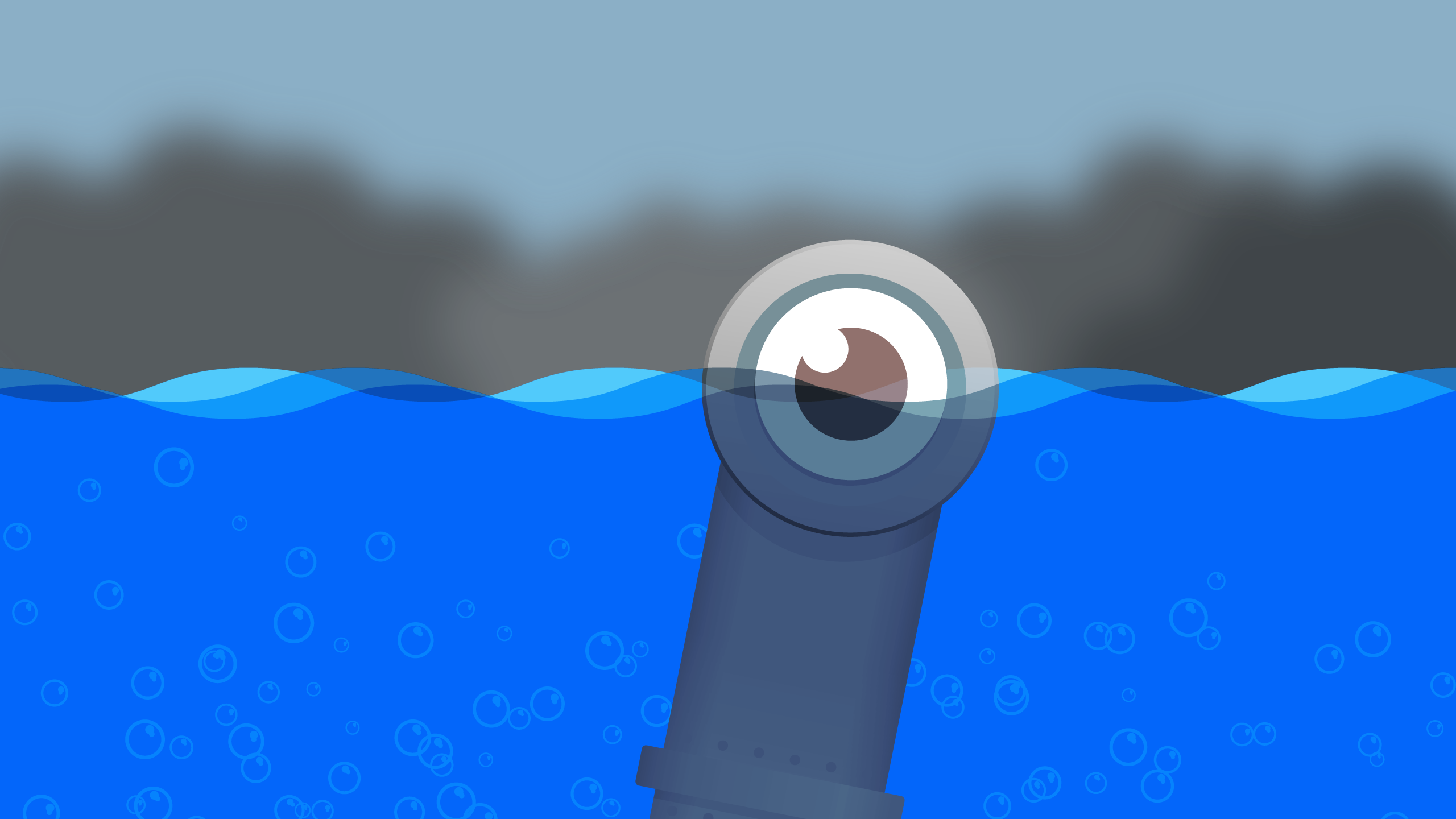 Periscope went out with more of a whimper than a bang. The startup was acquired by Twitter before it had even launched a product. With Meerkat bursting on the scene that year at SXSW, Twitter went on the offensive, buying the startup to build out its own live video offering.

Periscope’s run was decent as far as these things go, and its technology will live on as part of Twitter’s video offerings, even after the app is officially discontinued next March. But in the end, Periscope was a shell of its former self. In fact, this is a rare instance where the pandemic may have actually delayed its shutdown.

The company notes, “We probably would have made this decision sooner if it weren’t for all of the projects we reprioritized due to the events of 2020.” 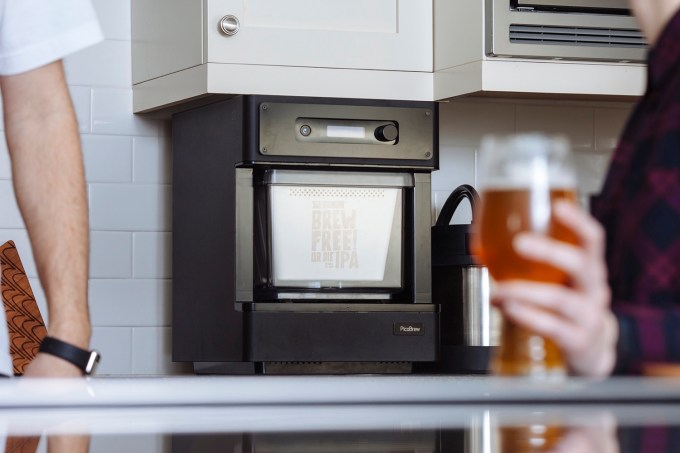 The company made beer-brewing machines that used coffee pod-style PicoPaks, then expanded into other categories like coffee and tea, but never quite attracted enough customers to make the business viable. It sold its assets earlier this year to PB Funding Group — a group of lenders recruited by then-CEO Bill Mitchell in 2018 to keep it afloat.

It’s possible that PicoBrew will live on in some form, as PB Funding Group says it’s seeking buyers for the company’s patents and other intellectual property, and that it will keep the website running in the short term so that the machines don’t stop working. 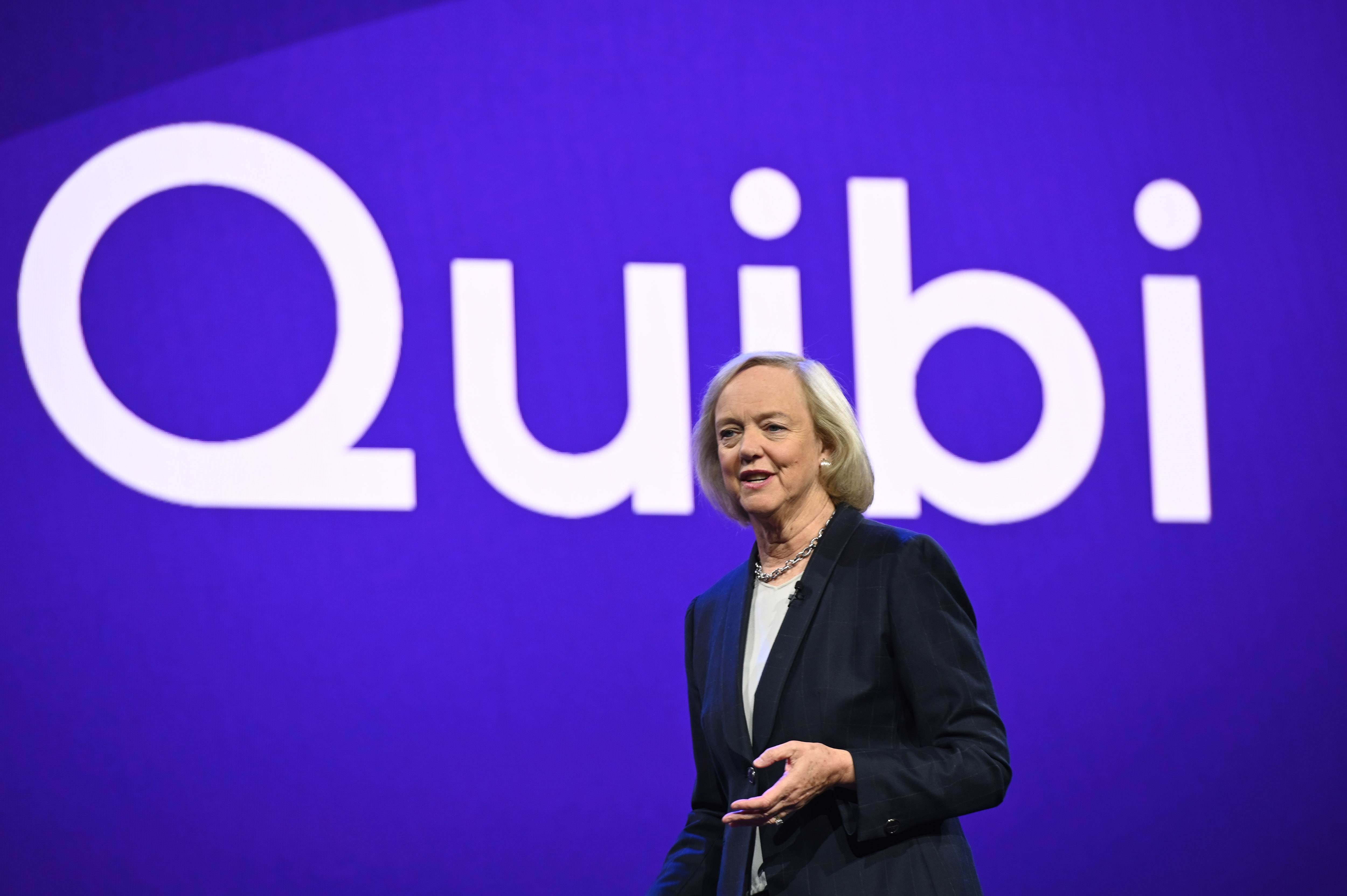 More so than any tech company in recent memory (with the possible exception of Theranos), Quibi’s existence feels like a fever dream. $1.75 billion in funding later and what do we have to show for it? “Fierce Queens,” a nature documentary about female animals. The HGTV-style program, “Murder House Flip.” And, of course, “The Shape of Pasta.” A show about pasta.

Early reports of the service’s demise seemed premature — if only because there was seemingly no way a company could burn through that much capital that quickly. By late-October, however, it was over. “All that is left now is to offer a profound apology for disappointing you and, ultimately, for letting you down,” founders Jeffrey Katzenberg and Meg Whitman wrote in an open letter.

Sometimes startup failures are bad timing. Sometimes it’s just plain bad luck. With Quibi, the diagnoses of what went wrong can be summed up in one word: everything. 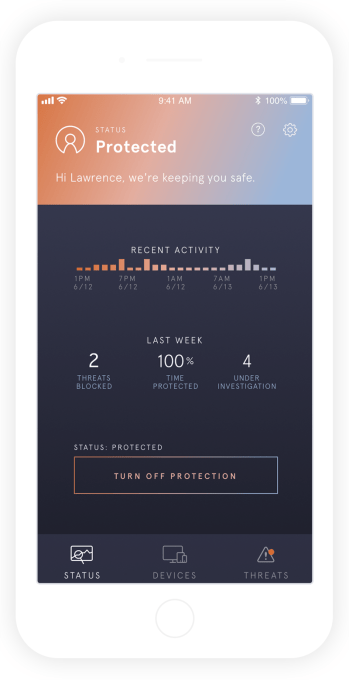 Rubica spun out of security company Concentric Advisors with the aim of offering tools that were more advanced than antivirus software, while still remaining accessible to individuals and small businesses. CEO and co-founder Frances Dewing said that when customers cut back on spending during the pandemic, the company tried to shift its focus to larger enterprise, but it failed to convince investors there was a business there.

“We were all really surprised given how relevant and needed this is right now,” she said. “Investors didn’t agree with that or see it in the same way.” 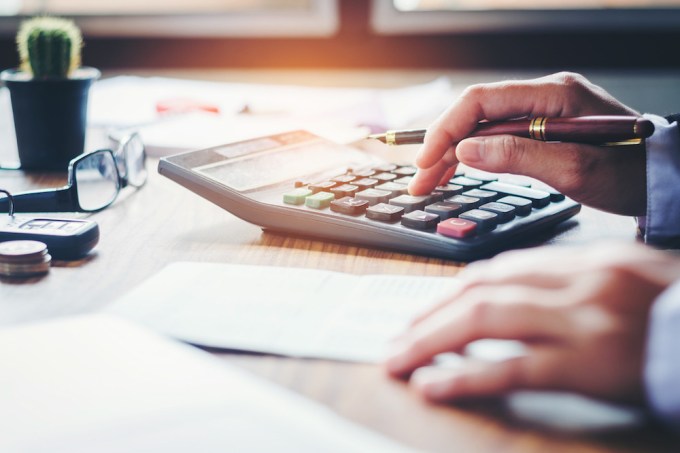 ScaleFactor was a startup claiming to offer artificial intelligence tools that could replace accountants for small businesses; it blamed the pandemic for cutting its revenue in half and forcing the company to shut down. However, former employees and customers told Forbes a different story — that ScaleFactor actually relied on human accountants (including an outsourced team in the Philippines) to do the work.

While it’s hardly unprecedented for a startup to fudge the truth about their level of automation versus human labor, this reportedly resulted in error-filled accounting for ScaleFactor clients. (Responding to a fact-checking email, former CEO Kurt Rathmann said the email was “filled with numerous factual inaccuracies and misrepresentation” and declined to comment further.) 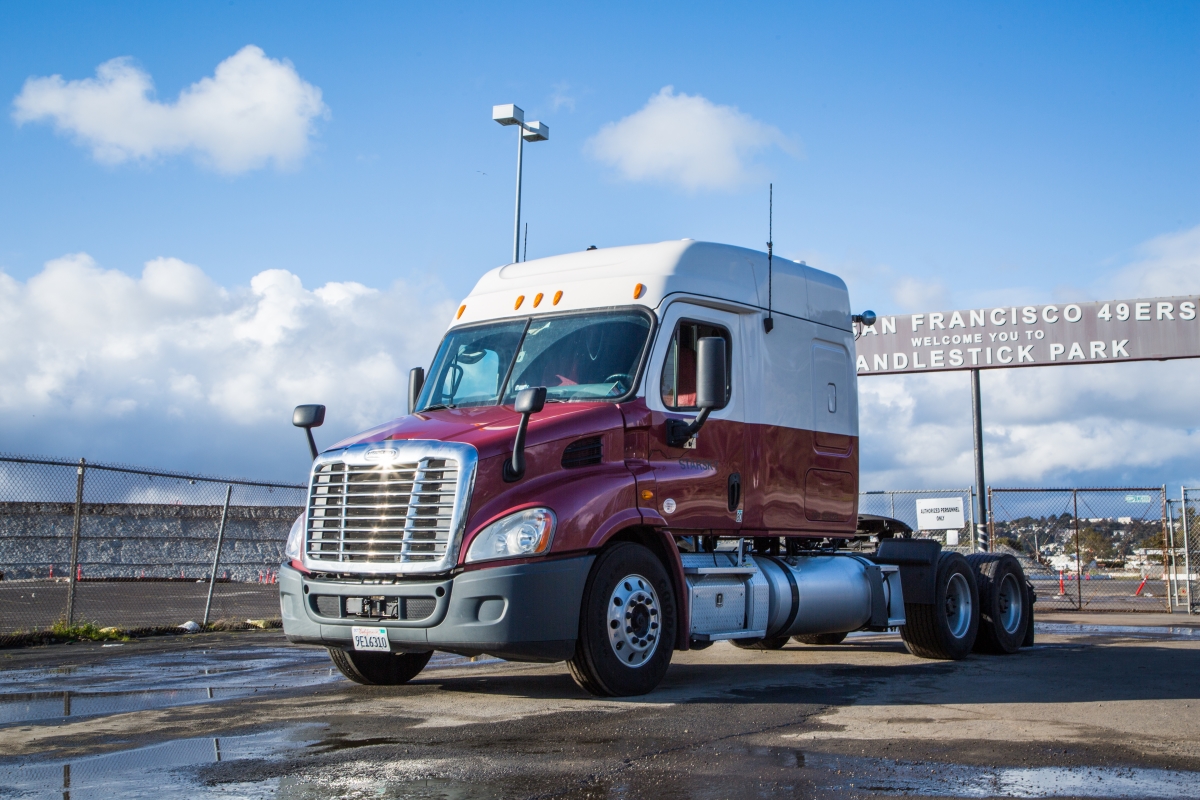 “In 2019, our truck became the first fully-unmanned truck to drive on a live highway,” Starsky Robotics co-founder and CEO Stefan Seltz-Axmacher wrote in a Medium post in March. “And in 2020, we’re shutting down.” After five years and $20 million in funding, the autonomous trucking company shut its doors that month. It wasn’t for lack of ambition or demand — it seems safe to assume there’s still a bright future for self-driving trucks.

Ultimately, however, Starsky won’t be along for that ride — a fact Seltz-Axmacher blames largely on timing. A crowded market is certainly at play, as well, with countless companies currently pushing to bring autonomous technology to the road. 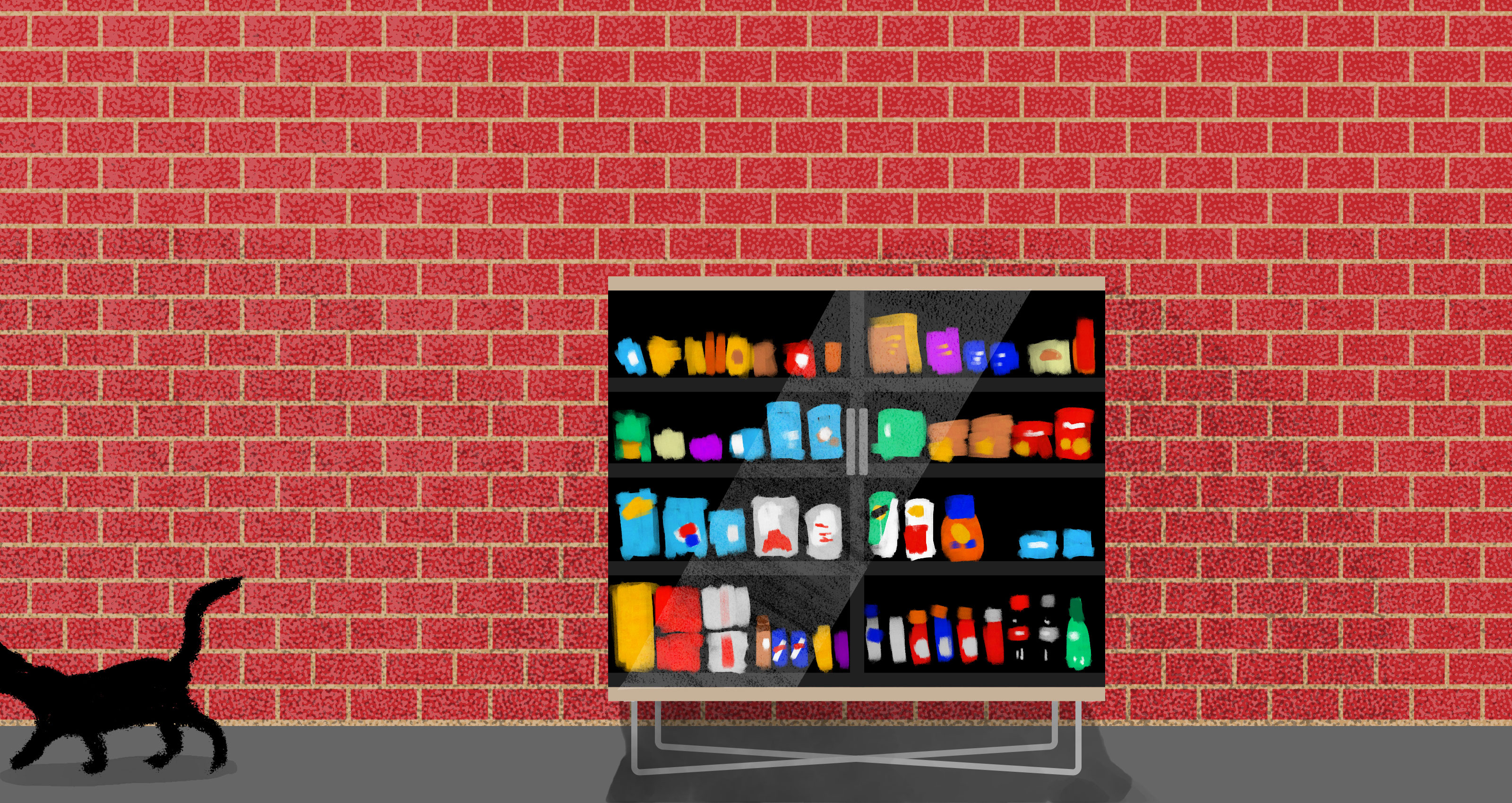 Founded in 2018 by ex-Googlers, Stockwell AI shut down after being unable to find business for its in-building smart vending machines that stocked everything from condoms to La Croix. The company blamed the “current landscape” (also known as the global pandemic we are experiencing) for its closure. 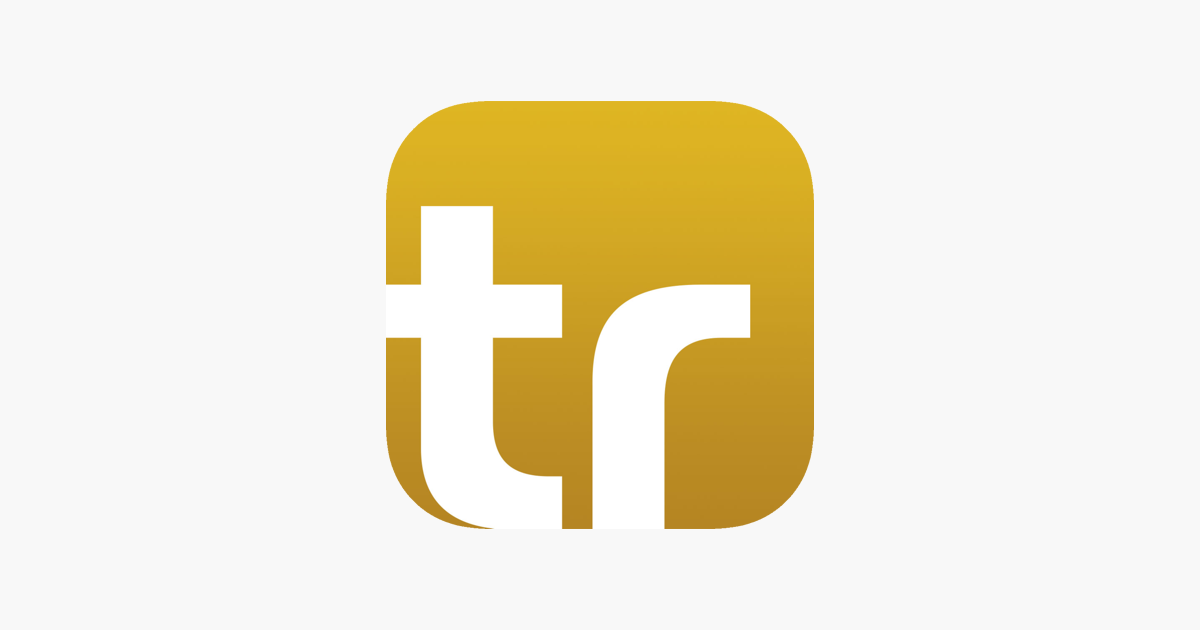 Another travel-focused startup bites the dust as the coronavirus limits the chance to safely explore the world (let alone your neighborhood). Trover, a photo-sharing hub for travelers acquired by Expedia, shut down in August. The startup was founded by Rich Barton and Jason Karas and was meant to connect people travelling to the same places. The startup had quite the life: it began out of the remains of TravelPost, a travel review site, and got scooped up by its parent company when it only had $2.5 million in funding. Unfortunately, its nine-year journey is over for now.