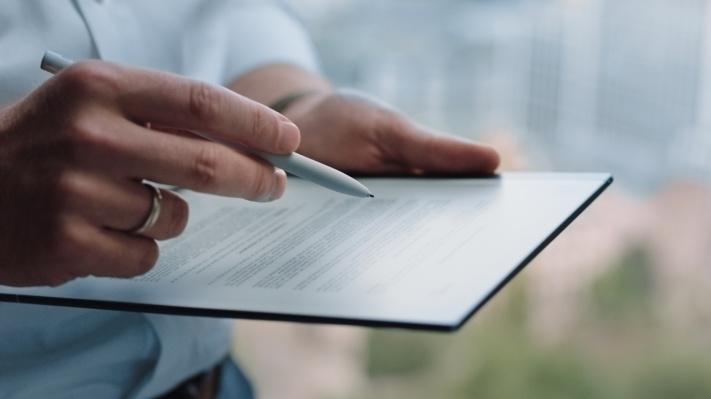 It’s no secret I’m a fan of the reMarkable, a tablet with a paper-like display that’s focused on text and sketching rather than rich media and games. The sequel to the original, announced today, looks to make a good thing even better.

Designed for the creation and consumption of monochromatic content like long documents, e-books, notes and sketches, the reMarkable set itself apart as a more minimalist alternative (or complement) to the likes of the iPad or Surface. The device was crowdfunded and has sold more than 100,000 units; meanwhile, the company has grown and attracted a $15 million A round. One sees in retrospect that the money helped launch this successor.

The most obvious change is to the design. It has a bold asymmetrical look with a chrome band along the left side, indicating the tablet’s main use as an alternative to a paper notebook: Hold it with your left hand and write with your right. Sorry, lefties.

The new tablet is just 4.7 mm (0.19 in) thick, thinner than the iPad Pro and Sony’s competing Digital Paper tablets, both of which are 5.9 mm. Let’s be honest — at these levels of thinness it’s getting hard to tell the difference, but it’s an accomplishment nevertheless. 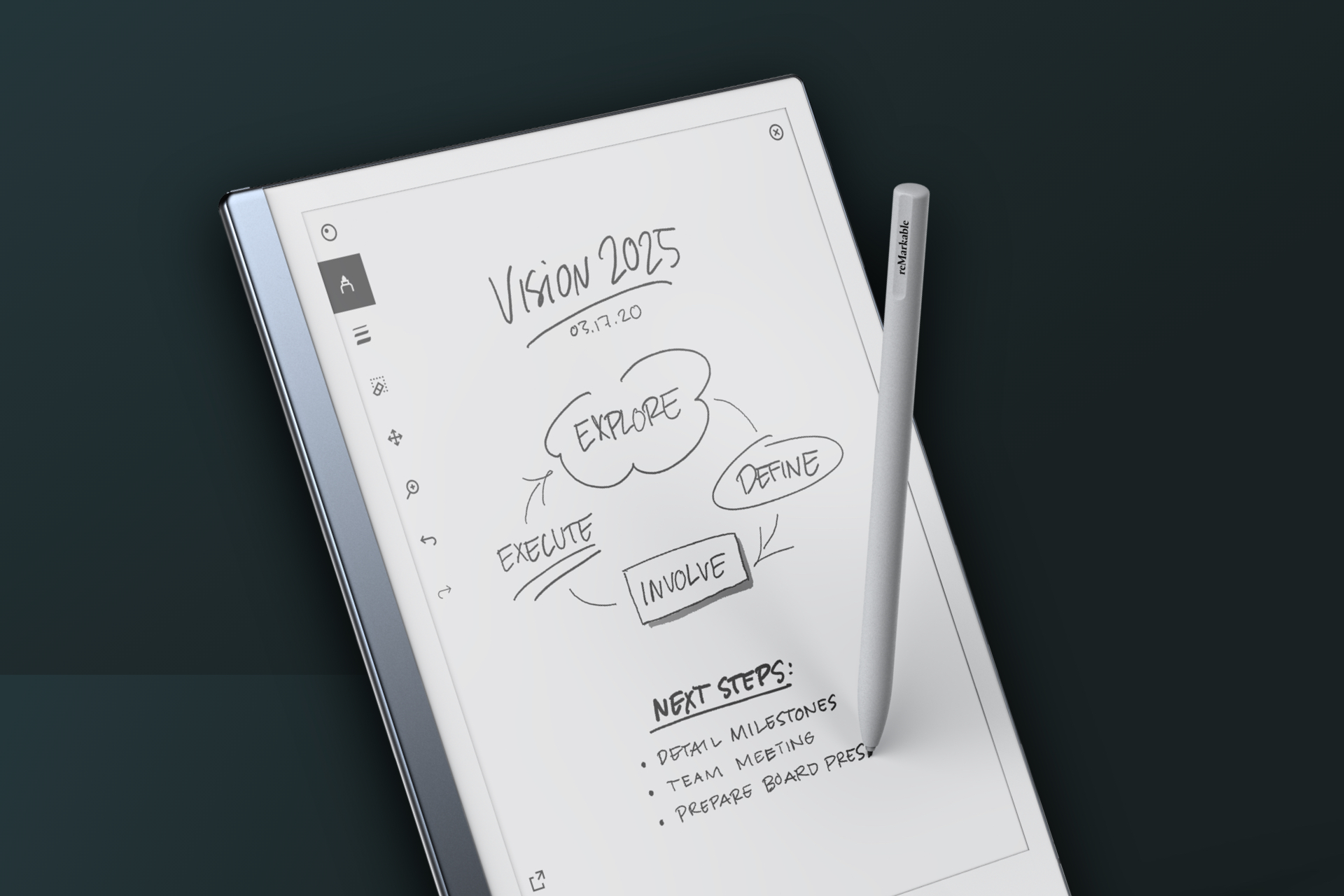 Probably the best thing about the original reMarkable, however, was how good it felt to write and draw on, and the company has spent the last few years improving that wherever they can. For one thing, the already very small delay of about 40 ms between touching the screen with the stylus and a line appearing has been nearly cut in half.

That’s an area where every milli-unit counts. The lag on a real pen and paper is zero, of course, and while the reMarkable was good, there was still a very slight lag, especially when making large gestures or lines. As the company explained to me:

The hardware to further push the latency down further did not exist, so we decided to invent the technology ourselves. We redesigned both the hardware and software architecture that controls the display through a completely new display controller that changes how the display itself is electrically controlled, down to the voltages and electrical currents applied in complex waveforms to each individual pixel, millions at a time. The result is a 20ms latency, smoother ink flow with less jitter, and a completely uncontested digital writing experience perfected.

I intend to investigate this myself once I get my hands on one of the new devices. The company worked with E Ink, the main manufacturer and investor in e-paper type displays, to accomplish the new display, which has the same specs as the previous one otherwise: 10.3 inches, monochrome, 1872×1404 resolution for 226 DPI.

The software running on the reMarkable has received several major updates since the product made its debut, adding things like handwriting recognition, a new interface, better performance and so on. But one of the most requested features is finally coming with the new device: saving articles from the web.

Unfortunately they didn’t answer my specific request of adding Pocket integration, deciding instead to roll their own with a Chrome plugin that sends a reformatted web page to the device. Unfortunately I use Firefox, but I can make an exception for this.

The company is claiming a 3x boost to battery life, using the same 3,000 mAh battery, based on performance improvements throughout and a more efficient (but more powerful) dual-core ARM processor. That means two weeks of use and 90 days of standby. This is welcome news, because frankly the battery life and power management on the last one were not great. 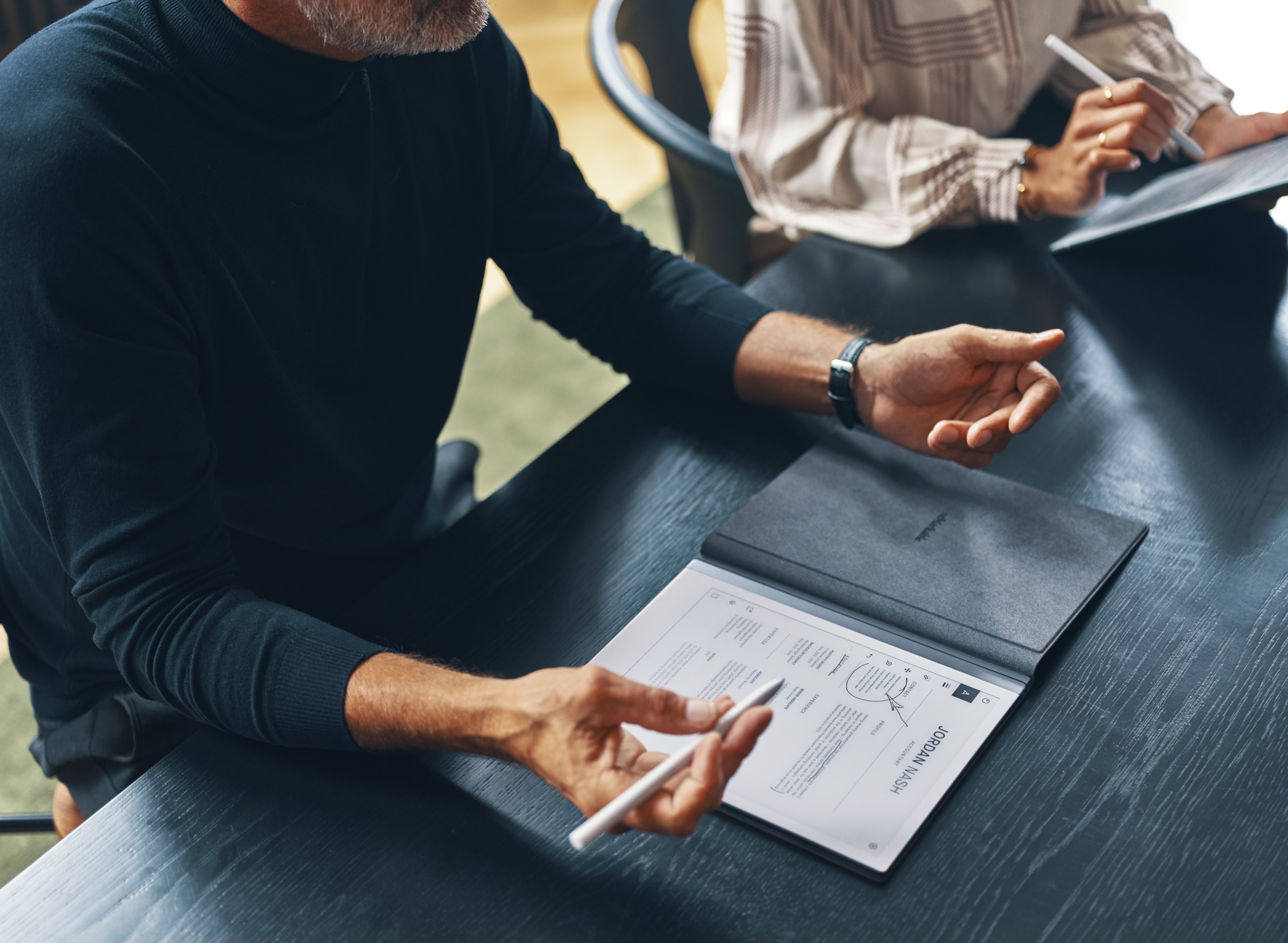 Lastly, the “Marker” itself is getting an upgrade I’ve desperately wanted since the first day I tried the tablet: an eraser. You could always erase by selecting that tool, of course, but now one of the tips of the stylus will activate it automatically, a feature borrowed from Wacom and accomplished in collaboration with them. Of course, the eraser-enabled “Marker Plus” costs $99, $50 more than the plain one. They both stick onto the tablet via magnet, though.

“We’ve worked closely with Wacom the last two years to create Marker Plus, the most beautiful pen we have ever made,” reMarkable co-founder and CEO Magnus Wanberg told TechCrunch. “In addition to premium materials and design, it features an end-cap eraser that works seamlessly with the reMarkable software. We’ve fined-tuned the eraser sensor in collaboration with Wacom’s engineering team to make sure it looks and feels like just a real eraser on paper.”

But overall you’re looking at a much cheaper package. The reMarkable, for all its merits, was not cheap at $700. The reMarkable 2 will sell for $399 if you pre-order, and comes with a Marker and a nice folio case. For anyone who was on the fence about the first one, the sequel may prove irresistible.