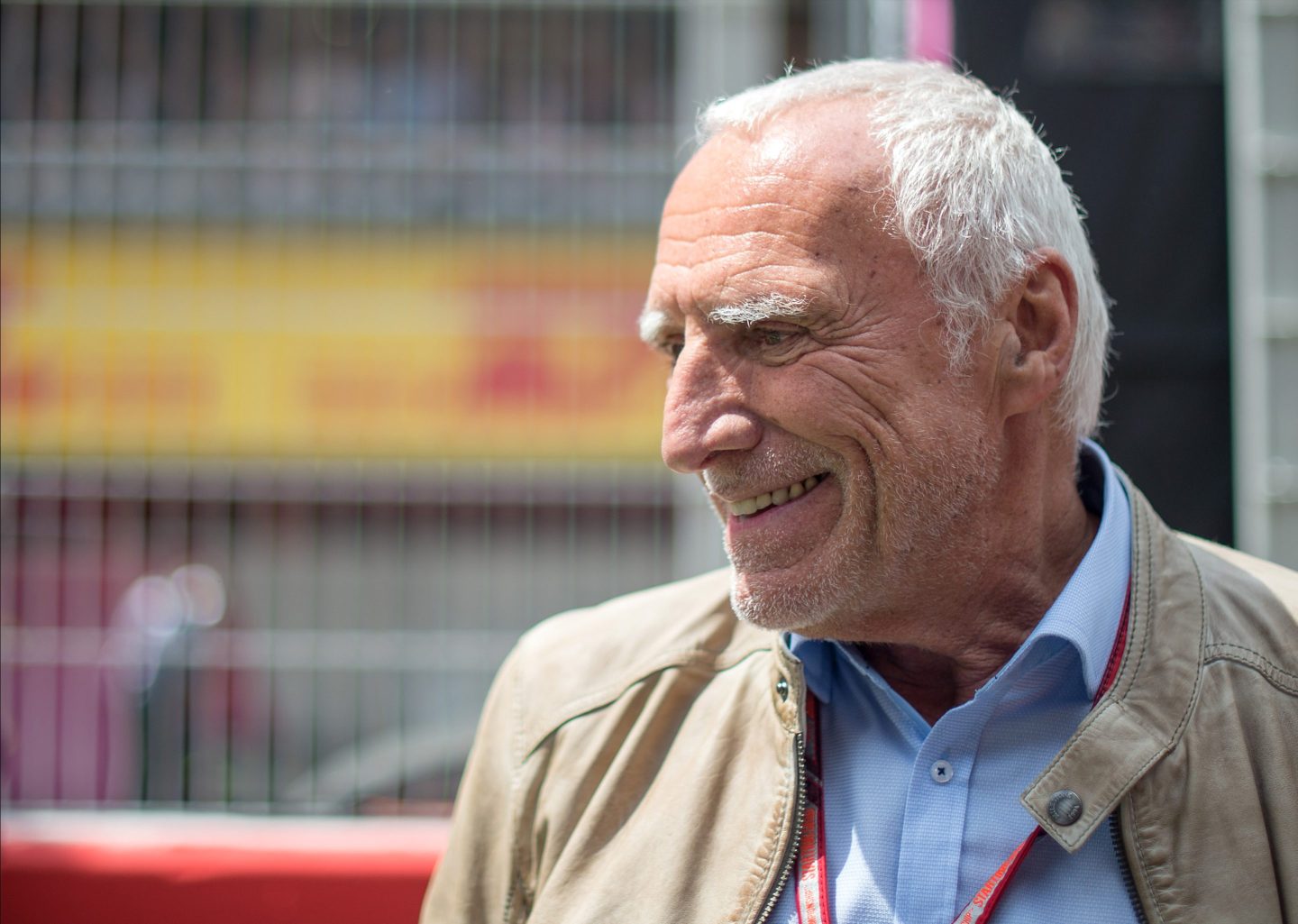 Austrian billionaire Dietrich Mateschitz, the co-founder of energy drink company Red Bull and
founder and owner of the Red Bull Formula One racing team, has died. He was 78.

Officials with the Red Bull racing team at the United States Grand Prix in Austin, Texas, announced
Mateschitz’s death Saturday. There was no immediate word where he died, or a cause of death.

“The thoughts of all the FIA family are with his loved ones at this time and he will be greatly missed.”

Mateschitz gained fame as the public face of Red Bull, an Austrian-Thai conglomerate that says it sold nearly
10 billion cans of its caffeine and taurine-based drink in 172 countries worldwide last year.

Mateschitz not only helped the energy drink become popular around the world, but also built up a sports,
media, real estate and gastronomy empire around the brand.

With the growing success of Red Bull, he significantly expanded his investments in sports, specifically
motorsports and extreme sports, and Red Bull now operates football clubs, ice hockey teams and F1 racing
teams. Red Bull also has contracts with hundreds of athletes in various sports and a deep driver development
program to get racers to the top level.

“It’s been hard news for everyone — what he has meant for Red Bull, and of course the sport, and especially
for me,” said Max Verstappen, who wrapped up his second consecutive F1 title two weeks ago.

Verstappen on Sunday at Circuit of the Americas will try to tie Michael Schumacher and Sebastian Vettel with
an F1-record 13 victories in a season, and he’ll also attempt to clinch the constructors championship for
Red Bull.

“What he has done for me, my career so far, and in general my life, it’s really tough, it’s a really tough
day,” Verstappen said. “There’s still a race ahead and we’re going to try to make him proud tomorrow.”

Mateschitz and Thai investor Chaleo Yoovidhya founded the company in 1984 after Mateschitz recognized the
potential in marketing Krating Daeng – another energy drink created by Chaleo – for a western audience. Red
Bull says Mateschitz worked on the formula for three years before the modified drink was launched under its
new name in his native Austria in 1987.

The Red Bull Racing team has enjoyed success in Formula 1, winning the constructors’ championship in 2010,
2011, 2012 and 2013, while German driver Vettel won four drivers’ championships in row while signed to the
team.

Verstappen started in Red Bull’s driver development program and became the youngest driver in F1 history to
start a grand prix when he started with the junior Toro Rosso team at age 17 in 2015. The Dutchman is
now the most dominant driver in the sport.

“So many of us have to be so grateful to him for the opportunities he’s provided and the vision he had, the
strength of character, and never being afraid to follow dreams, and chase dreams. That’s what he did here in
F1, proving that you can make a difference,” Red Bull team principal Christian Horner told Sky Sports F1.

Red Bull operates soccer teams in top divisions across Austria, Germany, Brazil and the United States. The
company started by buying Austrian club SV Austria Salzburg in 2005 and rebranding it in the company colors
under the name Red Bull Salzburg.

It repeated the move in Germany, where it bought fifth-tier club SSV Markranstädt in 2009, rebranded it as
RasenBallsport Leipzig, and financed its steady progress through the league system till it was promoted to
the Bundesliga in 2016. German league regulations prevented the company from naming the team Red Bull
Leipzig – its name in German, RasenBallsport, means “grass ball sport Leipzig” but the club just refers to
itself as RB Leipzig.

Mateschitz also made headlines for his populist views. He previously criticized German chancellor Angela
Merkel for her handling of the refugee crisis over 2015-16. The Austrian Servus TV station, owned by Red
Bull Media House GmbH, is known for promoting right-wing provocative views.

Mateschitz bought the Jaguar Racing team from previous owner Ford at the end of 2004 and rebranded it as Red
Bull for the 2005 season. Later that year, he then also bought Minardi and renamed it Toro Rosso, astutely
using it as a feeder team for Red Bull.