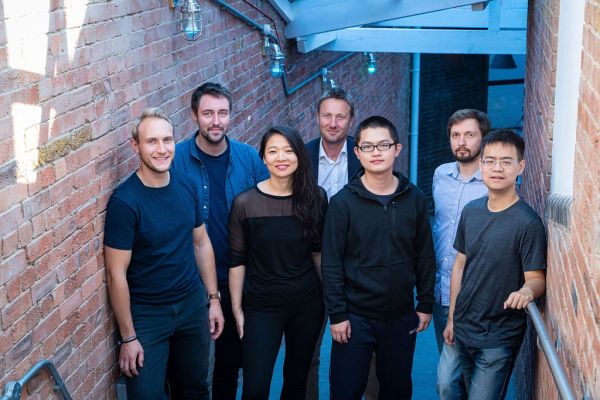 There remains a problem with the race to create a quantum computer, which is that experiments in this area can be extremely error-prone. Rahko is a new U.K. startup that thinks it can address this problem with what’s known as “Quantum machine learning.”

It’s now raised £1.3 million ($1.6 million) in a seed round led by Balderton Capital, a rare move for a VC that normally only comes in at a Series A level. Joining the round is AI Seed and angel investors Charles Songhurst (former Microsoft head of Corporate Strategy), Tom McInerney (founder, TGM Ventures), John Spindler (CEO, Capital Enterprise) and James Field (CEO, LabGenius).

Leo and Ed were longtime collaborators through their PhDs at University College London. They had been working on research in quantum machine learning (QML) with now lead developers Shuxiang Cao and Hongxiang Chen for several years and had been consolidating all their research into a QML platform.

They say the QML platform attracted serious attention from a tech giant and overtures were made. Leo and Ed made the decision not to give away control of the sum of their work, and decided instead to launch a business to commercialize it.

Chemical simulation is a vital capability for research that has not advanced significantly in recent years due to the limited computational power of classical computers. Rahko claims it has an arsenal of tools that may make quantum computers accessible and commercially usable at an accelerated pace, often through the use of hybrid approaches with classical computers.

Leo Wossnig, CEO, said: “Most people find quantum computers mysterious and wonder if they are going to save or break the world as we know it. In reality, quantum computing is going to unlock radical advances in areas of research and technology in which we have found ourselves stuck for some time now. Our team is excited to get together every day to work on problems that would have been impossible to solve only a couple of years ago. We are delighted to welcome on board this unique group of investors who truly share our excitement.” Earlier this year, Wossnig was the recipient of the prestigious 2019 Google Fellowship in Quantum Computing for his achievement in computer science.

Lars Fjeldsoe-Nielsen, general partner at Balderton Capital, said: “Rahko is one of the top teams in the world working on a complex space at the very edge of science and computing. The application of discoveries within quantum has already been profound and impacted our fundamental understanding of the world around us. The pace and rate of change in this field over the past few years has been astonishing, and we feel incredibly lucky to be supporting this exceptional team as they continue to push the boundaries of what’s possible.”

Rahko is one of several startups originating from UCL’s Computer Science programme, supported by Conception X, a venture builder for deep tech startups. It works in partnership with several of the world’s largest quantum hardware manufacturers, leading academic teams and national laboratories.

Wossnig added: “Quantum software is a relatively new field. It is growing very quickly but at this stage the field is small enough for us to know all of the best teams out there and be working with many of them. IBM and Microsoft, for instance, have large software teams but we are partners with both of them.”

The entire quantum computing industry is relying on quantum hardware maturing to a scale that will allow powerful, commercially valuable applications. It’s estimated this will be in three-five years. Until this happens it is a little premature to say definitively who is leading the race.