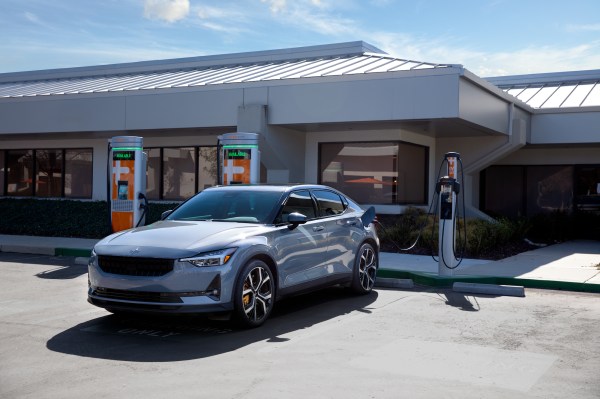 A new alliance between Swedish electric performance automaker Polestar and EV infrastructure startup ChargePoint takes aim at the charging experience with the debut of an in-car app that will let customers seamlessly charge their Polestar 2 model vehicles.

Seamless charging—being able to pull up to a charging station, plug in and let the vehicle handle billing and payment—has been dominated by Tesla through its branded Supercharger network. Most other EV drivers have to pay for charging using an RFID card or smartphone, and the convenience level is on-par with a traditional gas station. The partnership eliminates the need for these extra items at ChargePoint’s more than 130,000 stations. The app will embed directly into Polestar 2’s in-car “infotainment system,” which runs on Google’s Android Automotive OS.

There have been some inroads into seamless charging elsewhere, most notably by Electrify America, the entity established by Volkswagen as part of its settlement with U.S. regulators over its diesel-emissions scandal. It introduced an in-car payment technology dubbed Plug&Charge last November that will allow 2021 models of the Porsche Taycan, Ford Mustang Mach-E and Lucid Air to seamlessly charge at its stations.

The partnership also takes aim at the buying experience, another area that Tesla’s cornered with its branded Wall Connector home charger. Polestar 2 drivers will now be able to order the $699 ChargePoint Home Flex home charger alongside the purchase of a Polestar 2 and arrange for home installation prior to vehicle delivery.

It’s a blueprint for future collaboration between the two companies, ChargePoint senior VP Bill Loewenthal said in a statement. The partnerships may be the start of many more alliances between automakers and EV infrastructure companies who see user experience as a key part of their value proposition.