Pinterest adds favorites, notes and a new toolbar after increased use of boards during pandemic – TechCrunch Pinterest today is adding a few new features — notes, favorites and a board toolbar — aimed at helping those who use their boards for making lists of gift ideas, or who have a hard time navigating and sorting through boards with a larger number of items. The additions follow a blowout third quarter for the social platform which benefited from the increases in screen time during the Covid-19 pandemic, which kept people indoors to shop, socialize, and plan online.

To make it easier for those who are using boards to remind them of things to try or — as the holidays roll out — buy as gifts, a new “Notes to self” feature could be useful. This allows users to add private notes to their Pins on either their public or private boards, including on boards where they’re collaborating with others. This feature is interesting because it could also serve as a rudimentary communication system between multiple parties who are working on projects together, where resources are organized on Pinterest’s platform. 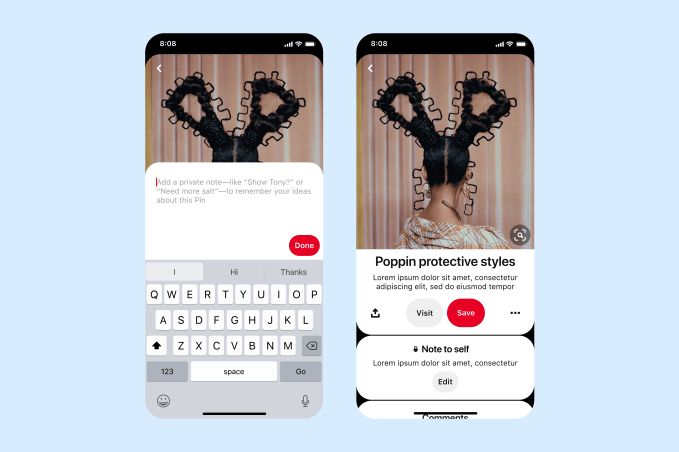 Connecting Pinterest users with a broader audience is something the company has been experimenting with, as of late. As we reported in November, Pinterest has been testing an online events feature that allows influencers and creators to use the platform to host classes, organize class materials, and group chat with attendees. A “notes” feature was part of this test, as well.

Another new addition rolling out today is a board toolbar designed for active boards with over 150 Pins. The toolbar makes it easier to sort through the Pins by offering to connect users to actions that can be taken on board. This includes things like organizing the board, creating to-do’s, or exploring more ideas that are related to the Pins. 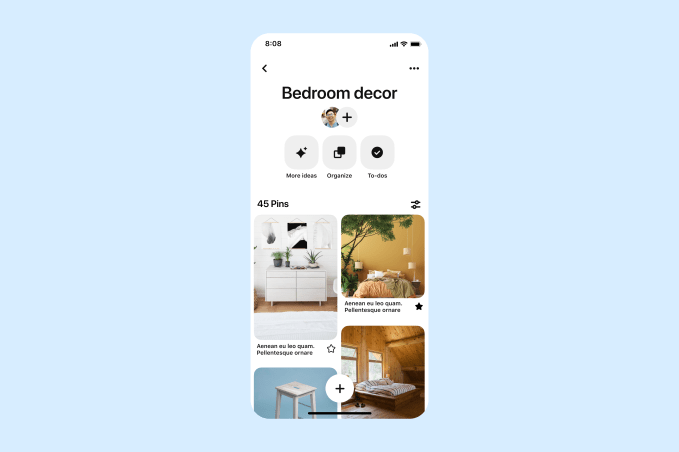 Similarly, a board favorites feature is being launched today to help users better organize boards that have many Pins. Though it doesn’t require a large board to work, the feature could help to surface a user’s top Pins from a larger list of items. To mark a Pin as a favorite, you’ll just use the star icon on the board toolbar.

Pinterest says the features were built with user feedback and none of the new additions will be used for ad targeting. A three features are available globally and will roll out across all platforms, starting today.