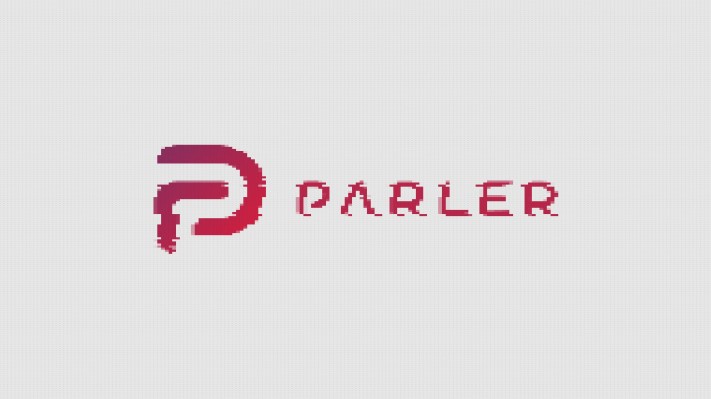 Parler, a social network adopted by the far right and recently kicked off AWS for its userbase’s habit of advocating violence, is back online. The restoration questions the notion that “big tech” can take and keep an unwanted presence offline, but Parler’s return is not quite a triumph, and its new CEO doesn’t suggest much of a change in philosophy.

Users can now log in to Parler on the web, but when they do they will find that all their old posts and content have been removed. It’s unclear whether this was a consequence of the hurried exit from AWS last month, a scorched-earth policy regarding the content that got the site in hot water in the first place or for some other reason.

Fortunately someone had the presence of mind to make a backup, though not with the intention of restoring it. @donk_enby scraped millions of posts and media files from the site for posterity, something that has already borne fruit as researchers have used the files to show, for example, where certain users were on the day of the Capitol riots. (She is currently pointing out various problems with the new Parler’s web rollout.)

The new site is described in a statement as using “sustainable, independent technology and not reliant on so-called ‘Big Tech’ for its operations.” The new host is SkySilk, seemingly a reseller of OVHcloud, and I’ve asked if the company plans to enforce its terms, which generally but not specifically prohibit things like threats of violence. (The details of the terms violations were made more public in Parler’s attempt to force Amazon to reinstate it.)

Parler, for its part, aims to make itself a bit less of an easy target by upping its moderation game. The site will supposedly be using both AI and human moderators to watch for content that could rock the boat — though Facebook has been trying this for years and still hasn’t quite got the hang of it.

They may have an easier job of it, considering Parler is still barred from the Google Play Store and iOS App Store. That’s a huge damper on activity, since mobile users make up a large part of social networks. So the flood of content the site could not adequately monitor in early January may have slowed to a trickle. (I’ve asked the company for more information on this and other matters and will update this post if I hear back.)

Meanwhile, the operation is being overseen by a new interim CEO after the ouster of John Matze by the board. The one to fill the role is Mark Meckler, founder of the Tea Party Patriots, staunch opponents of Obamacare and big fans of debunked COVID-19 treatment hydroxychloroquine. The group was also behind the infamous “America’s Frontline Doctors” event and was one of the organizers of the March to Save America that turned into the Capitol Riots.

Meckler’s pedigree suggests that despite the claimed moderation improvements, this is hardly Parler turning a new leaf. With the deliberate (and apparently unavoidable) break with “Big Tech,” however it is defined, and a CEO who embodies the same qualities that ran amok before, it seems a lot more like stubborn defiance than introspection and graceful compromise.